Israel Appropriated 1,000 Acres of the West Bank. Why Now? 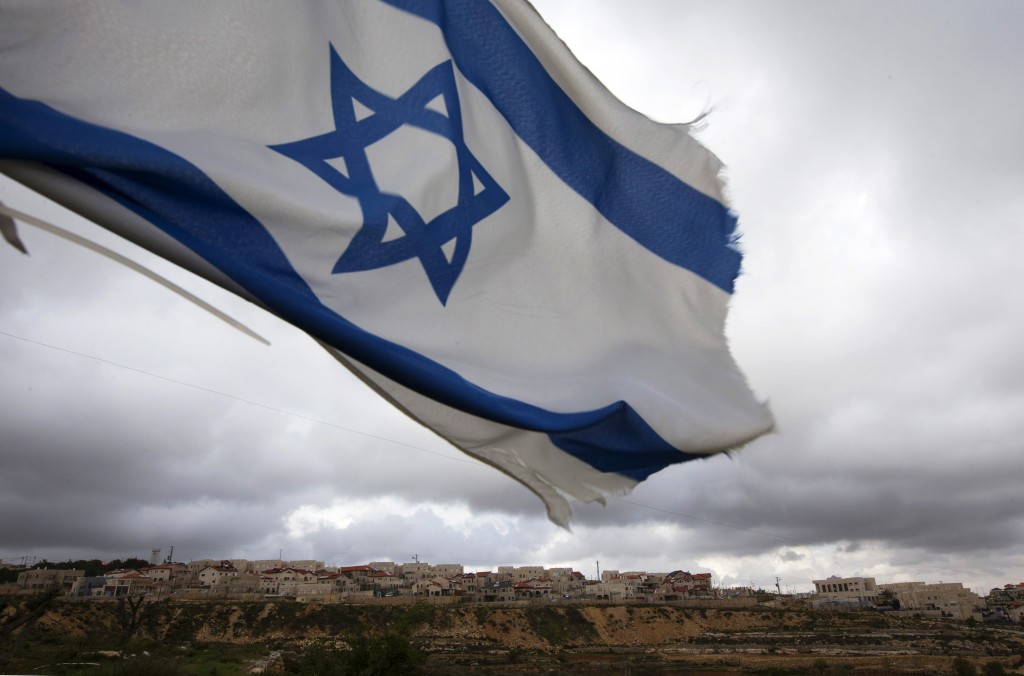 An Israeli flag flies on a hill near the West Bank Jewish settlement of Elazar, near Bethlehem March 17, 2013. REUTERS/Ronen Zvulun

Last week, Israel announced that it was appropriating nearly 1,000 acres of private Palestinian land near Bethlehem. The seizure, which one anti-settlement group called the largest in 30 years, was condemned by Palestinians, the United Nations, and criticized by the United States.

Israel has said that the move is retaliation for the June kidnapping and murder of three Israeli teenagers. Settlement has long been considered a fair response to Palestinian attacks by some parts of Israeli society, and appropriation of Palestinian land has been a consistent policy of every Israeli government since Israel became a state in 1948. In the West Bank alone, close to 250,000 acres were appropriated since 1979, using a legal mechanism based on an interpretation of Ottoman law.

The timing of this most recent appropriation, though, has little to do with any particular act of Palestinian violence. It did have something to do with pacifying domestic opposition – the appropriation soothed some of Netanyahu’s right-wing coalition partners critical of Israel’s ceasefire terms with Hamas. But ultimately, the move is mostly about geopolitics.

This may be the most opportune moment to push forward with the Israeli expansion into the West Bank in the past 20 years – at least as far as Israeli Prime Minister Benjamin Netanyahu is concerned.

One reason is that Netanyahu knows that President Barack Obama has bigger fish to fry right now. Washington has to contend with escalating tensions with Russia over Ukraine, confronting the Islamic State without entangling the United States in Iraq again, as well as carrying through on its determination to reach a historic rapprochement with Iran.

The U.S.-Iranian thaw is putting Israeli-Palestinian peace talks on the backburner. Still, despite the blow to Netanyahu caused by the dialogue with Iran, the prime minister is quite content to exploit the shift in American attention to pursue his own agenda closer to home.

Based on his past experience, Netanyahu may be assuming that Europe will not interfere any time soon. The European public approach certainly does little to caution Netanyahu against any expansionist initiative: European condemnations against what many saw as Israeli excesses in the latest Gaza war were feeble and few, and the international reaction to the land appropriation, while certainly up a notch from lackluster comments on the Gaza conflict, did not go beyond finger-wagging.

But if it is optimism and opportunism that propel Netanyahu in this latest expansion, he would still be very ill-advised to grow entirely complacent.

The Israeli-Palestinian conflict will continue to be a source of regional and global tensions and discontents long after the Iran, Isis and Ukraine fall off the agenda. It is only a matter of time before the world turns its disapproving gaze this way again.

Already, there are subtle processes underway in the European Union that suggest that it will be increasing pressure on Israel.

Banks are advising against investing in some Israeli companies, European distributors are losing interest in Israeli food produce, and intersections of various European rules and treaties are beginning to deny Israeli products originating beyond the pre-1967 boundaries access to the EU market—with the poultry sector being the most recent one to be affected.

And finally, Palestinian discontent in the West Bank is growing. The stalled peace talks, the hapless Fatah-led Palestinian Authority, and most recently, the conflict in Gaza are all contributing to the mounting frustration. One of Israel’s primary objectives this summer was undermining support for Hamas in the West Bank through wide-ranging arrests of the movement’s supporters and functionaries in Operation Brother Keeper, which later escalated into the Gaza war. Yet the first post-war poll among Palestinians shows a tremendous leap in support for Hamas in the West Bank – not least because despite the terrible toll in life and property, Israel is now indirectly negotiating with Hamas on much more immediate changes to the status quo, such as easing the blockade on Gaza and expanding the coastal enclave’s fishing zone. The most significant development Abbas’s non-violent tactics appear to have produced on the ground in the West Bank this summer is this most recent land grab.

In the end, even if Netanyahu’s timing was good – at least as far as global condemnation is concerned — the price Israel ultimately pays may be high, and payback might come sooner than he bargained for.