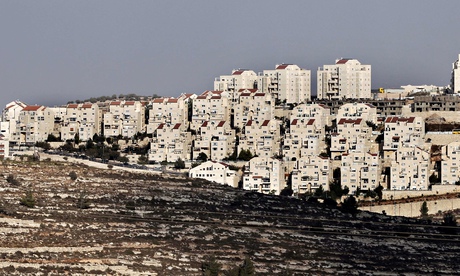 The expansion of the Elkana settlement, in the north-west of the West Bank, was approved in January and the tenders were published on Thursday, Israel’s land authority said.

It came after Israel announced its biggest land grab in the West Bank since the 1980s, saying it planned to expropriate 400 hectares (988 acres) of land in the south of the territory, between Bethlehem and Hebron.

That move drew international condemnation, even from its staunch ally, the US, and some Israeli cabinet ministers.

The US state department urged Israel to reverse its decision while the UN secretary general, Ban Ki-moon, said he was alarmed by Israel’s plans.

Israel’s settlement-building, which is illegal under international law, is seen as an obstacle to any lasting peace with the Palestinians, who want their future state to be on land, much of which Israel has annexed or built settlements on.