Not only has Japan been unable to face its past, it’s weighed down by a staggering national debt. 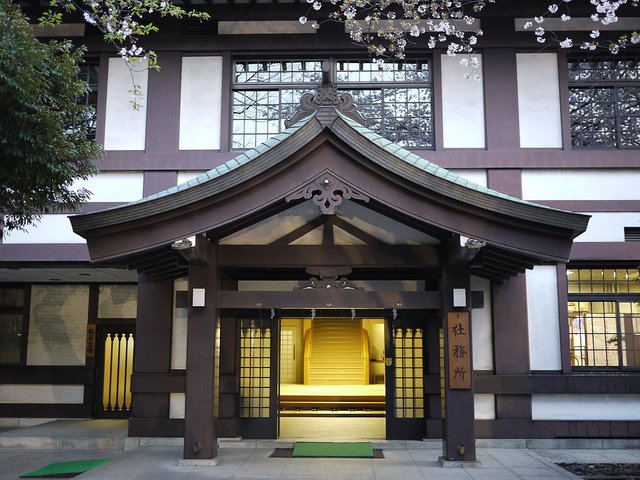 I spent a total of about three years in Japan, including a recent stint in Tokyo. As such, I think I’m in a position to offer some comments about the reality of life there, beyond the stereotype of bullet trains, neon signs, girls in weird clothes and workaholic ‘salarymen’. Here’s an honest take on the place.

Japan faces two monumental problems. First, the country will, sooner or later, find itself in the grip of an economic crisis. Its debt level is staggering, dwarfing that of supposed economic basket cases like Greece or Portugal. Indeed, it is the world’s biggest debtor, its public debt reaching 226 percent of GDP in 2013, according to the CIA. So far as I can see, there is no realistic way that this money can be paid off. Even worse, the debt mountain is just going to keep expanding. This is due to the shrinking and ageing Japanese population, a deep-rooted suspicion of immigrants, and Japan’s vulnerability to natural disasters.

Second, as is well-known, the country’s relations with its neighbours are dire. This, it now seems to me, is largely the fault of the Japanese government, which has shown a consistent unwillingness to face up to the ugly side of the nation’s history. There is a school of thought concerning Japan’s imperialist past which effectively views the country as blameless. Such sentiments inform the displays in the obnoxious war museum situated beside the Yasukuni Shrine in Tokyo, where the souls of Japan’s war dead (Class A War Criminals included) are enshrined. Here the visitor is subjected to a distorted and offensive version of history.

A case in point is the museum’s treatment of the notorious 1937 ‘Rape of Nanking’, in which tens of thousands of Chinese were murdered and innumerable women raped by soldiers of the Imperial Japanese Army. In the museum, there is no mention of atrocities; we are instead told that the general in charge told his troops ‘to maintain strict military disciplines [sic] and that anyone committing unlawful acts would be severely punished’.

Japan’s relations with China and South Korea are unlikely to improve while nationalist politicians like Prime Minister Shinzo Abe run the country. They have called into question the truthfulness of the testimony of tens of thousands of ‘comfort women’, mostly Koreans, who were forced to serve as sex slaves for Japanese soldiers during the era of Japan’s imperial aggressions. Nationalists – apparently convinced that their knowledge of the matter exceeds that of the women themselves – argue that these women were in fact jobbing prostitutes. The Japanese government has never issued an official apology to the ‘comfort women’.

This refusal to acknowledge past crimes is one of the unpalatable aspects of contemporary Japan. There are other realities that stick in the craw, such as the sexism that is ingrained in Japanese life. It’s difficult to credit, but there is no legal equality in Japan as regards the age at which people can get married: For boys, it is 18, for girls, 16. A mere 8 percent of representatives in Japan’s national parliament are female. It’s not exactly surprising, then, that on occasion male politicians let slip remarks of astonishing sexism. A few years ago, for instance, the country’s health minister referred to Japanese females as ‘baby-making machines’.

A more recent example occurred in June when Ayaka Shiomura, a female member of the Tokyo Assembly, was heckled by sexist male representatives of the prime minister’s party while giving a speech. ‘Why don’t you get married soon?’ demanded one wit, while another shouted out ‘Are you not able to have a baby?’ Prime Minister Abe maintained an undignified silence on the matter for nearly a week, before at last issuing a weak apology to the head of Shiomura’s party (a man), but not to Shiomura herself.

Japan is also a racist society. In Tokyo’s notorious Kabukicho district there are establishments which display ‘Japanese only’ signs, as noted in a July report on Japan by the U.N. Human Rights Committee. This body also expressed ‘concern at the widespread racist discourse’ evident in the country, and ‘the high number of extremist demonstrations authorised’. Shin-Okubo, Tokyo’s ‘Koreatown’, is a particular target of extreme right-wing groups, which take advantage of Japan’s tolerance of hate speech. Anecdotally, during my time in Japan this year I witnessed an alarming anti-China protest in central Tokyo, during which the imperial flag of Japan was waved and a woman screaming into a megaphone whipped up the crowd.

My instinct is that Japan gets rather a good press in the west: it’s a U.S. ally, a democracy (albeit one in which the same party is almost always in power), and pacifist. We like sushi and other cultural imports from Japan. I hope, however, to have shown that there’s another side to the picture; one that’s a lot less positive.

Michael Walker has a Ph.D. in International Relations from the University of St. Andrews, Scotland.