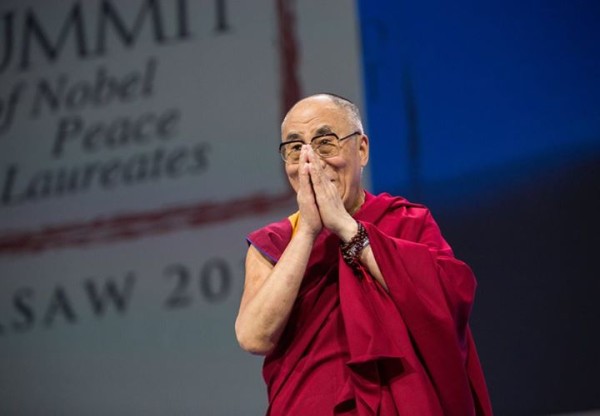 2 Oct 2014 – Nobel Laureates have been meeting annually since 1997, gathering those who have been awarded the Nobel Foundation’s most prestigious award to discuss current issues of social conflict and the way to advance in global peace.  As an initiative of the Gorbachev foundation, summits took place in Rome until 2007 since when it started to circulate to different cities.  The 2014 edition was due to take place in Cape Town, South Africa.

Things started to go wrong for the organisers though when South Africa refused to give a visa to His Holiness the Dalai Lama.

China has permanently portrayed this religious icon for the West as a terrorist-in-exile and it seems that in order to maintain good relationships in the BRICS alliance, South Africa decided to forego the good will of the Nobel Laureates.

“We believe that the 14th World Summit, which is dedicated to the memory of former President – and Nobel Peace Laureate – Nelson Mandela, will provide South Africa with a wonderful opportunity to celebrate the 20th anniversary of the establishment of its non-racial constitutional democracy. It will enable your country to share with the world the lessons that you learned from the resolution of centuries of conflict, division and injustice that showed that even the most intractable disputes can be resolved through peaceful negotiations and goodwill.”

The plea seems to have fallen on deaf ears though.

The suspension of the 2014 summit was announced by the organising committee this morning.

The decision comes after the majority of Nobel Laureates and Laureate Institutions requested that the Summit be SHIFTED to another country or that the VISA to His Holiness the Dalai Lama be granted unconditionally to allow him to attend the 14th World Summit of Nobel Peace Laureates. The attending Peace Laureates and Laureate Institutions have agreed to withhold their collective attendance in protest at the decision that a VISA had not been granted to His Holiness the Dalai Lama by South African National Government to attend the summit in Cape Town.

On the 15th of September, 14 Peace Nobel Laureates wrote to President Jacob Zuma urging him to grant and guarantee his holiness the Dalai Lama a visa to attend the summit but they have yet to receive any reply or guarantees or any indication that the matter is receiving any attention.

The Summit was planned for 13th-15th October and was to be the first summit to be held in Africa and dedicated to the memory of former President – and Nobel Peace Laureate – Nelson Mandela.

The Secretariat is greatly disappointed that Cape Town will no longer physically be able to host the event. The City of Cape Town had already commenced event operations. As of today according to the City of Cape Town a total of 584 delegates, 128 youth and 48 media have registered on the event website since it went live. The expo at the event was also fully booked with 22 Exhibitors taking up 50 exhibition slots.

Tony Robinson is the International Spokesperson for the organisation World without Wars and Violence.

Statement can be found here.