What West Africa Can Teach the U.S. about Ebola

Nigeria and Senegal have declared victory on Ebola even as healthcare workers in Texas contract it. 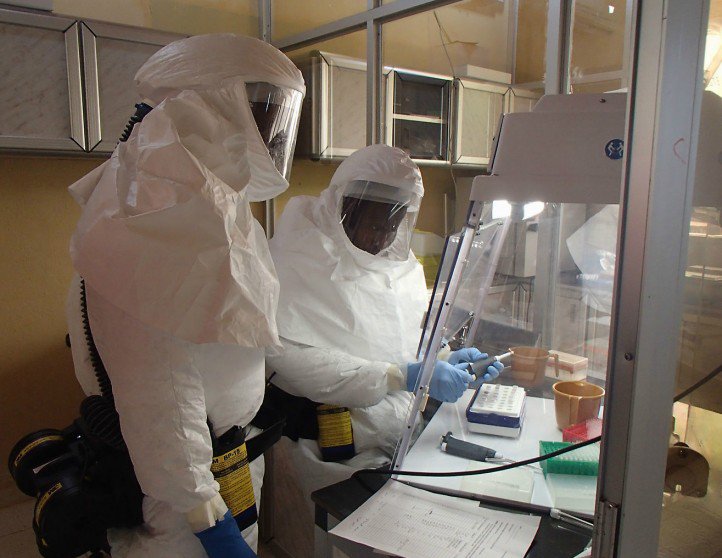 When the Texas Health Presbyterian Hospital missed a crucial diagnosis of the Ebola virus and released Liberian Thomas Eric Duncan to go home, it unleashed a sequence of events that is still unfolding rapidly.

As in the great AIDS panic, the introduction of the Ebola infection into the American populace has resulted in confusion, speculation, and hysteria. Even perfectly healthy individuals, such as American reporters who have been to the West African region, find themselves being shunned because of irrational fears.

For better or worse, the response of the authorities to this crisis will go down in history. Certain categorical declarations will particularly stand out—and in some cases return as painful ironies. As an example, in late July, Stephen Monroe—the deputy director of the CDC’s National Center for Zoonotic Infectious Disease—stated, “Ebola poses little risk to the U.S. general population,” adding that, “the likelihood of the outbreak spreading outside of West Africa is very low.”

In an effort to tamp down fears over Ebola, CDC director Thomas Frieden asserted in October that “Ebola is scary. It’s a deadly disease. But we know how to stop it.” It is unclear whether the “we” refers to the CDC, health facilities more generally, or some other entity, but this firm and sweeping assertion was called into question as news broke of the first and then a second case of Ebola transmission to Thomas Duncan’s caregivers at Texas Presbyterian Hospital.

Earlier this month, David Lakey, commissioner of the Texas Department of State Health Services, famously said of Dallas, “This is not West Africa. This is a very sophisticated city.” Still not sophisticated enough, apparently, to prevent one fumble after another.

The supposed “mystery” as to how these caregivers contracted Ebola when they were supposedly shielded from transmission by their personal protective equipment (PPE) is actually no mystery at all.

As a physician at a wound care center in Southern California, I go through 10 to 20 units of protective gear every day, one for each patient. A quick, self-administered test on removing my PPE revealed that I did it with less than 100 percent safety. It is, quite frankly, not easy.

With Ebola, even 99 percent safety is not good enough. Many hospitals in the United States use PPE for procedures such as wound repair and colonoscopies. And in many wards and intensive care units, healthcare staff don PPE for cases of MRSA or VRE. But not only does the care required in such “ordinary” protection pale beside the vigilance involved in Ebola exposure, the PPE itself is quite different.

So the answer to whether “we,” as Frieden put it, know how to stop the virus here in the United States might well be a “no” at worst and a “sort of” at best.

Indeed, National Nurses United Executive Director RoseAnn DeMoro has claimed that there is an absence of any protocol at the Texas Presbyterian hospital on how to deal with the deadly virus. Other hospitals have opted for the World Health Organization’s Ebola protocol instead of the CDC’s because of its extra guidelines for hand sanitation.

The CDC poster for removal of PPE shows the use of only a single pair of gloves and appears highly lacking compared to the painstaking measures described by Australian nurse Sue Ellen Kovack at a Sierra Leonean Ebola treatment center. Of note in her account is the liberal dousing with a chlorine (or bleach) spray from head to toe, a chlorine hand rinse, hand washing at least eight times during the procedure, and the use of two pairs of gloves instead of just one as recommended by the CDC. On October 16, the CDC effectively admitted that its own guidelines were lax and has moved to the more exacting guidelines.

Ironically, rough-and-ready Ebola treatment centers like the tents constructed by agencies like Doctors Without Borders are much better equipped for safety procedures like the chlorine bath than many modern Western facilities. To do this in a technologically advanced U.S. hospital, separate alcoves would need to be built in designated spaces to accommodate a “spraying area.” That could be extremely complicated in the average intensive care unit.

Perhaps we in the United States are learning a small lesson in humility.

Is it possible, for example, that Nigeria, of all places, might have some wisdom to convey to the United States? Both Nigeria and Senegal moved quickly to quell an Ebola outbreak through meticulous contact tracing, coordinated national action, exhaustive interviews, and activation of an Ebola Incident Management Center. Both countries are now reportedly free of the disease.

Although the story is not yet over, the U.S. government has lauded Nigeria’s initial management of the outbreak. Indeed, the CDC has now ordered dozens of high-tech, infrared, no-touch thermometers to be used in screening procedures at U.S. gateway airports—the same ones that are already being used in West Africa.

David Lakey is right: Texas is not West Africa. But every once in a while, the West African example is worth following.

Kwei Quartey M.D. is a crime novelist and physician who grew up in Ghana. He is now based in Los Angeles. A former columnist at Foreign Policy in Focus and a contributor to The Huffington Post, he travels frequently to Ghana. His fourth novel, GOLD OF THE FATHERS, will be published in February 2016.