Wind Blows Away Fossil Power in the Nordics, the Baltics Next 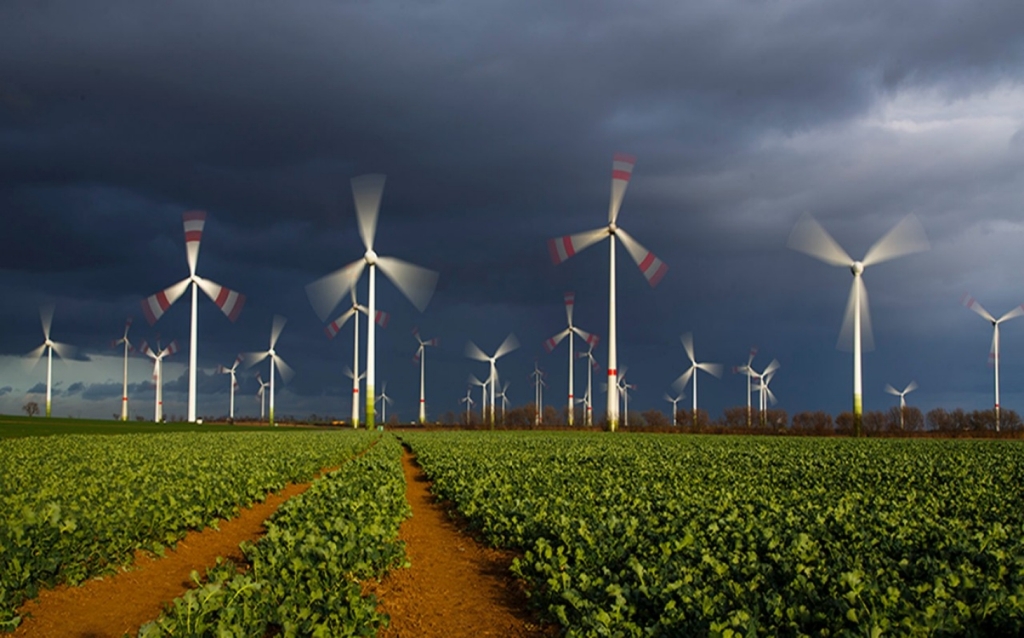 15 Oct 2014 – Wind power is blowing gas and coal-fired turbines out of business in the Nordic countries, and the effects will be felt across the Baltic region as the renewable glut erodes utility margins for thermal power stations.

Fossil power plants in Finland and Denmark act as swing-producers, helping to meet demand when hydropower production in Norway and Sweden falls due to dry weather.

The arrival of wind power on a large scale has made this role less relevant and has pushed electricity prices down, eroding profitability of fossil power stations.

“Demand for coal condensing power in the Nordic power market has decreased as a result of the economic recession and the drop in the wholesale price for electricity,” state-controlled Finnish utility Fortum said, booking an impairment loss of about 25 million euros($31.67 million).

Nordic wholesale forward power prices have almost halved since 2010 to little over 30 euros per megawatt-hour (MWh) as capacity increases while demand stalls on the back of stagnant populations, low economic growth and lower energy use due to improved efficiency.

Short-run marginal costs (SRMC) of coal generation were 28.70 euros per megawatt-hour (MWh), the Nordic power regulators said, while costs of gas-fired power generation were much higher, at 53 euros/MWh in 2013.

“This will, in our view, result in mothballing of 2,000 MW of coal condensing capacity in Denmark and Finland towards 2030,” he added.

Adding further wind power capacity at current market conditions could lead to power prices dropping towards as low as 20 euros per MWh, the marginal cost for nuclear reactors, Rennesund said.

PART OF A PLAN

Denmark and Finland have about 11,000 MW of coal, gas and oil-fired generating capacities, Reuters estimate shows.

Pushing fossil-fuelled power stations out of the Nordic generation park is part of government plans across the region.

Denmark wants to phase all coal use in power generation by 2030 and to generate all power and heat from renewables by 2035.

In neighbouring Sweden, wind meets about 8 percent of total consumption, and installed capacity has more than doubled to about 5,000 MW in 2014 from 2010. Its wind power association predicts the capacity to rise to some 7,000 MW by 2017.

In Norway, the government has pledged to change tax rules to catch up with Sweden.

These plans are beginning to bear results.

Naturkraft, a joint venture between Norway’s Statoil and Statkraft, said this month it would put its 420 megawatt (MW) Kaarstoe gas-fired power plant in “cold reserve” from January.

Mothballing the 2 billion crowns ($302 million) plant, which had operated for only a few days per year, would help to save 50-80 million crowns per year, Naturkraft’s chief executive John Terje Staveland told Reuters.

Sweden’s Vattenfall said in May it will shut down its 409 MW coal-fired Fyn power plant in Denmark from May 2016.

The state-run utility sold its 314 MW coal-fired Amager power plant in Copenhagen to a Danish utility HOFOR, which plans to replace coal with biomass.

The developments in the Nordic countries is also beginning to affect utilities in the Baltic states as their grids get more integrated.

Estonia’s energy group Eesti Energia saw its power sales to drop by 30 percent during the first half of the year after a 650 MW link to Finland came online at end-2013.

Cheaper power imports from the Nordics have halved Eesti Energia’s profit margin to 12 euros per MWh in the second quarter, the company said in its quarterly report.