A Minor Footnote to Australia’s Shameless Persecution of Asylum Seekers 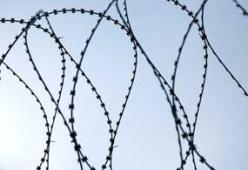 The ‘code of behaviour’ asylum seekers are expected to adhere to says a great deal about our nation, and our political parties.

When it comes to Australia’s treatment of asylum seekers, I think it is impossible to overstate the sadism of government policy. From the savagery of the conditions in offshore processing, to the cruelty of onshore indefinite mandatory detention, we destroy people. We know that will be the effect of our policy. And yet each year, the government devises new ways to inflict greater misery and trauma, on people who are already marginalised and traumatised.

We should not just blame Scott Morrison and Tony Abbott: the ALP has happily joined in the race to barbarism. We should never forget Julia Gillard’s proposed “Malaysia Solution”, and that her government admitted in the High Court the cruelty and suffering this would likely entail.

However, it is not just our detention of asylum seekers that is characterised by mean-spiritedness. The experiences of those who have been released into the community receive less scrutiny, but it is also deeply revealing about how the government feels about asylum seekers.

In this article, I want to address just one minor aspect of this: the code of behaviour.

Some people will remember media discussion of it. In December last year, the government decided on the new policy. Scott Morrison had campaigned on imposing “behaviour protocols” after a Sri Lankan asylum seeker allegedly committed sexual assault.

The government document doesn’t explain all of the implications of breaches. For example, those who breach their code of behaviour may be transferred to an offshore processing centre, if they came to Australia after 13 August 2012.

These are the requirements of the code of behaviour:

Some of these may sound reasonable at face value. For example, aren’t we all forbidden from breaking Australian law? So consider it further. What if you faced indefinite imprisonment, or deportation, for any breach of Australian law? If you’re reading this, you’re presumably fluent in English. Are you familiar with every Australian law?

You must cooperate with all lawful instructions given to you by the police and government officials, and must never lie to government officials. Suppose they ask you something personal. Suppose they ask you something embarrassing. Suppose a police officer tells you to do something unreasonable. You must obey it, or your bridging visa may be cancelled. For infringing a road law. For parking for over two hours in a two hour zone. For not moving on quickly enough after a police officer tells you to. For not co-operating quickly enough with police who try to search you. For not opening up about private personal things with a culturally insensitive government official.

Now, what does this mean? If people are going to have their visas cancelled and be locked up for it, one might hope that we could have clarity about the scope of “inconsiderate” activities that someone could be locked up for.

The form explains: to harass means to “continually… irritate” someone. So you could nag someone to do something for you a few times, they could find it annoying, and there goes your freedom.

Disruptive means to “cause disorder” or to “disturb someone or something”. Think about the breathtakingly wide scope of all that is caught in provisions that proscribe disturbing people… or things.

And then there’s being “anti-social”, which can include “spitting”, “swearing in public”, or other actions people “might find offensive”. Remember when Tony Abbott campaigned on the importance of freedom of speech, and repealing section 18C of the Racial Discrimination Act? When he explained that “The price of free speech is that offence will be given, facts will be misrepresented and lies will be told.” He even said, on that fine day in August 2012, that “Expression or advocacy should never be unlawful merely because it is offensive.”

Well. I guess we can’t expect such standards to apply to just anyone.

The significance of this should be stated clearly. Asylum seekers can lose their freedom in the blink of an eye. And for what? Not just for petty, trivial offences. For things that are not even close to being offences, for things that aren’t even arguably wrong. Refugees can lose their right to settle in Australia because they had a loud party, stubbed a toe and swore, or because someone thinks that they spread a rumour. Once that bridging visa is cancelled, they will never be allowed to apply for a new one.

It is not just that this is plainly unreasonable. It is that the government appears to have decided to imprison and expel asylum seekers by any means necessary. If this requires making up ridiculous codes that criminalise basically normal behaviour, then so be it.

Furthermore: what happens if an asylum seeker is falsely accused of being anti-social, or of spreading a rumour, or disturbing something? What if an asylum seeker is accused of something, just because their accuser happens to dislike Muslims? They have two days to lodge an appeal at the relevant tribunal. Could you lodge an appeal at a tribunal in two days in a completely foreign language?

Just as readers of New Matilda can be oblivious to these laws, so can refugees and asylum seekers. However, you have the benefit of being fluent in English. RACS staff prepared scripts to be read out to clients, to try to briefly explain some of the features of the code of behaviour. One client at a time, we do our best to help them understand the insane rules that have been imposed on them.

For people who speak English, understanding all the intricacies of our rules and laws is hard enough. For people who don’t speak English… well, it appears the government has simply created a pretext to lock up and expel asylum seekers at the discretion of the authorities.

You may be wondering: why does RACS need to tell them about the code of behaviour? Why doesn’t the government? That is an excellent question. Clearly, they should. But they don’t.

In July this year, the Greens, to their credit, tried to challenge the code. It was defended shamelessly by Liberal Senator Michaelia Cash. She said: “Despite what the Australian Greens say, the code of behaviour, itself, is an educative tool. When you release into the community thousands of people who have arrived here illegally by boat from very different backgrounds, then, as a government, we should at the very least, explain to these people what is expected of them in terms of their behaviour. Examples include people from Iran, Iraq or Afghanistan, who either do not speak English or have very limited knowledge of the English language.”

An educative tool. They don’t speak English, so, “at the very least”, we should explain to them “what is expected of them in terms of their behaviour”. She thought this point was so important that she made it a second time in her speech: “I would have thought that, at the very least as a government, we would take the time to explain to those people, what is expected of them by way of general community standards in Australia.”

I would have thought so too.

Meanwhile, Senator Kim Carr of the ALP supported the code, and insisted that the ALP get some credit for this line of regulation: “The Labor Party takes the view that it is appropriate that people seeking protection are made aware of the expected standards of behaviour and conduct. In 2012, the Labor government introduced a values statement, a precedent to this particular measure, which was made a requirement for the granting of a protection visa.”

Readers who are particularly inventive in pursuit of excuses for the Abbott government, and its enablers in the ALP might say: well, the system may not be ideal. But at least there’s RACS, who can explain the code of behaviour, and try to get those appeals lodged within two days.

Upon gaining power, the Abbott government slashed funding to organisations like RACS. Whilst RACS previously received about a million dollars from the Federal Government to help asylum seekers who came by boat, it now gets zero.

This funding was provided under the Immigration Advice & Application Assistance Scheme (IAAAS), established in 1997 and maintained until now by both Coalition and Labor governments. So our overstretched, underfunded organisation is now scrambling to continue functioning at all.

It has had to limit some of its activities, depends heavily on its many volunteers (like yours truly), whilst desperately trying to assist some of the most vulnerable and stigmatised people in Australia and under Australian control.

Imposing codes that are virtually impossible not to breach, whilst cutting funding to the small groups that might explain to some asylum seekers the rules they have to obey: It is hard to understand this other than gratuitous cruelty. Small-minded, petty nastiness, in pursuit of the grander goal of “stopping the boats”, by whatever means necessary.

Michael Brull is a regular columnist for New Matilda. He has written for a range of other publications, including Overland, Crikey, ABC’s Drum, the Guardian and elsewhere.