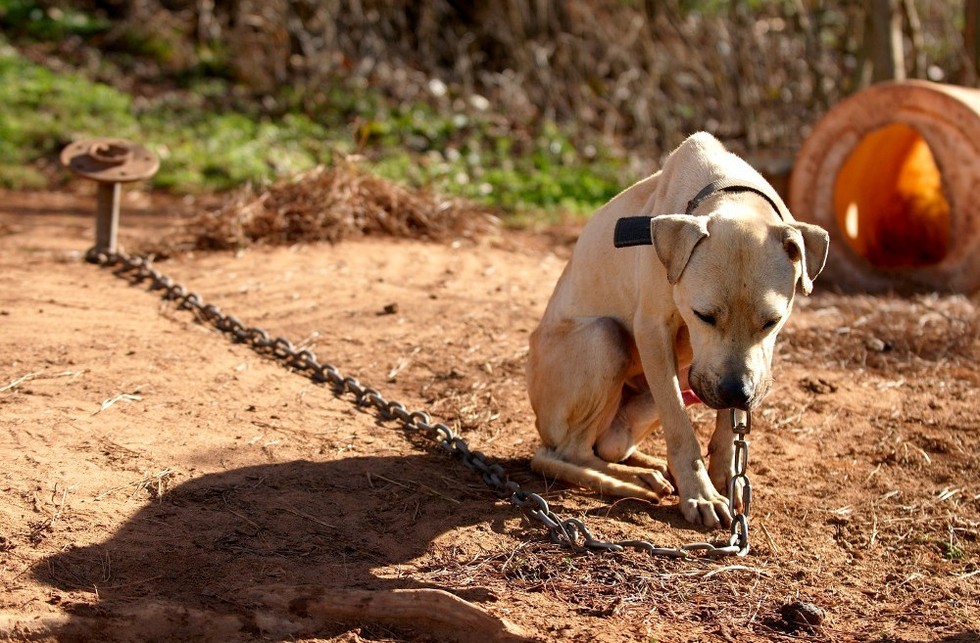 The FBI along with the American Society for the Prevention of Cruelty to Animals and the Humane Society of the United States had raided a dog fighting ring in Alabama. Charges of animal cruelty and conspiracy were given to the organizer and co-conspirators.

A federal judge concluded sentencing this week for eight people arrested in the second largest dog fighting raid in U.S. history. Responsible for the deaths and injuries of hundreds of dogs, most of the defendants pleaded guilty to conspiracy along with dog fighting and gun charges. The American Society for the Prevention of Cruelty to Animals (ASPCA) and The Humane Society of the United States (HSUS) have been providing food, shelter, and medical care for the animals seized during the raid.

On August 23, 2013, the ASPCA and HSUS assisted the FBI in seizing hundreds of canines from dog fighting rings in Alabama, Georgia, and Mississippi. Wounded, malnourished, riddled with parasites, and chained to car axles buried in the ground, roughly half of the seized dogs died or were euthanized. Federal and local law enforcement also seized drugs, firearms, and over $500,000 in cash from illicit gambling activities.

After organizing and hosting at least 80 dog fights, 50-year-old Donnie Anderson was arrested when investigators raided his Auburn home and wooded property in Waverly, Alabama. Cooperating witnesses testified that Anderson’s fights regularly had between 100 and 300 people in attendance who paid $100 to $150 for admission. With bets averaging $100,000 per fight, many participants were armed and sold illegal drugs at the venue.

“These dogs lived in deplorable conditions that constituted extraordinary cruelty,” stated U.S. Attorney George Beck, Jr. “They were made to fight and if they lost, they were killed. In addition to the brutality experienced by the dogs, these events attracted drugs dealers and illegal gambling. It was not uncommon for large amounts of cash, often between twenty and two hundred thousand dollars, to change hands. The prospect of huge profits made these fights even more popular and provided a venue for other criminal activity. I hope that these sentences demonstrate the seriousness of this crime and will deter others from committing these atrocities.”

After raiding Anderson’s property, investigators seized 126 dogs with several pregnant dogs that later gave birth to 21 puppies. Emaciated and suffering serious health problems, five dogs died and 73 had to be put down. According to witness testimony, Anderson had executed the losing dogs by drowning, electrocuting, or shooting them.

“We heard testimony of Mr. Anderson killing at least one dog by hanging that dog from his collar attached to a leash on a tree branch,” said Tim Rickey, vice president of field investigations with the ASPCA.

Commenting on the extreme cruelty committed by Anderson and his co-conspirators, U.S. District Judge Keith Watkins claimed the federal sentencing guidelines for dog fighting are utterly inadequate in addressing the seriousness of this crime. Judge Watkins estimated the defendants had injured or killed between 420 and 640 dogs during the course of the investigation.

Judge Watkins also ordered each defendant to serve a two or three-year term of supervised release after serving their sentences. During this supervised release, the defendants will be prohibited from owning dogs. The defendants may also be ordered to pay restitution to the ASPCA and HSUS for the cost of caring for the seized dogs.

“People have a really tough time believing and understanding the true brutality and barbarians involved in this, but I also think the public fails to understand the scope of the people,” Rickey said. “This is not an isolated event in Alabama, it is happening all over the country much more frequently than people would understand.”