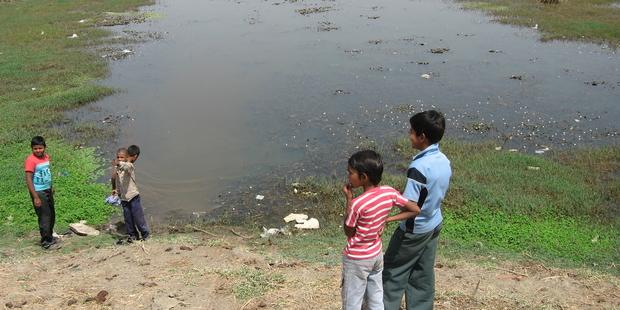 Hollywood movie star Martin Sheen will join Amnesty International’s battle to finally hold Union Carbide accountable for what is widely considered to be one of the world’s worst industrial disasters as he launches his latest film in Los Angeles on Friday [7 Nov 2014].

Bhopal: A Prayer for Rain is a compelling account of the events that led to more than half a million people being poisoned by toxic gas leaking from Union Carbide’s pesticide plant in Bhopal, India, on 2 December 1984. Mischa Barton and Kal Penn, best known for their roles in The O.C. and Harold & Kumar, also star in the drama.

“Those who survived have faced long-term health problems, but receive little medical help. For 30 years the survivors of Bhopal have campaigned for justice, for fair compensation, health care and for Union Carbide, now owned by Dow Chemicals, to be held to account,” said Martin Sheen.

“This was not an unavoidable accident. There is evidence that the companies responsible for the factory site failed to take adequate precautions both before and after the leak.”

Union Carbide has spent three decades dodging criminal charges in India, while Dow Chemicals has repeatedly tried to distance itself from the disaster and ongoing chemical contamination at the abandoned factory site, despite having assumed full control of Union Carbide in 2001.

“Dow tries to portray Bhopal as a historic event that ended well before they assumed control of Union Carbide, but that’s not the case,” said Audrey Gaughran, Director of Amnesty International’s Global Issues programme.

“Chemicals left behind when Union Carbide abandoned the Bhopal site continue to poison the local communities today. Dow owns Union Carbide and is responsible for its scandalous failure to ensure the site is cleaned up and allowing Union Carbide to become what Indian courts consider an ‘absconder’ from justice.”

But pressure on Dow is growing as the 30th anniversary of the gas leak approaches, with the company facing a 12 November court hearing in India over Union Carbide’s refusal to answer charges of culpable homicide in a Bhopal court.

Dow is a significant investor in India, so new Prime Minister Narenda Modi will have to decide how strongly India is prepared to challenge international companies that abuse the rights of Indian communities.

“US President Barack Obama and Indian Prime Minister Narendra Modi said recently that ties between the two countries were rooted in shared desires for justice and equality,” said Audrey Gaughran.

“Together, the US and India must challenge international companies like Dow that exploit countries like India to evade the environmental regulations that protect local communities at home. They must seize this opportunity to show that international investment cannot come at the cost of human lives.”