Mark Udall’s Loss Is a Blow for Privacy, but He Can Go Out With a Bang: ‘Leak’ the CIA Torture Report

The outgoing Senator and champion of civil liberties has one last chance to read the truth about American atrocities out loud, for the world to see – before it’s too late. 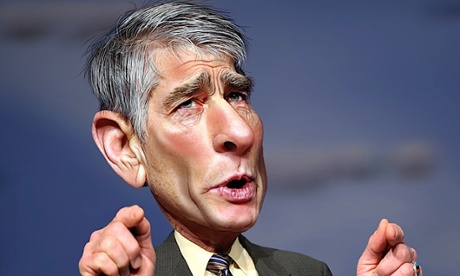 If nobody else will tell the truth, why not a lame duck? Photo illustration: DonkeyHotey / Flickr via Creative Commons

America’s rising civil liberties movement lost one of its strongest advocates in the US Congress on Tuesday night, as Colorado’s Mark Udall lost his Senate seat to Republican Cory Gardner. While the election was not a referendum on Udall’s support for civil liberties (Gardner expressed support for surveillance reform, and Udall spent most of his campaign almost solely concentrating on reproductive issues), the loss is undoubtedly a blow for privacy and transparency advocates, as Udall was one of the NSA and CIA’s most outspoken and consistent critics. Most importantly, he sat on the intelligence committee, the Senate’s sole oversight board of the clandestine agencies, where he was one of just a few dissenting members.

But Udall’s loss doesn’t have to be all bad. The lame-duck transparency advocate now has a rare opportunity to truly show his principles in the final two months of his Senate career and finally expose, in great detail, the secret government wrongdoing he’s been criticizing for years. On his way out the door, Udall can use congressional immunity provided to him by the Constitution’s Speech and Debate clause to read the Senate’s still-classified 6,000-page CIA torture report into the Congressional record – on the floor, on TV, for the world to see.

There’s ample precedent for this. In 1971, former Senator Mike Gravel famously read the top-secret classified Pentagon Papers for three hours before almost collapsing and then entering thousands of pages more into the record after he couldn’t speak for any longer from exhaustion.

In fact, Udall and his nearly lone partner in transparency, Senator Ron Wyden, have received criticism for not using this floor privilege before, including very recently when director Laura Poitras, on tour for her new documentary about Edward Snowden, said Wyden and others “failed the public” by not coming out and openly saying in 2011 that the NSA had secretly re-interpreted the Patriot Act to collect every American’s phone records. In many ways, Snowden let them off the hook.

But while in office, these two senators have at least a plausible argument they were making the right decision. Udall and Wyden would almost certainly get kicked off the intelligence committee and lose all their clearances if they were to read the still-up-for-review truth about Bush-era atrocities out loud. And by staying on the committee, they’ve had a chance to force change from the inside (like they’ve successfully done for at least one version of internet mass surveillance), and ask tough questions of spies and their bosses who are used to hearing nothing but softballs.

But now, Udall has nothing to lose. He can’t get kicked off any committee he won’t be a part of in two months. And he can’t be prosecuted for revealing classified information as a member of Congress.

With secrecy-fetishist Republican Richard Burr likely taking over the chair of the intelligence committee, the public cover-up is probably only going to get worse next year. While the Huffington Post’s Ali Watkins writes that it’s likely Senator Dianne Feinstein wouldn’t let the Republicans take over without first releasing at least the executive summary of the report, she’d have to release a version full of incomprehensible redactions the CIA still won’t budge on. Which is to say nothing of the actual report, which will almost certainly never see the light of day unless someone like Udall – or some very brave whistleblower – takes bold action.

So, Senator Udall, if it’s still your belief “that the declassification of the Committee Study is of paramount importance and that decisions about what should or should not be declassified regarding this issue should not be delegated to the CIA”, you only have one option left: read the CIA torture report into the Congressional record and bring transparency to one of America’s darkest hours once and for all – before it’s too late.