Psychologists Are Rethinking Their Cozy Relationship with Bush Torture Program 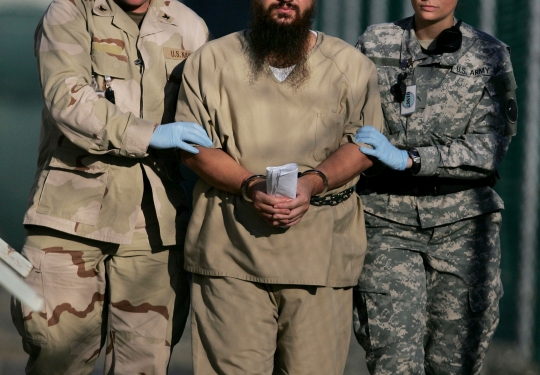 14 Nov 2014 – The top professional organization for psychologists is launching an independent investigation over how it may have sanctioned the brutal interrogation methods used against terror suspects by the Bush administration. The American Psychological Association announced this week that it has tapped an unaffiliated lawyer, David Hoffman, to lead the review.

In 2002, the American Psychological Association (APA) revised its code of ethics to allow practitioners to follow the “governing legal authority” in situations that seemed at odds with their duties as health professionals. Many argue that the revision, as well as a task force report in 2005 that affirmed that the code allowed psychologists to participate in national security interrogations, gave the Bush administration critical legal cover for torture.

The APA has since removed the just-following-orders excuse from its code, disavowed the 2005 report, and gone to lengths to distance themselves from the controversy.

But it reopened last month, when New York Times reporter James Risen’s book “Pay Any Price” revealed e-mails from the files of a deceased CIA contractor, Scott Gerwehr, showing close contact between the intelligence establishment and leadership at the APA. The emails centered particularly on the 2005 report and suggested that members of the Bush Administration were involved in its conception and drafting.

Nathaniel Raymond, a human rights researcher who also had access to Gerwehr’s emails, told The Intercept in October that he had submitted the emails to the FBI as evidence of criminal racketeering. A law enforcement official confirmed to The Intercept that the FBI in Washington had reviewed Raymond’s materials, but “did not find any criminal violations.” Raymond, who previously directed the Campaign Against Torture at Physicians for Human Rights, called the review a “positive first step” and said that he would share his complaint and any other information with Hoffman.

Hoffman’s review appears broader than just the allegations from Risen’s book. The APA said it would look into “whether there is any factual support for the assertion that APA engaged in activity that would constitute collusion with the Bush administration to promote, support or facilitate the use of ‘enhanced’ interrogation techniques.”