Tim Cook: ‘I Consider Being Gay among the Greatest Gifts God Has Given Me’

Apple CEO Tim Cook has written about his sexuality for the first time, in the hope that he can ‘help someone struggling to come to terms with who he or she is.’ 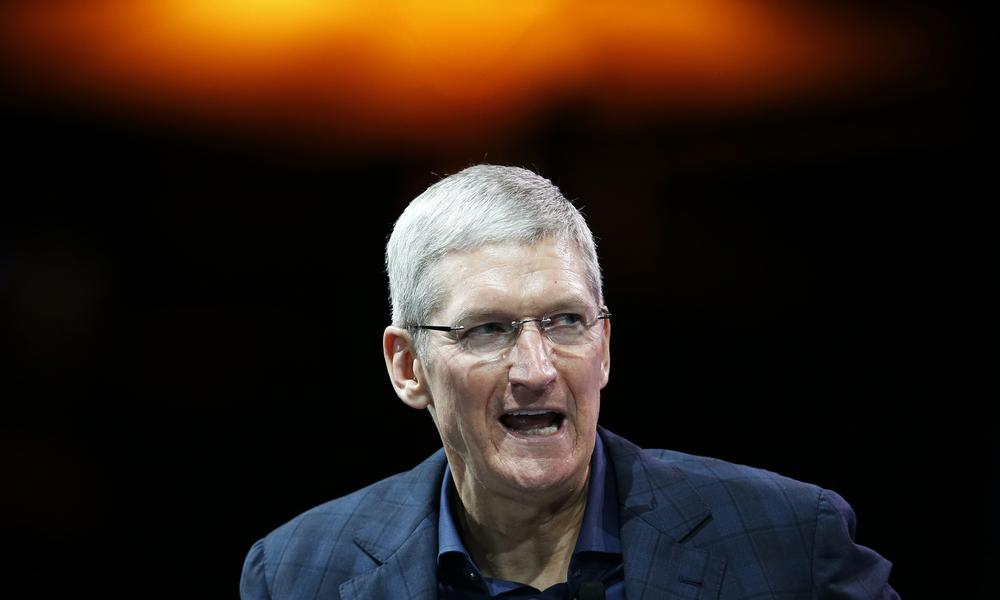 30 Oct 2014 – Tim Cook, chief executive of Apple, has officially come out as gay and described his sexuality as “among the greatest gifts God has given me.”

Cook, who had previously never denied being gay but neither had he publicly acknowledged his sexuality, wrote about being gay in an opinion article for Bloomberg.

“I’m proud to be gay, and I consider being gay among the greatest gifts God has given me,” the boss of the world’s largest company said on Thursday. “For years, I’ve been open with many people about my sexual orientation. Plenty of colleagues at Apple know I’m gay, and it doesn’t seem to make a difference in the way they treat me,” he said. Of course, I’ve had the good fortune to work at a company that loves creativity and innovation and knows it can only flourish when you embrace people’s differences. Not everyone is so lucky.”

Cook, 53, who became the boss of Apple in August 2011 shortly before founder Steve Jobs died after a long battle against pancreatic cancer, said: “While I have never denied my sexuality, I haven’t publicly acknowledged it either, until now. So let me be clear: I’m proud to be gay, and I consider being gay among the greatest gifts God has given me.”

Out magazine listed him on its 2013 “power list”, while tech blog Valleywag castigated the New York Times for erasing Cook when it wrote in May that “there is not a single openly gay chief executive at the nation’s 1,000 biggest companies.” Until today, Cook had also never confirmed that he is a gay man, to the extent that a CNBC anchor caused a minor fracas in June when he described Cook as “fairly open
about the fact that he’s gay”.

Cook, who has worked at Apple since 1998, said he had not previously opened up about his sexuality in an effort to try and maintain a level of privacy while running one of the world’s most scrutinised companies.

“Throughout my professional life, I’ve tried to maintain a basic level of privacy. I come from humble roots, and I don’t seek to draw attention to myself,” he said. “Apple is already one of the most closely watched companies in the world, and I like keeping the focus on our products and the incredible things our customers achieve with them.

“At the same time, I believe deeply in the words of Dr Martin Luther King, who said: “Life’s most persistent and urgent question is, ‘What are you doing for others?’ ” I often challenge myself with that question, and I’ve come to realise that my desire for personal privacy has been holding me back from doing something more important. That’s what has led me to today.”

Cook said being gay had been “tough and uncomfortable at times” but also made him “more empathetic, which has led to a richer life” and given him “the confidence to be myself, to follow my own path, and to rise above adversity and bigotry”.

“It’s also given me the skin of a rhinoceros, which comes in handy when you’re the CEO of Apple.”

While the essay is the first place Cook has publicly confirmed his sexuality, it’s not the first time he’s taken a stance against discrimination against LGBT people. In June, he tweeted his support for the White House’s decision to ban LGBT discrimination at federal contractors, calling it “a matter of basic human dignity”. And in February, he congratulated the football coach of the university he went to for saying he would be fine with a gay player on the team.

In the Bloomberg article, Cook said the world had changed considerably for gay people since he was a child, but more needs to be done to create a fair and more equal society. “There are laws on the books in a majority of states that allow employers to fire people based solely on their sexual orientation. There are many places where landlords can evict tenants for being gay, or where we can be barred from visiting sick partners and sharing in their legacies. Countless people, particularly kids, face fear and abuse every day because of their sexual orientation.”

Cook said he does not consider himself a gay rights activist, but he realised how much he has benefited from the sacrifices of equal rights activists in the past.

“I’ll admit that this wasn’t an easy choice. Privacy remains important to me, and I’d like to hold on to a small amount of it,” he said. “So if hearing that the CEO of Apple is gay can help someone struggling to come to terms with who he or she is, or bring comfort to anyone who feels alone, or inspire people to insist on their equality, then it’s worth the trade-off with my own privacy.”

Other high-profile business figures who have discussed their homosexuality more openly in recent years include the former BP boss Lord Browne, who has now written a book about homosexuality within the business world.

Suki Sandhu, chief executive of OUTstanding, a not-for-profit professional network for LGBT executives, said: “This is amazing news. There is no stronger diversity message to send than the CEO of the world’s most valuable company saying it makes sense to be open and authentic about who you are in the workplace. Coming hot on the heels of the appointment of Christopher Bailey as the first openly gay CEO of a FTSE 100 company, it shows that attitudes are changing.

“But the fact remains that Cook and Bailey are in a tiny minority. When conservative estimates put the percentage of UK adults who are lesbian,g ay, bisexual or transgender (LGBT) at 6%, it seems crazy that so few business leaders are open about their sexuality.”