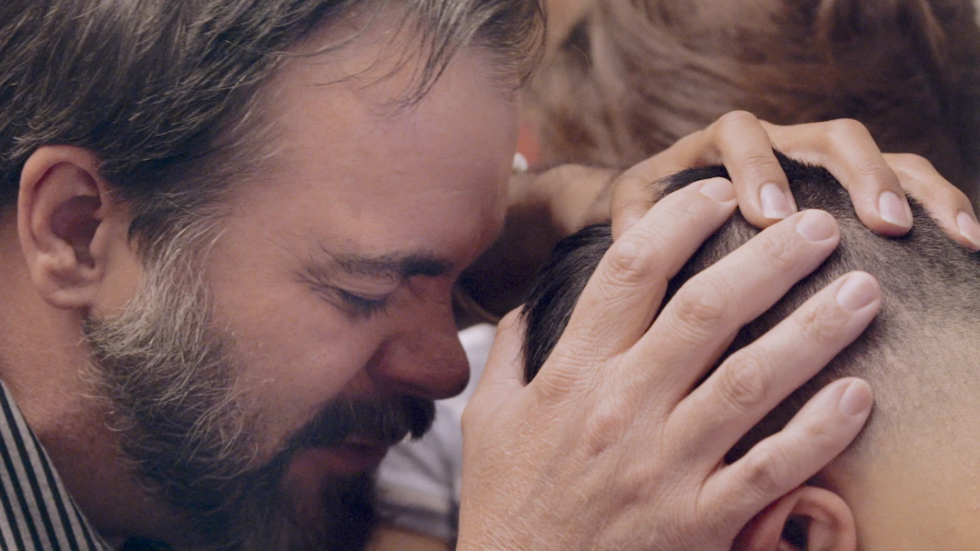 7 Aug 2021 – Conversion’s therapy’s bogus science is exposed in a new documentary in which ‘ex-gay’ Christian cheerleaders admit they’re homosexual and confess they were lying all along as they brought misery to vulnerable young people.

Wacko religious outfits aided and abetted by maverick psychologists and therapists following the crackpot pseudo science behind so-called conversion therapy may find business a little harder to come by, thanks to a brutally honest new documentary out this week.

‘Pray Away’, by filmmaker Kristine Stolakis, is 100 minutes spent denouncing the faith-based fantasy that homosexuality is simply an aberrant behaviour that, with the right sort of approach, can be ‘cured’.

Stolakis exposes the Christian organisations in the US that actively promote the idea that, with enough prayer and psychotherapy, gay can soon become ex-gay. However, while there are those who initially fall for this nonsense, many wake up to their gullibility and denounce the whole thing, becoming, well, ex-ex-gay.

Stolakis points her lens at three such individuals – Yvette Cantu Schneider, Julie Rodgers and John Paulk – as she tracks the rise and ultimate demise of Exodus International and its archly conservative Christian founders, who, in what seemed a genuine Damascene conversion, ultimately woke up to the incredible damage they were doing to peoples’ lives and dissolved their outfit completely, before admitting they were gay themselves anyway.

However, it did take three decades for the light-bulb moment to occur.

Stolakis also shows us Jeffrey McCall, who is still so much in denial of his true self – any mug can see that – and so convinced the Lord has chosen him for greatness that he accosts unsuspecting strangers on the street to ask if they “need a prayer today” and holds cult-like gatherings in his suburban home for fellow travellers of both sexes as he attempts to organise an annual ex-gay Freedom March. Freedom from what is never really clear.

It must be said, many of the men at these gatherings have a stereotypically urban gay attention to personal grooming and accessorising, but maybe that’s just the circles they move in. After all, appearances ain’t everythin’.

What’s most bizarre about those who seek to pray themselves straight is that many are self-referring, often coming to the conclusion that their homosexuality is evil because, in their interpretation, the Bible says as much. As devout Christians to a fault, if the Good Book says it’s wrong, then that is not to be questioned.

Stolakis finds that, for anyone harbouring doubts, there are plenty of organisations at hand to help defeat those demons and they can be very persuasive, particularly to vulnerable young people. She also discovers that breaking away from those cosseting, reassuring, manipulative ministries comes at a cost.

Detransitioning: The female who wants her boobs back after removing them to be male & the boy who became a woman to become a man

John Paulk was once the posterboy for these crazies, and having undergone conversion therapy and even married a ‘former’ lesbian he met on the scene, he was, for a time, the most famous ex-gay man in the world.

Until one drunken night in Washington he ended up in a gay bar, where he was instantly recognised, photographed fleeing down the street and, shortly after, dumped from his high-profile role at Exodus after a massive media pile-on, whereupon he finally embraced who he really was, along with a happily gay lifestyle and now lives with his male partner. His story is both sad and funny at the same time.

As a footnote, Paulk’s wife Anne left him and remains active on the ex-gay scene.

In ‘Pray Away’, Paulk now admits he was lying all along about being ex-gay. He was no such thing – it was all an act. So, too, does the co-founder of Exodus, Michael Busse, and the organisation’s vice president, Randy Thomas. All confess they lied. A shamefaced Busse admits, “We were doing what we thought God wanted us to do.”

Nevertheless, conversion therapy is still inexplicably popular. In the US alone, according to a 2019 report from the Williams Institute at the UCLA School of Law, nearly 700,000 lesbian, gay, bisexual and transgender adults have undergone some form of conversion therapy.

In the UK, that figure is a lot smaller, with just 2% of respondents to a 2018 Government Equalities Office survey of 100,000 LGBT people confirming they had been subject to the bogus practice. Interestingly, about 10% of Christian respondents and 20% of Muslims said they had undergone or been offered conversion therapy.

Although the overall numbers affected in the UK might be fewer than those in the US, the tremendous unnecessary harm and distress caused to individuals is the same.

A proposed UK-wide ban on conversion therapy was announced in the Queen’s Speech earlier this year, although when that might come into being is anyone’s guess, because a public consultation needs to be held first.

Doubtless this will give evangelical Christian groups time to circle the wagons, as they are most likely to be the only opponents to a ban. In Scotland, an impatient devolved administration has decided not to wait and has already begun its own public consultation that is looking at making conversion therapy a crime.

Professional organisations such as the American Medical Association and the American Psychiatric Association condemn the practice in the States, while in the UK, NHS England has declared it “unethical and potentially harmful”.

‘Pray Away’ exposes that harm, borne from self-loathing and self-denial, that, in Julie Rodgers’ case, led to scouring her arms with red-hot quarters, while, in others, it can manifest as such hatred of their own predicament that the suicide rate among young gay people who undertake conversion therapy is double that of those who don’t.

Activists claim that changing sex is a way to solve your problems, but will it really make you happy? Some experts aren’t so sure

Confusing, isn’t it? But Kristine Stolakis makes a timely and considered contribution to the culture wars by looking at the conservative right, after so much shouting and noise from the radical left. Even if you don’t like ‘Pray Away’, you should be grateful to the filmmaker for that.