At the Dec. 1 joint press conference held by the leaders of Russia and Turkey, Vladimir Putin announced that Russia was abandoning its ambitious South Stream project that would have significantly increased the supply of gas to Europe, sidestepping Ukraine. The expanded gas exports will now travel south – through Turkey.

To what extent does this project advance Russian and Turkish interests, and what will be the ramifications for Russia’s foreign policy?

Along with Nord Stream, the plans to build a gas pipeline to Bulgaria under the Black Sea in order to supply fuel to Southern and Eastern Europe were until quite recently Russia’s primary strategy for ensuring uninterrupted supplies of Russian gas to the West. South Stream would have secured Gazprom’s monopoly as a supplier of stable shipments of natural gas to Europe.

Ever since the first Maidan uprising, Moscow has been pondering new routes that would bypass Ukraine. Although it is expensive to lay pipe along a seabed, it would allow the biggest wholesale consumers, such as Germany and Italy, direct access to gas, while detouring around unreliable intermediaries. South Stream could potentially have served as the final link in a chain of pipelines encircling Ukraine, so that in the event of an emergency, that country could have been completely eliminated from the transit route.

And it was Europe – the intended beneficiary of this project – that stirred up problems. 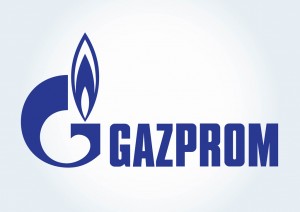 The crisis in Ukraine has spurred the European Union to scale down its strategic partnership with Russia. After a meeting with US congressmen in June 2014, Bulgaria, which long ago was granted political sovereignty as a gift from the Russian army, announced the suspension of construction work already in progress on South Stream, thus disavowing all previous agreements with Austria, Hungary, and Serbia – countries that are more loyal friends of Russia.

In September 2014, the European Parliament asked EU member states to cancel all planned energy agreements with Moscow. All this made it extraordinarily risky for Russia to plan any further construction work on South Stream. She potentially could have invested significant sums of money building underwater lines only to find the gate barred at the Bulgarian border. Thus Gazprom decided on an alternate route – through Turkey.

This is a very advantageous turn of events for Ankara. Turkish leaders have long dreamed of developing their country into a transit zone for gas shipments bound for Europe. The potential Nabucco gas pipeline – by which gas from Turkmenistan and Azerbaijan could be shipped to Europe – had formerly been a hot topic of discussion.

However, some external circumstances, chief among them – maintaining the nonaligned political status of the Caspian Sea, in addition to Russia’s unwavering opposition, made that project unfeasible. Gazprom has retained its uncontested monopoly as a supplier of stable gas shipments to Europe.

Adding an additional line to the Blue Stream pipeline would not only make it possible to expand gas consumption in Turkey itself while reducing its price, but would also allow lucrative gas shipments through Turkey to the Balkans. This is fully consistent with Turkey’s foreign policy of Neo-Ottomanism, which includes integrating the entire geographical area that at one time was under the sway of the Ottoman Empire. This expansion of Blue Stream would allow Ankara to “control the tap,” giving her significant input as to how natural gas is supplied to the Balkans.

Clearly America is not about to concede Europe to Gazprom. Bulgaria will still have to pay the outrageous price of $500 per thousand cubic meters and remain vulnerable to frostbite because of Ukraine’s irresponsible policies, because Washington surely knows best when it comes to what projects should be Sofia’s top priorities.

It turns out that myths about the freedom of international trade are really only for the benefit of countries that are members of this or that “club of civilization.” For everyone else the system advises a flexible policy of sanctions and democratic prescriptions for overthrowing dictatorships. In order to talk to the West as an equal, one must first cover one’s bets with a series of agreements with the East, which is what Vladimir Putin did during his visit to Ankara – a visit that will surely go down in history.

Alexander Sotnichenko is the Associate Professor at the Faculty for International Relations of St. Petersburg State University.

Translated with abridgements by Oriental Review