Western-style democracies — not the dictatorships they replaced — have allowed deeply undemocratic economic systems to flourish. So what’s to be done? 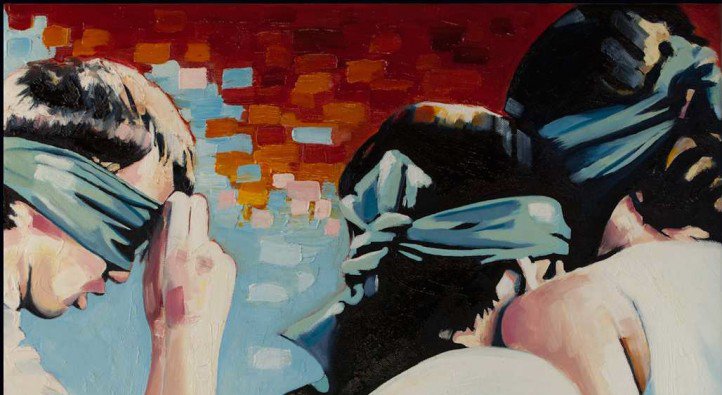 The evidence from Thomas Piketty, the United Nations, and other sources is quite conclusive: Rates of global inequality are simply unprecedented. And Neoliberalism is to blame.

In his celebrated book Capital in the 21st Century, Piketty marshals a massive amount of data to show that rising inequality has been the norm since capitalist growth took off in the 18th century. Now, he says, things are likely to become even worse.

The dynamics of contemporary capital accumulation, he warns, “can lead to excessive and lasting concentration of capital: no matter how justified inequalities of wealth may be initially, fortunes can grow and perpetuate themselves beyond all reasonable limits and beyond any possible rational justification in terms of social utility.”

The only period when there was a reversal of this flow, Piketty writes, occurred in the middle decades of the 20th century, when what he calls “exogenous shocks” — such as wars and the social revolutions they triggered — forced capitalist elites to make economic concessions. These social compromises were largely mediated by Keynesian or social democratic political regimes. By the last quarter of the 20th century, however, inequality resumed its onward march under democratic regimes implementing neoliberal policies.

As a member of the Philippine parliament and a longtime pro-democracy activist, I find Piketty’s remarks unsettling.

One of the things he seems to be saying, at least implicitly, is that democratic regimes — whose rise in the Global South paralleled the rise of neoliberalism in the North — don’t really work when it comes to containing economic inequality. They of course enshrine formal political equality and institutionalize majority rule. But they are ineffective at bringing about greater economic equality.

My generation came of age — from the 1970s to the 1990s — fighting to oust dictatorships and bring about democracy in the Third World. One of our potent arguments against authoritarianism was that it promoted concentration of income in dictatorial cliques allied with transnational capital. We said that democracy would reverse this process of impoverishment and inequality. From Chile to Brazil to South Korea to the Philippines, fighting against dictatorship was a fight for both democratic choice and greater equality.

Yet the evidence now seems clear that we were wrong. What Samuel Huntington called the “Third Wave” of democracy in the Global South went hand-in-hand with the spread of global economic policies that hobbled the fight for greater economic equality from the outset.

So what does this mean?

In the 28 years since we overthrew the dictatorship of Ferdinand Marcos, I’ve been an active participant in the struggle for land reform in the Philippines — both as an activist and a legislator. It’s taught me a lot about how democratic institutions can be used to promote deeply undemocratic interests.

Things at first appeared to be headed in the right direction. With the ouster of Marcos in 1986, not only was a constitutional democracy set up, but a sweeping land reform law — the Comprehensive Agrarian Reform Program, or CARP — was passed to give millions of peasants a title to their land. Redistribution would be accomplished peacefully under democratic governance, in contrast to the coercive programs in China, Vietnam, and Cuba.

Over the next few years, however, competitive elections were reduced to a mechanism whereby members of the elite fought one another for the privilege of ruling while consolidating their control of the political system as a class. Indeed, the vast majority of those elected to Congress came from either landlord or big capitalist families. One of the victims of this congealing of landed class power was CARP.

With a combination of coercion, legal obstructionism, and the conversion of land from agricultural to commercial and industrial purposes, the agrarian reform process stalled. Ultimately, less than half of the original 10 million hectares designated for redistribution was actually disbursed to peasants by 2008 — some 20 years after the beginning of the program. Indeed, with little support in terms of social services, many peasants ended up reselling their lands back to the landlords, while other beneficiaries lost their recently acquired lands to aggressive legal action.

It was at this juncture that I and several other parliamentarians got together to sponsor the Comprehensive Agrarian Reform Program Extension with Reforms Law, or CARPER. It was a hell of a time we had getting this passed, but we did it in August 2009. What made the difference were peasant strikes and marches — including a 1,700-kilometer march from the southern island of Mindanao to the presidential palace in Manila — and efforts by activists to disrupt congressional sessions.

CARPER plugged many of the loopholes of the original CARP, allocating some $3.3 billion to support land redistribution, subsidies for seed and fertilizer, and agricultural extension services. Most importantly, CARPER mandated that the distribution of all remaining land had to be completed by June 30, 2014.

My party — Akbayan, or the Citizens’ Action Party — joined the Philippine government as a coalition partner after the elections of May 2010, partly because we felt that President Benigno Aquino III would put an emphasis on completing agrarian reform. Yet despite our monitoring and constant pushing, the process of land acquisition and distribution proceeded at a snail’s pace. Thanks to landlord resistance, bureaucratic inertia, and nonchalance on the part of the president, over 550,000 hectares of land — including much of the best private land in the country — remained undistributed after June 30.

I tried one last time a few weeks ago to salvage CARPER by having the president — a scion of one of the wealthiest landed clans in the country — dismiss his timid secretary of agrarian reform. He refused.

Even as the landed elite was relying on the mechanisms of liberal democracy to subvert agrarian reform — including by exploiting loopholes in legislation and waging court battles — foreign powers like the United States, the International Monetary Fund, and the World Bank were seeking to fashion our economy along neoliberal lines.

Today, even as the elites battle it out in the Philippines’ thriving electoral politics, the rate of poverty — at nearly 28 percent — remains unchanged from the early 1990s. True, the economy has grown. But all studies show that the rate of inequality in the Philippines remains among the highest in Asia, underlining the fact that the fruits of growth continue to be appropriated by the top stratum of the population.

Ironically, the liberal democracy we fought for to free ourselves from dictatorship became the system for our subjugation to local elites and foreign powers. Shortly after our democratic transition, it became clear that multilateral agencies wanted our fledgling regime to use its democratic legitimacy to impose the structural adjustment programs that the dictatorship had failed to ram through.

The experience of the Philippines is very much like that of other developing countries over the last 30 years.

In Argentina, for instance, the international financial institutions pressured the new government of Raul Alfonsin to abandon its neo-Keynesian policies, implement tax reforms, liberalize trade, and privatize public enterprises. When the regime quailed, the World Bank asserted that the government had faltered in implementing “reform” and suspended disbursements on a structural adjustment loan.

In Peru, the post-dictatorship government of Alberto Fujimori was elected on a populist, anti-IMF platform, but quickly reversed itself in power to impose neoliberal “shock” programs that included steep price increases in the rates charged by state enterprises as well as radical trade liberalization.

Where democracy had not fallen to dictatorship, it fell to the IMF. In Jamaica, the progressive government of Michael Manley suffered a devastating loss of legitimacy when it caved in to pressure to impose an IMF stabilization program blessed by Washington. The program eroded quickly living standards.

Even more than dictatorships, Western-style democracies are, we are forced to conclude, the natural system of governance of neoliberal capitalism, for they promote rather than restrain the savage forces of capital accumulation that lead to ever greater levels of inequality and poverty. In fact, liberal democratic systems are ideal for the economic elites, for they are programmed with periodic electoral exercises that promote the illusion of equality, thus granting the system an aura of legitimacy.

The old Marxist term “bourgeois democracy” is still the best description for this kind of democratic regime.

Towards a New Democracy

To reverse the process requires not just an alternative economic program based on justice, equity, and ecological stability, but a new democratic system to replace the liberal democratic regime that has become so vulnerable to elite and foreign capture.

What might be some of the features of this new democracy?

First of all, representative institutions must be balanced by the formation of institutions of direct democracy.

Second, civil society must organize itself politically to act as a counterpoint and check to the dominant state institutions.

Third, citizens must keep in readiness a parliament of the streets, or “people power,” that can be brought at critical points to bear on the decision-making process: a system, if you will, of parallel power. People power must be institutionalized for periodic intervention, not abandoned once the insurrection has banished the old regime.

Fourth, citizen socialization must move away from the idealization of liberal democratic forms and towards bringing people to participate in the formulation of new, more participatory democratic arrangements. Likewise, equality — in the radical French Revolution sense of the term, not simply the bourgeois notion of “equality of opportunity” — must be brought back to center stage.

Finally, unlike in liberal democracy — when most people participate in decision-making only during elections — political participation must become a constant activity, with people evolving into active citizens instead of passive political actors.

The question is, how do we bring such fundamental reforms about at a time when organized elites and disorganized, quiescent citizenries appear to be the norm in both the North and the South?

Noting that “the long term dynamics of the wealth distribution are potentially terrifying,” Piketty asks whether the only solution might lie in violent reactions or radical shocks, like the wars and revolutions of the first half of the 20th century.

Perhaps we are now in for some of those radical shocks. Perhaps current developments in Iraq and Syria are not marginal events but explosions that will sooner or later also occur in other regions, including the North. When the political explosions occasioned by inequality and the search for identity are combined with what many foresee as the turbulent social consequences of the climate apocalypse, then perhaps we are not too far away from catastrophic change after all.

Will democracies survive and manage these exogenous shocks as they did in the mid-20th century? Or will they be overcome by internal and external pressures, leaving future historians — as philosopher Richard Rorty puts it — to wonder why the golden age of democracy lasted only about 200 years?

Walden Bello is a member of the House of Representatives of the Philippines. An earlier version of this piece originally appeared in TeleSur English.