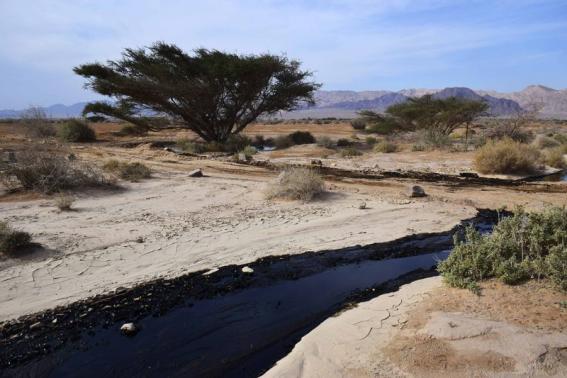 Crude oil streams through the desert in south Israel, near the village of Beer Ora, north of Eilat, December 4, 2014.
Credit: Reuters/Yehuda Ben Itach

4 Dec 2014 – Millions of liters of oil gushing out of a breached pipeline flooded a desert nature reserve in Israel overnight, causing one of the country’s worst environmental disasters, officials and media said.

Three people were hospitalized after inhaling fumes released by an accidental rupture in the Eilat-Ashkelon pipeline near the Evrona reserve, on the Jordanian border, police said.

The main road leading to Eilat, a Red Sea resort, from central Israel was closed intermittently as emergency teams contained the leak.

Evrona is known for its deer population and douma palms. 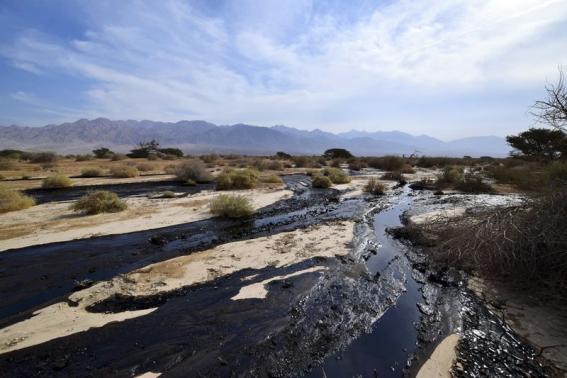 Crude oil streams through the desert in south Israel, near the village of Beer Ora, north of Eilat December 4, 2014.
Credit: REUTERS/Yehuda Ben Itach

“Rehabilitation will take months, if not years .. This is one of the State of Israel’s gravest pollution events. We are still having trouble gauging the full extent of the contamination.”

There was no immediate word of any injuries or damage on the Jordanian side of the frontier. 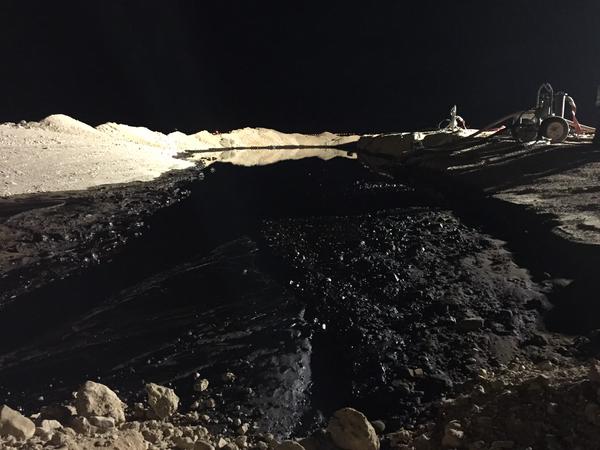