The Day Anti-Castro Forces Tried to Bomb the U.N. 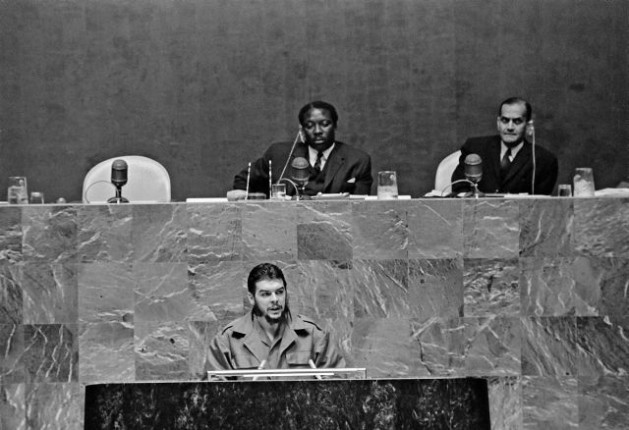 When the politically-charismatic Ernesto Che Guevera, once second-in-command to Cuban leader Fidel Castro, was at the United Nations to address the General Assembly sessions back in 1964, the U.N. headquarters came under attack – literally.

The speech by the Argentine-born Marxist revolutionary was momentarily drowned by the sound of an explosion.

The anti-Castro forces in the United States, backed by the Central Intelligence Agency (CIA), had mounted an insidious campaign to stop Che Guevera from speaking.

A 3.5-inch bazooka was fired at the 39-storeyed glass house by the East River while a CIA-inspired anti-Castro, anti-Che Guevara vociferous demonstration was taking place outside the U.N. building on New York’s First Avenue and 42nd street. 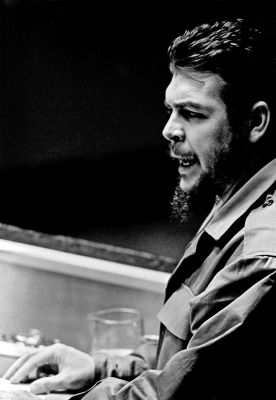 But the rocket launcher – which was apparently not as sophisticated as today’s shoulder-fired missiles and rocket-propelled grenades – missed its target, rattled windows, and fell into the river about 200 yards from the building.

One newspaper report described it as “one of the wildest episodes since the United Nations moved into its East River headquarters in 1952.”

With the United States resuming full diplomatic relations with Cuba on Wednesday – after a 53-year hiatus – will there be a significant change in its attitude towards the politically-ostracised Caribbean nation in the world body?

The United States has routinely led or co-sponsored scores of U.N. resolutions critical of human rights violations in Cuba and consistently voted against every single General Assembly resolution calling on Washington to lift the economic embargo on Havana imposed in 1960.

At the last General Assembly vote in October 2014, an overwhelming majority – 188 out of 193 members – voted to end the embargo, for the 23rd consecutive year.

As in most previous years, the only two countries to vote against the resolution were the United States and Israel.

And three other countries that have traditionally voted with the United States – Palau, Micronesia and the Marshall Islands – abstained on the vote this year.

After the vote, and as if anticipating a change in the political horizon, Cuban Foreign Minister Bruno Rodriguez invited the United States to establish “mutually respectful relations.”

“We can try to find a solution to our differences through respectful diplomacy. We can live and deal with each other in a civilised way despite our difference,” he added.

Asked about the historic U.S.-Cuba agreement, U.N. Secretary-General Ban Ki-moon said he had been informed in advance of the announcement by the U.S. government.

“This news is very positive. And I’d like to thank President Barack Obama of the United States and Cuban President Raul Castro for taking this very important step towards normalising relations,” Ban said.

“As much of the membership of the United Nations has repeatedly emphasised, through General Assembly resolutions during the last many, many years, it is time Cuba and the United States normalise their bilateral relations,” Ban told reporters Wednesday.

“The United Nations stands ready to help both countries to cultivate their good neighbourly relations,” he declared.

As longtime U.N. staffers would recall, the failed 1964 attack on the U.N. building took place when Che Guevera launched a blistering attack on U.S. foreign policy and denounced a proposed de-nuclearisation pact for the Western hemisphere, as he addressed delegates.

It was one of the first known politically motivated terrorist attacks on the United Nations.

After his Assembly speech, Che Guevera was asked about the attack aimed at him. “The explosion has given the whole thing more flavour,” he joked, as he chomped on his Cuban cigar.

When he was told by a reporter that the New York City police had nabbed a woman, described as an anti-Castro Cuban exile, who had pulled out a hunting knife and jumped over the wall, intending to kill him, Che Guevera said: “It is better to be killed by a woman with a knife than by a man with a gun.”