The Mysterious Case of Prisoner 212 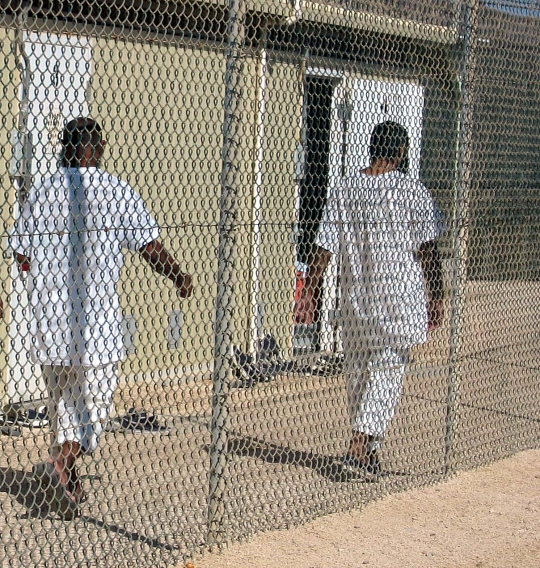 Researchers and reporters had long counted the total number of prisoners who cycled through Guantanamo at 779, but the Senate intelligence committee’s report on CIA torture revealed that there was one more previously unknown detainee. Ibn al-Shaykh al-Libi, also known as prisoner 212, was held at a secret black site at Guantanamo Bay, according to the report, bringing the total number of detainees to 780.

That al-Libi was held by the CIA is long established.  After all, al-Libi’s name is notorious as the source of bad information used by the Bush administration to tie Saddam Hussein to Al-Qaeda to support the US invasion of Iraq — information he provided while being tortured in Egyptian custody, and later recanted.

More than a single digit change in the tally, al-Libi’s hitherto unknown presence at Guantanamo underscores how much remains unknown about the total number of detainees and their fates. The Senate report includes a list of 119 men– a rare official disclosure of the individuals held and in many cases tortured by the CIA. Only a fraction of those had previously been acknowledged as CIA detainees, though journalists and human rights groups had pieced together the population of prisoners from disclosures about Guantanamo, leaked documents, and court proceedings.

The black sites in the Senate report are identified by color code names, but journalists and human rights groups quickly identified them. As the Miami Herald’s Carol Rosenberg first noted, the report confirms that al-Libi was at one of Guantanamo’s black sites—“Maroon” and “Indigo” in the report. Al-Libi was secreted away from Guantanamo in 2004 along with four other so-called high value detainees, before the Supreme Court determined that prisoners at the naval base had the right to challenge their detention.

Disappearing those detainees gave the CIA leeway to continue secret interrogations outside the view of any court system. Al-Libi ultimately ended up in prison in Libya, where he died in 2009.

The Senate report doesn’t cover everyone caught up in the CIA’s net. The Open Society Foundations, for example, published a report last year detailing 136 cases of individuals suspected to have been detained or rendered by the CIA. The Senate report misses some high-profile cases, however, because it didn’t include rendition — when the CIA handed prisoners over to third countries for interrogation or imprisonment. (As the Intercept’s Peter Maass noted last week, it also doesn’t touch on detainee abuse by the military.)

Maher Arar, a Canadian citizen, was detained in 2002 and shipped to Jordan and then Syria and tortured before being released in 2003. The Canadian government ultimately apologized and compensated him for its role in his rendition, but the Supreme Court allowed his case against the U.S. government to be dismissed.

Saami al-Saadi, a Libyan opposition member, was detained in Hong Kong in 2004 and forced onto a plane by British and American agents to return to Libyan custody along with his wife and four young children. Saadi was tortured there, and the family ultimately settled a claim against the British government for more than two million pounds. (In fact, the report redacts evidence of British involvement in the CIA program entirely; British intelligence agencies met with the Senate investigators repeatedly and asked to be scrubbed from the public version.)

The post-CIA fates of the detainees who are named in the Senate report vary. Twenty-nine of them remain in Guantanamo. Seven have been transferred from Gitmo to imprisonment in other countries or released. Several men were held at Bagram, the U.S. prison in Afghanistan, and have since been released or handed over to the Afghan government.

Some were rendered to other countries: prisoners handed over to Libya, Syria, and Egypt emerged during the uprisings in those countries.

Several of the men on the Senate list were reportedly killed by drone strikes, including Abu Yahya Al Libi, who escaped from Bagram and then was killed in Pakistan in 2012, or Hassan Ghul, who was tracked down by the NSA from an email sent by his wife. One man, Ahmed Ghailani, was brought to the United States for trial and now sits in a Supermax prison in Colorado.

According to the Intercept’s research, there are still 50 former CIA prisoners named by Senate investigators whose fates are unknown, and who have not, to our knowledge, spoken to the media or human rights groups. If you have any information about the names listed here, email the authors at cora.currier@theintercept.com or margot.williams@theintercept.com, or communicate with us anonymously via SecureDrop.