Venezuela’s Maduro: ‘US Knows Where It Can Stick Up Its Sanctions’

Speaking at rally to commemorate constitution anniversary, Maduro also calls for investigation of ‘imperialist nations which have bombed Libya, Iraq and Syria’ 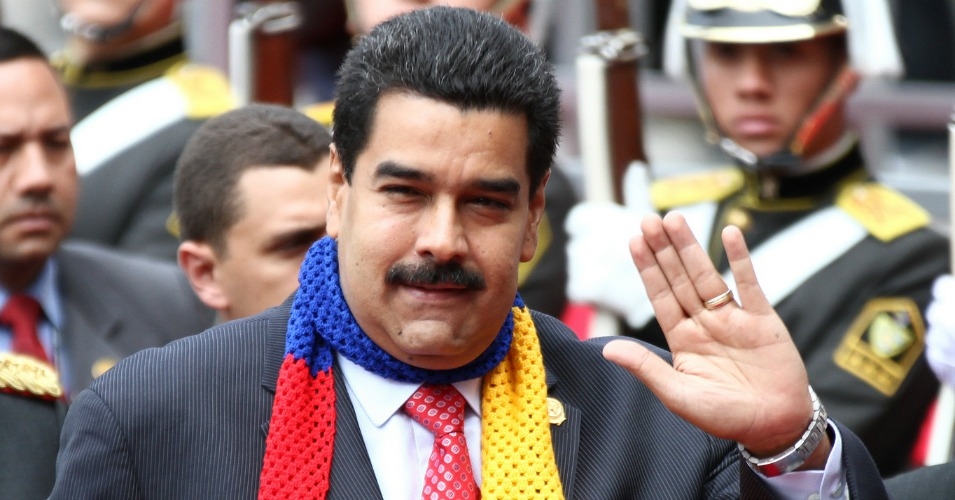 Venezuela’s President Nicolas Maduro denounced U.S. sanctions on Monday [15 Dec 2014] and told a crowd of supporters in Caracas that the recent police killings in New York and Ferguson were a sign of an “imperialist police state.”

Sparking Maduro’s comments at the rally to mark the 15th anniversary of Venezuela’s constitution was legislation passed by Congress last week to impose new sanctions against the Latin American nation. The measure would freeze the assets of and ban visas for “persons responsible for violations of human rights of antigovernment protesters in Venezuela, to strengthen civil society in Venezuela, and for other purposes.”

Speaking in front of a banner that read “Respect Venezuela,” the leftist leader said that “insolent Yankees[…] already know where they need to put the sanctions.”

Maduro’s comments echo those he made over the weekend, when he called the sanctions “stupid” and said they would “strengthen our fighters’ resistance.”

During his address, Maduro also called on his country to form a committee to investigate “imperialist nations which have bombed Libya, Iraq and Syria and that have destroyed our brothers.”

He added that the recent killings of Michael Brown, whom he mistakenly referred to as Chris Brown, and Eric Garner are “the major image of what is an oppression of an imperialist police state against its own people.”