2000 Estimated Dead in Nigeria from Boko Haram Massacre. But Who Is Arming Them?

Jan 12 2015 – Last week, Boko Haram executed, what appears to be, the largest massacre in Nigerian history. 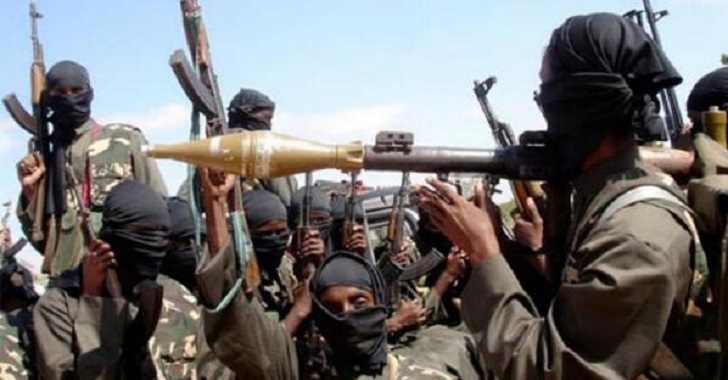 Already, the American mainstream media is prioritizing its focus of a horrific series of massacres in Nigeria, committed by the group ‘Boko Haram’, on select comparisons and observations. For example, before I wrote this piece, I Googled “Boko Haram”  and noticed that among the first three results, comparisons are drawn to ISIS and the recent events in France. Would you call this fear mongering? Historical perspective on this group is kind of ignored by the mainstream; it is essential to understand their history to understand why they exist and how to prevent groups from rising to power like this in the future.

Boko Haram, roughly translated to “western education is forbidden”, is a group that practices Jihad with somewhat of an occult history; they killed approximately 2000 people in just the first half of 2014.

They have killed thousands of people throughout their existence, spanning from 2002-present, but only existing in their current form from about 2009-present.

An excerpt from a Wikipedia page about Boko Haram says-

“After its founding in 2002, Boko Haram’s increasing radicalization led to a violent uprising in July 2009 in which its leader was executed. Its unexpected resurgence, following a mass prison break in September 2010, was accompanied by increasingly sophisticated attacks, initially against soft targets, and progressing in 2011 to include suicide bombings on police buildings and the United Nations office in Abuja. The government’s establishment of a state of emergency at the beginning of 2012, extended in the following year to cover the entire northeast of the country, resulted in a marked increase in both security force abuses and militant attacks. The Nigerian military proved ineffective in countering the insurgency, hampered by an entrenched culture of official corruption. Since mid-2014, the militants have been in control of swathes of territory in and around their home state of Borno, but have not captured the capital of Borno state, Maiduguri, where the group was originally based.”

Horrific mass killings by heavily armed African armies have been occurring for years now. As an American, you have to recognize that you can’t comprehend the pain endured by people witnessing and experiencing these massacres. Unless, of course, it’s happened to you. True empathy comes from experience.

While recognizing how intense and horrific this event is, the only logical thing to do now is find out why this happened.

Delving into that, a good first question might be: Who armed these people?

Considering the flow of arms and cash to extremists all over the Middle East and Africa over the last 50 years or so, most notably since the 80′s, we’re left to wonder.

Many militant movements across the Middle-East and North Africa are supported with arms from US “allies” such as Saudi Arabia, Qatar, and the United Arab Emirates. The US also has a long history of arming militant rebel groups and dictators throughout Africa and meddles in internal African politics militarily to this day.

The group definitely taps into anti-western sentiment in Nigeria considering the meaning of the name Boko Haram. The group seems to be a reflection of imperialist and Western blowback from years of intervention in and around resource-rich Nigeria.

If you choose to research this, please keep in mind there is a lot of background information probably ignored by the mainstream media. It’s much more complicated than it seems.

This article is free and open source. You have permission to republish it under a Creative Commons license with attribution to the author and TheAntiMedia.org.