In ‘Epic’ Chase, Sea Shepherd Vows to Pursue Poachers to ‘Ends of the Earth’

The dramatic chase, which has gone on for 22 days, is thought to be the world’s longest pursuit of an illegal fishing vessel. 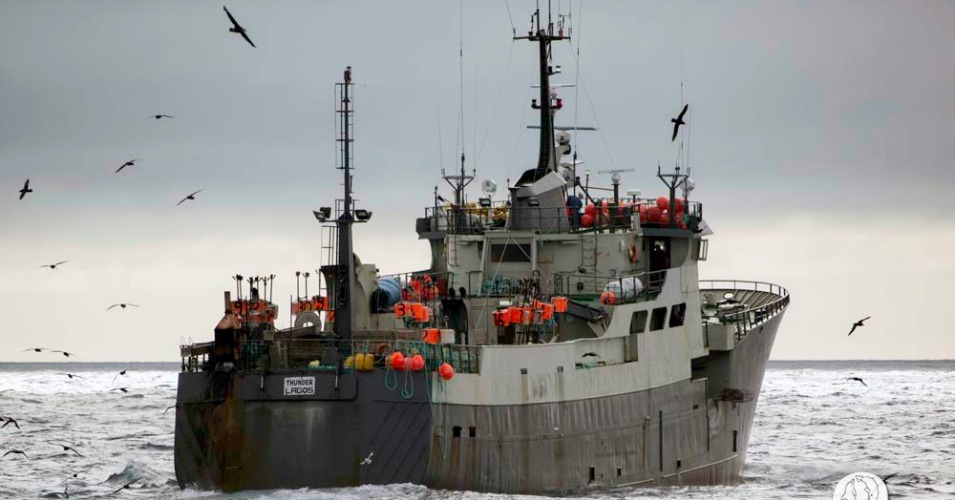 9 Jan 2015 – The international marine wildlife conservation organization Sea Shepherd is engaged in “epic” pursuit of an alleged poaching vessel in the Southern Ocean, about 2,300 nautical miles from South Africa, or about 80 nautical miles outside of Australian Antarctic waters.

The dramatic chase, which has gone on for 22 days, is thought to be the world’s longest sea chase of an illegal fishing vessel. 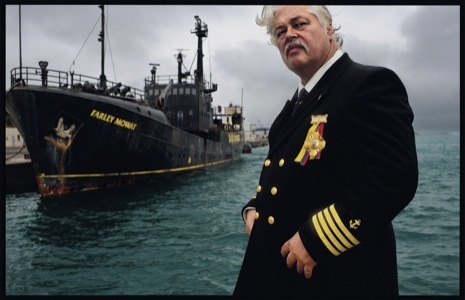 On December 17, the Sea Shepherd Conservation Society ship Bob Barker intercepted a known poaching vessel, the Nigerian-flagged Thunder, a trawler on the Commission for the Conservation of Antarctic Marine Living Resources’s black list of illegal operators. The Thunder is known to utilize gillnets in its poaching operations—a method of fishing outlawed by CCAMLR due to the risks it poses to marine mammals, sea turtles, and other oceanic species.

The Telegraph reports that “[t]he poachers, who are on an Interpol wanted list for illegal fishing, were on the hunt for the endangered Patagonian toothfish, whose buttery fillets are sold in high-end restaurants as Chilean Sea Bass.”

Once the ship was within radio distance, Bob Barker captain Peter Hammarstedt ordered the Thunder to Fremantle, Australia, to report to Australian law enforcement authorities.

“I have notified the Captain of the Thunder and his crew that they have been placed under citizen’s arrest; that they must cease their illegal fishing activities immediately and report to the Australian authorities,” he said at the time. “Should they ignore this order, I have notified the Thunder that Sea Shepherd has no choice but to directly intervene in order to obstruct their continued illegal activities.”

And intervene it did. The trawler failed to heed Hammarstedt’s order and instead attempted to evade its pursuers by sailing through waters dotted with ice floes and beset by heavy storms.

Bob Barker claims to be currently on the stern of the alleged poachers, some 1,000 nautical miles southeast of South Africa.

“Certainly we are prepared to chase these poachers to the ends of the Earth and back if we have to,” Hammarstedt told Agence France-Presse.

Meanwhile, Sea Shepherd’s sister ship, the Sam Simon, has begun a recovery operation to remove the Thunder‘s illegal gillnet from the Antarctic waters. In late December, it retrieved what it described as a “monster” gillnet more than 30 miles long.

“This monster net has entangled and suffocated marine life, killing them in the most undignified way imaginable,” said Sam Simon captain Sid Chakravarty. “My decks look like a battlefield with many of the recovered creatures in advanced stages of decomposition. The large number of dead animals that we have documented is proof of the wide-spread destruction that the Thunder has wreaked over its decade-long onslaught on the Southern Ocean.”

For the crew, there was a silver lining to the nefarious episode: In the course of their pursuit, Sea Shepherd conservationists encountered a pod of ‘Ecotype D’ orcas, a rare species of killer whale characterized by large bulbous foreheads and tiny post-ocular eye markings. There have been just 13 sightings of this type of orca, ever.

“The crew watched in awe as the 13 killer whales, including a small juvenile and a large male, used the six-meter swell to surf across the bow,” reported Erwin Vermeulen, chief engineer on the Bob Barker. “For almost an hour the surf-show continued and was accompanied by bow riding, tail-slaps and breaches.”

Watch never-before-seen footage of the orca pod below: