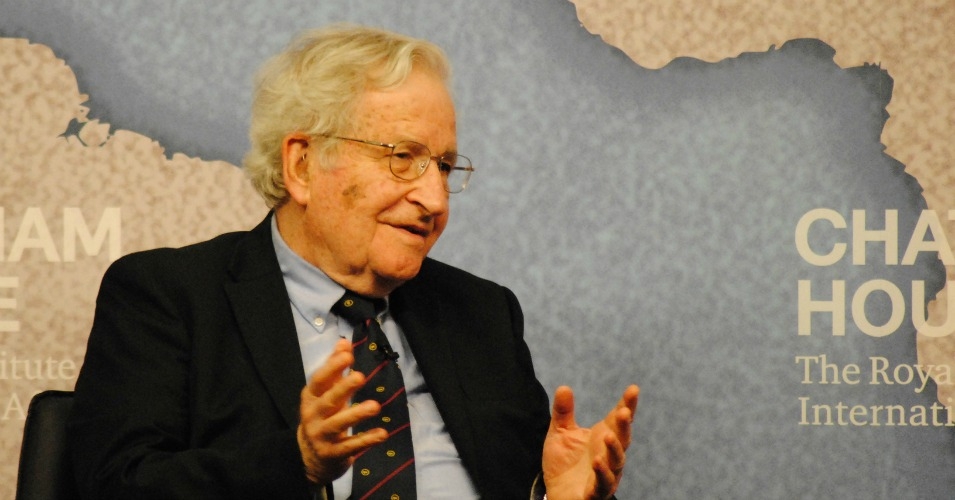 19 Jan 29015 – World-renowned linguist and scholar Noam Chomsky has criticized what he sees as Western hypocrisy following the recent terror attacks in Paris and the idea that there are two kinds of terrorism: “theirs versus ours.”

In an op-ed published Monday at CNN.com, Chomsky notes how the deadly attacks on Charlie Hebdo and a supermarket last week sparked millions to demonstrate under the banner “I am Charlie” and prompted inquiries “into the roots of these shocking assaults in Islamic culture and exploring ways to counter the murderous wave of Islamic terrorism without sacrificing our values.”

No such inquiry into western culture and Christianity came from Anders Breivik’s 2011 attack in Norway that killed scores of people.

That civil rights lawyer Floyd Abrams described the Charlie Hebdo attack as “the most threatening assault on journalism in living memory,” is not surprising, Chomsky writes, when one understands “‘living memory,’ a category carefully constructed to include Their crimes against us while scrupulously excluding Our crimes against them—the latter not crimes but noble defense of the highest values, sometimes inadvertently flawed.”

Other omissions of attacks on journalists noted by Chomsky: Israel’s assault on Gaza this summer whose casualties included many journalists, and the dozens of journalists in Honduras that have been killed since the coup in 2009.

Offering further proof of what he describes as western hypocrisy towards terrorism, Chomsky takes at aim at Obama’s drone program, which he describes as “the most extreme terrorist campaign of modern times.”

It “target[s] people suspected of perhaps intending to harm us some day, and any unfortunates who happen to be nearby,” he writes.