‘It shows that we can reach our ultimate goal, namely to stop global warming,’ said climate minister. 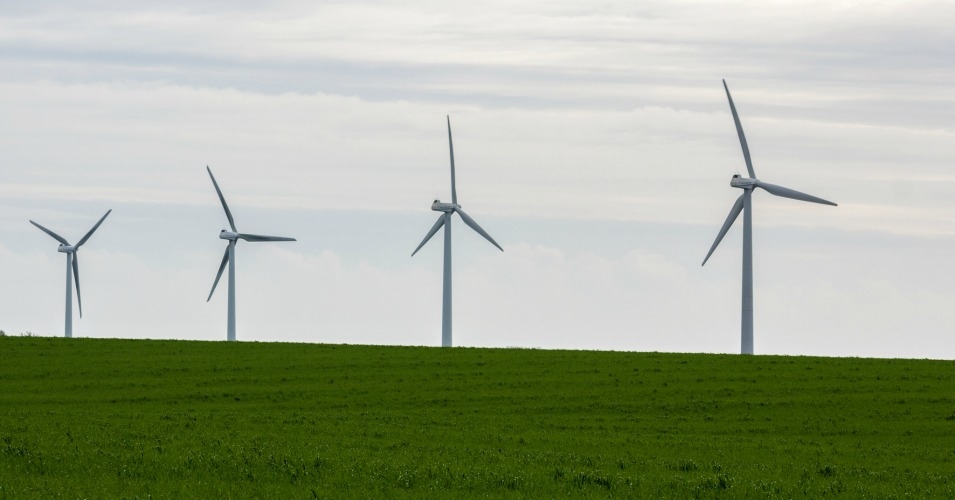 Wind turbines in a field in Denmark. (Photo: Alex Berger/flickr/cc)

Marking what the country said was a global record, in 2014, nearly 40 percent of electricity in Denmark was generated by wind.

At 39.1 percent, last year’s amount of wind-generated electricity was more than double what it was a decade ago.

Projections for that year, according to a statement released Wednesday from the Ministry of Climate, Energy and Building, include halving coal consumption and increasing to 71 percent the amount of renewable-generated electricity. Fossil fuels generated 84% of electricity needs in 2000, a proportion projected to drop to 29% in 2020.

The Nordic country’s target is to slash greenhouse gas emissions by 40% in 2020 compared to 1990 levels, helped by a goal of having half of its electric consumption met by wind.

“We still plan to put up more wind turbines. We are moving forward and we have more targets,” Petersen added to Danish news agency Ritzau. “We have set a one-of-a-kind world record. And it shows that we can reach our ultimate goal, namely to stop global warming,” he said.

Denmark is not alone in making strides in renewable energy.

An analysis by WWF Scotland found that 2014 was a “massive year” for wind and solar in that country. For example, “wind generated enough power to supply over 100% of Scottish households during six out of the 12 months,” the group stated.