Remembering Victims of Terror–And Forgetting Some Others 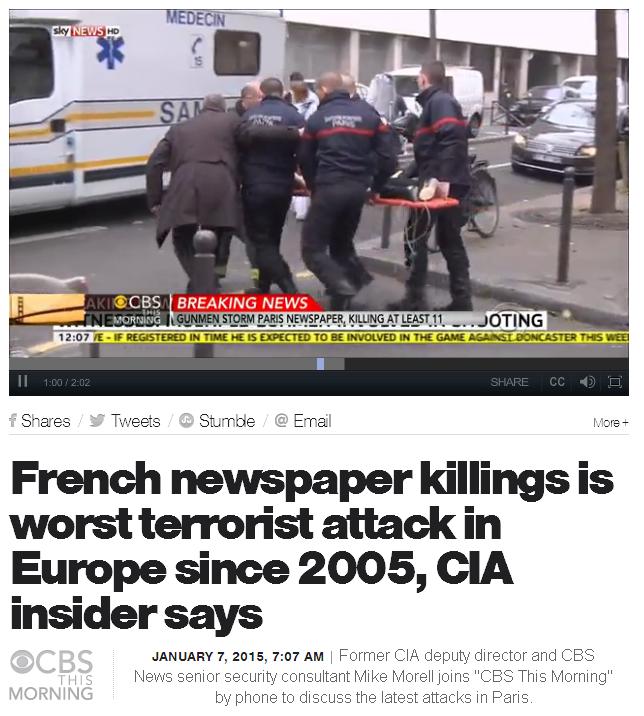 From the CBS News website, at least seven hours after it had been pointed out that the Charlie Hebdo massacre was not the worst terror attack in Europe since 2005.

This is the worst terrorist attack in Europe since the attacks in London in July of 2005. We haven’t lost this many people since that attack.

So apparently Morell doesn’t remember the bloodbath in Norway in July 2011, when Anders Breivik killed eight people by bombing government buildings in Oslo and then murdered 59 others, mostly teenagers, at a youth camp associated with the Labour Party. This was actually a deadlier attack then the London bombings, which killed 56. 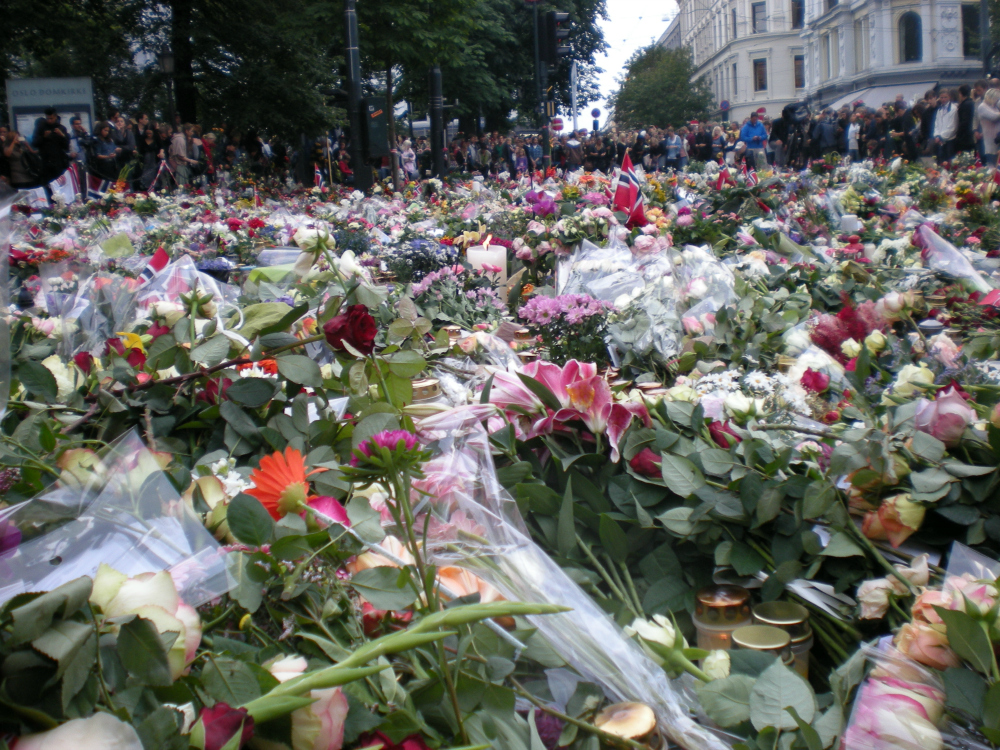 Flowers left outside Oslo’s cathedral to commemorate victims of a massacre less than four years ago that many in US media seem to have already forgotten.

Breivik said he was motivated by opposition to Muslim immigration, citing in his manifesto (Extra!, 9/11) Islamophobic blogger Peder Jensen on the need for violence to “demonstrate how serious the situation is, and force other Western nations to ban Muslim immigration and pressure Muslim citizens to assimilate or leave.”

The ability of supposed terrorism experts to forget major attacks is remarkable (Extra!, 3/10). In Morell’s case, it’s not hard to imagine why he forgot Breivik’s killing spree. Describing the attack on the French satirical paper, Morell said:

The motive here is absolutely clear. Trying to shut down a media organization that lampooned the prophet Mohammed. So no doubt in my mind this is terrorism.

Breivik’s motive was certainly not shutting anyone down for lampooning Mohammed. So perhaps, in Morrell’s mind, it doesn’t count as terrorism?

P.S. As Ali Gharib pointed out, the New York Times (1/7/15) quoted Morell’s claim about the Charlie Hebdo attack being Europe’s worst since 2005 without contradiction. So apparently no one there remember Breivik, either. (Though the Times‘ website did run an AP piece that included the Norway slaughter among other “terror attacks in Western Europe.”)