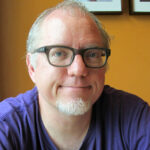 Need a Quote from an Official Enemy Denouncing Democracy? Do like the New York Times and Make It Up
Jim Naureckas | FAIR-Fairness and Accuracy in Reporting - TRANSCEND Media Service, 5 Apr 2021

You know you’re in for a hard sell when the New York Times (29 Mar 2021) publishes an article under the headline “An Alliance of Autocracies? China Wants to Lead a New World Order.” 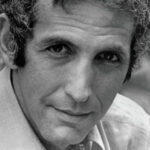 Contrary to what is generally believed, Mr. Ellsberg never ‘gave’ the papers to the Times.” In fact, Ellsberg did give the papers to Sheehan, as the story gets around to revealing 38 paragraphs later: “So he told Mr. Ellsberg that he now needed the documents, not just his notes…. This time, when Mr. Sheehan asked, Mr. Ellsberg consented…. He arranged for Mr. Sheehan to pick up a complete copy of the historical study stowed in an Ellsberg family apartment in Manhattan.”So the big revisionist revelation in the New York Times article turns out to be false.

Good News! US Corporations Won’t Have to Pay for Nuclear Disasters in India
Jim Naureckas – Fairness & Accuracy In Reporting-FAIR, 2 Feb 2015

The “breakthrough” between Obama and Modi seems to be an agreement that the law will be “tweaked” to let US corporations off the hook in case of a devastating accident. For example, suppliers of nuclear equipment could be redefined as “contractors” and therefore not be liable under Indian law.

Describing the attack on the French satirical paper, CBS News’ Morell said: “The motive here is absolutely clear. Trying to shut down a media organization that lampooned the prophet Mohammed. So no doubt in my mind this is terrorism.” Breivik’s motive was certainly not shutting anyone down for lampooning Mohammed. So perhaps, in Morrell’s mind, it doesn’t count as terrorism?

AP: Chavez Wasted His Money on Healthcare When He Could Have Built Gigantic Skyscrapers
Jim Naureckas – Fairness & Accuracy in Reporting-FAIR, 25 Mar 2013

One of the more bizarre takes on Venezuelan President Hugo Chavez’s death comes from Associated Press business reporter Pamela Sampson (3/5/13): Chavez squandered his nation’s oil money on healthcare, education and nutrition when he could have been building the world’s tallest building or his own branch of the Louvre. What kind of monster has priorities like that?