Good News! US Corporations Won’t Have to Pay for Nuclear Disasters in India 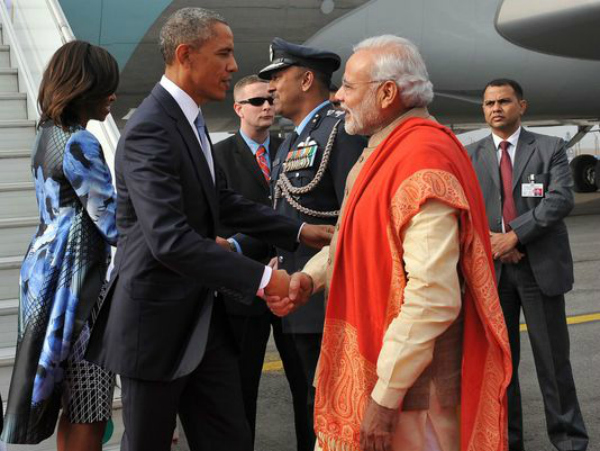 USA Today ran this photo of Obama with Indian Prime Minister Modi to illustrate a story about a nuclear “breakthrough.”

“US, India Move Forward on Nuclear Energy Deal” read the headline at the top of USA Today‘s front page (1/26/15). Moving forward–that sounds good, doesn’t it? The subhead was “Obama makes progress on the 1st day of his 3-day visit”–making progress also generally being seen as a good thing.

Online, the headline was “Obama, India’s Modi Cite Nuclear Investment Breakthrough” (1/25/15). And who doesn’t like a “breakthrough”?

The article itself had the same positive spin, beginning with its lead:

President Obama and Indian Prime Minister Narendra Modi said Sunday they reached “a breakthrough understanding” in freeing up US investment in nuclear energy development in India, as Obama began a three-day visit to India.

Not only is it a “breakthrough understanding,” it’s also going to be “freeing up” investment. In these word choices, USA Today is saying it wants you to know that this is good news.

But what is the news? Here’s how the paper’s Mandakini Gahlot summarizes the agreement:

Picking up from a stalled 2008 civil nuclear agreement between the two countries, the deal would allow US firms to invest in energy in India. It also resolves a dispute over US insistence on tracking fissile material it supplies to the country and over Indian liability provisions that have discouraged US firms from capitalizing on the agreement. 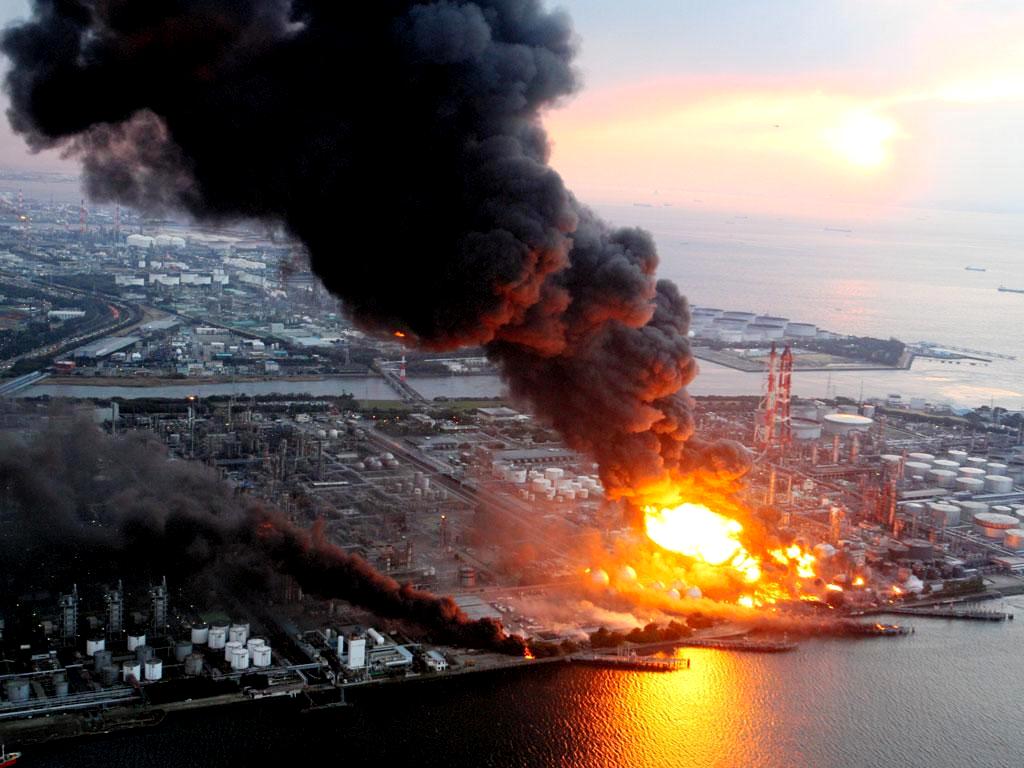 Fukushima: the kind of thing Obama thinks US corporations shouldn’t have to pay for.

“Indian liability provisions”–what does that mean? The only further explanation USA Today gives is a paraphrase of the White House view that the agreement “resolves the US concerns on both tracking and liability.” In other words, it doesn’t explain much.

You get a much fuller picture from a story in the Mumbai-based newspaper Indian Express (1/26/15), which explains that the problem is with Indian law:

India’s Civil Liability for Nuclear Damage Act, 2010, has a simple purpose: to make sure that victims of a nuclear accident can get quick compensation, without having to prove the plant operator was negligent, and irrespective of who was at fault…. Section 17b of CLiNDA says the plant operators…can claim compensation from their equipment suppliers if the accident resulted as a result of “equipment or material with patent or latent defects.” And Section 46 makes both suppliers and operators liable to be sued by accident victims.

This is in conflict with the international rules that the US nuclear industry has arranged for itself when marketing its products abroad:

In the US, the law allows victims to file damages claims against operators, suppliers and designers. However, when US firms started selling abroad, they pushed for the concept of legal channeling, which left only operators liable.

These corporations–who have the political backing of the US government–have succeeded in getting international conventions to agree that “no one other than operators can be held responsible” in the event of a nuclear catastrophe. The suppliers want assurances that these international conventions, and not Indian law, will be applied in the wake of such an event.

The “breakthrough” between Obama and Modi seems to be an agreement that the law will be “tweaked” to let US corporations off the hook in case of a devastating accident. For example, suppliers of nuclear equipment could be redefined as “contractors” and therefore not be liable under Indian law.

Of course, if USA Today explained that Obama had gotten the Indian prime minister to find a loophole that would allow US corporations to avoid having to compensate victims of nuclear disasters that they contributed to, that would be harder to present  as a “good news!” story.

Extra! Magazine Editor Since 1990, Jim Naureckas has been the editor of Extra!, FAIR’s monthly journal of media criticism. He is the co-author of The Way Things Aren’t: Rush Limbaugh’s Reign of Error, and co-editor of The FAIR Reader: An Extra! Review of Press and Politics in the ’90s. He is also the co-manager of FAIR’s website. He has worked as an investigative reporter for the newspaper In These Times, where he covered the Iran-Contra scandal, and was managing editor of the Washington Report on the Hemisphere, a newsletter on Latin America. Jim was born in Libertyville, Illinois, in 1964, and graduated from Stanford University in 1985 with a bachelor’s degree in political science. Since 1997 he has been married to Janine Jackson, FAIR’s program director. You can follow Jim on Twitter at @JNaureckas.