Need a Quote from an Official Enemy Denouncing Democracy? Do like the New York Times and Make It Up 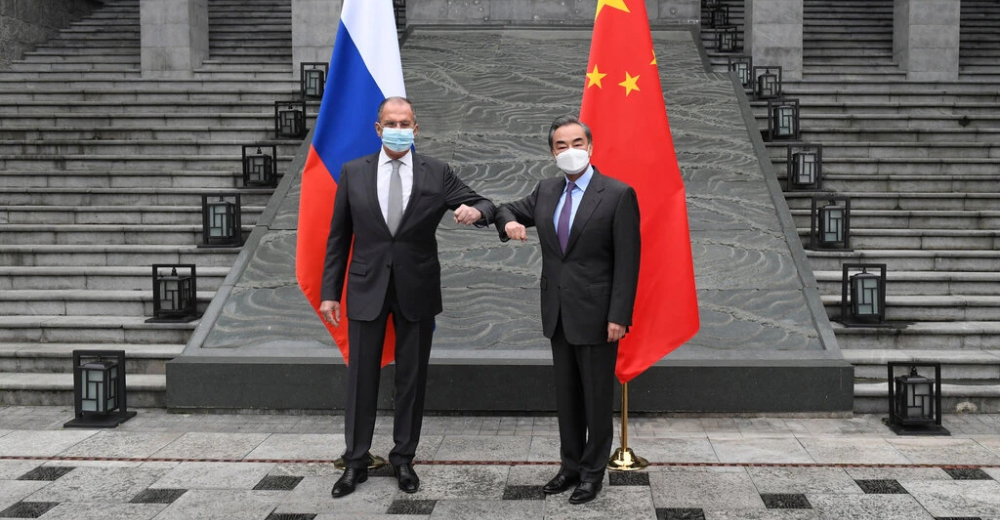 30 Mar 2021 – You know you’re in for a hard sell when the New York Times (3/29/21) publishes an article under the headline “An Alliance of Autocracies? China Wants to Lead a New World Order.”

China hopes to position itself as the main challenger to an international order, led by the United States, that is generally guided by principles of democracy, respect for human rights and adherence to rule of law. 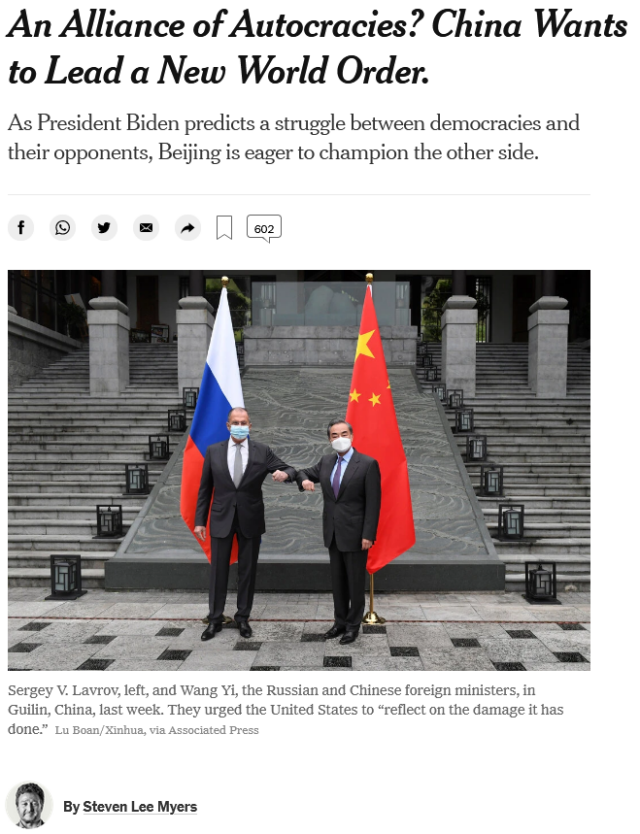 The New York Times (3/29/21) produces a new installment in its ongoing project of demonizing China (FAIR.org, 1/29/21): “As President Biden predicts a struggle between democracies and their opponents, Beijing is eager to champion the other side.”

“Generally” is doing a lot of work in that sentence. I don’t think I have to spend too much time reminding you that the United States is a massive supporter of coups and undemocratic governments; has an ongoing history of torture, detention without trial and extrajudicial killing; and asserts the right to invade and coerce countries in defiance of international law. But it’s what Myers does with this deceptive summary of US policy that I find most striking; he immediately follows with:

Such a system “does not represent the will of the international community,” China’s foreign minister, Wang Yi, told Russia’s, Sergey V. Lavrov, when they met in the southern Chinese city of Guilin.

Wang, like the New York Times, defines the US-led international order as one based in democracy, human rights and the rule of law, and says that doesn’t represent “the will of the international community”? That doesn’t seem likely. When you search for the part of the quote that’s actually in quotation marks, you find this release (3/26/21) from the Chinese government:

So what Wang actually said China was challenging is the “rules-based international order”—which he suggested doesn’t deserve its name, since only a handful of countries get to make the rules. He didn’t mention democracy or human rights in the statement; as for the rule of law, he said, “We should uphold the universally recognized international law.”

It’s an article of faith in US establishment media that they represent an independent watchdog press, whereas China’s news outlets propagandize the official positions of the state. Articles like this one make you wonder what they’re talking about.

Jim Naureckas is the editor of FAIR.org, and has edited FAIR‘s print publication Extra! since 1990. He is the co-author of The Way Things Aren’t: Rush Limbaugh’s Reign of Error, and co-editor of The FAIR Reader. He was an investigative reporter for In These Times and managing editor of the Washington Report on the Hemisphere. Born in Libertyville, Illinois, he has a poli sci degree from Stanford. Since 1997 he has been married to Janine Jackson, FAIR’s program director.