Chapel Hill Shooting: Three Young Muslims Have Been Executed, but the Media Ignored It Because of Religion

The lack of coverage proves that the West’s dehumanisation of Muslims is almost complete. 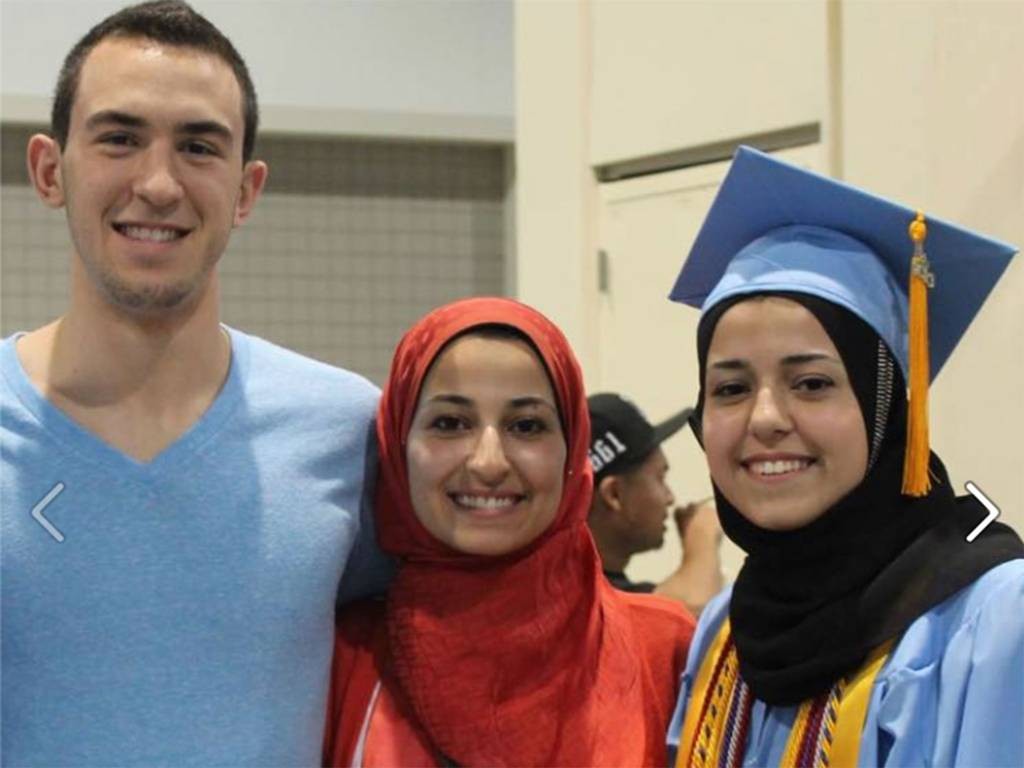 11 Feb 2015 – Just as I was getting my kids ready for school this morning, I heard my phone beep. I glanced down, and saw the words “Muslims Shot Dead in Chapel Hill”. I froze, and felt a familiar chill run down my back.

I rushed to Twitter in a desperate attempt to find out more. Who were these three people? Why were they killed? Are we at a point where Muslims are no longer safe in their homes? Or could this have been a random attack? I was secretly and maybe naively hoping it was the latter.

The attack would have happened around 10pm in the UK. When stories break at this time, the British press might have sent their latest editions to print, but they are still usually picked up by their night teams, who monitor news around the world while everyone else is asleep.

Only a handful of sites, such as Al-Jazeera, AP, and The Independent, were covering the story around the time I heard about the news. At the time of writing this, many still haven’t given it any coverage, and people are furious. Do the lives of Muslims not matter? they have asked. Is our blood cheap?  Why do we not get the same media attention when a crime is committed against us? 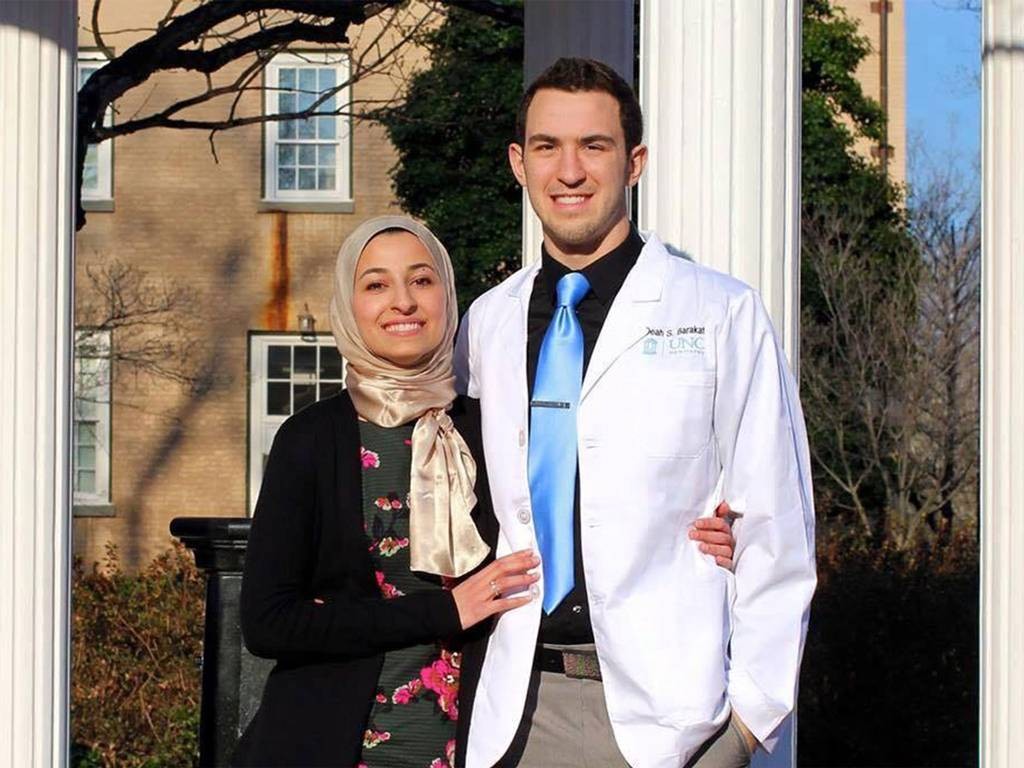 The three victims were 23-year-old Deah Shaddy Barakat, his wife Yusor Mohammad, 21, and her sister, Razan Mohammad Abu-Salha, 19. An American football and basketball fan, Mr Barakat was believed to be a dental student at the University of North Carolina and volunteered with a charity providing emergency dental care to children in Palestine. His sister in law ran a blog showing her interest in photography and art.

The victims were young people of around my age, ready and bursting with life. As I trawled through the messages of condolences it was apparent that Deah, Yusor and Razan were completely engaged with their community. 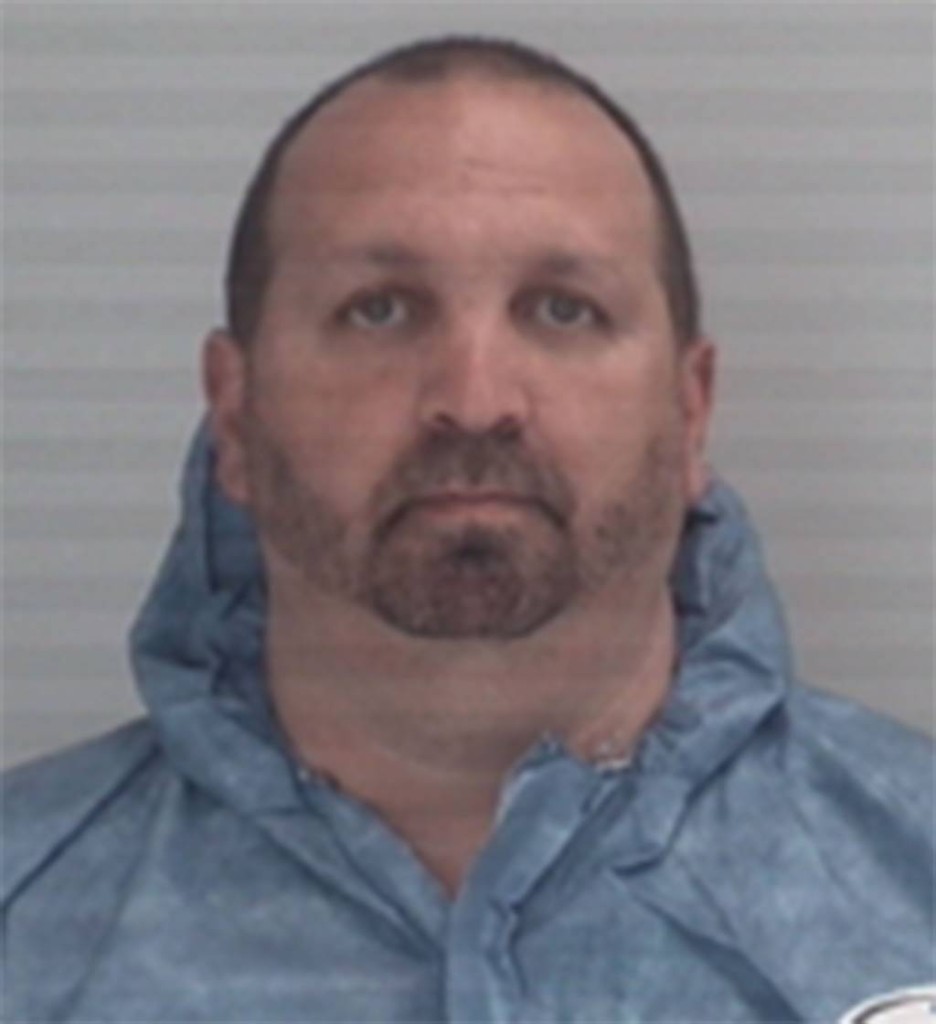 They were compassionate: Deah’s last post on Facebook was of him providing free dental supplies and food to homeless people.  Surely these victims deserved some mention? You don’t need to be a Muslim to feel the tragedy of those murdered in cold blood. You just need to be human.

This is the point that I want to end on, as the War on Terror rages, and terror attacks continue across the globe, Muslims have felt the repercussions more than ever before.

We have been collectively blamed, scapegoated and attacked for not doing enough. In doing so we have lost sight of the simple fact that hate begets hate. The more you paint a community as foreign, as a threat, as outsiders, you risk dehumanising them. And this has happened to such an extent that when they are murdered, there is no desire to give them the same sort of attention we would otherwise give all victims of terror.

To stop this from happening again, we need take a step back and remember that terror of any form is in tolerable, that we are all humans with the same aspirations goals and concerns.  Thus we should all unite against each and every act of terror, regardless of who orchestrates it.

Sabbiyah Pervez is a politics and philosophy graduate and operations manager at the award-winning counter-extremist and gender empowerment consultancy Inspire. She blogs at www.sabbiyah.co.uk