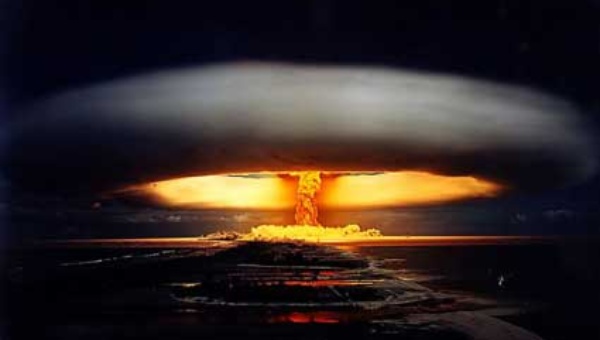 February 1, 1955 – President Dwight D. Eisenhower, after a White House meeting in which top Army leaders lobbied for large U.S. troop increases in Europe, replied, “The Army would be needed at home to deal with the chaos [if a war started with the Soviet Union]. You can’t have this kind of war, there just aren’t enough bulldozers to scrape the bodies off the streets.” (Source: Eric Schlosser. “Command and Control: Nuclear Weapons, the Damascus Incident, and the Illusion of Safety.” New York: Penguin Press, 2013, p. 144.)

February 1, 2011 – David E. Sanger and Eric Schmitt’s New York Times article, “Pakistan Nuclear Arms Pose Challenges to U.S. Policy” revealed that recent leaks by Pakistani or other South Asian sources put the number of nuclear warheads in that nation’s nuclear arsenal as 110 with enough fissile material to make 40-100 more warheads. If true, this would allow Pakistan to eclipse France as the world’s fifth largest nuclear power. Comments: While it is possible that disinformation may be inflating the arsenals of long-time antagonists India and Pakistan (who fought three wars in 1947, 1965, and 1971 and nearly came to nuclear blows at the turn of the millennium), it is nevertheless also true that tensions between not only India-Pakistan but also the United States and Pakistan could one day trigger a nuclear conflict in the region unless all nations push for global zero reductions and, in the shorter-term, a South Asian NWFZ (nuclear-weapon-free-zone).

February 2, 1993 – Semipalatinsk, the main Soviet nuclear test site in Kazakhstan where 456 (340 underground and 116 above ground) of the Soviet/Russian total of 715 nuclear tests were conducted between 1949 and 1989, was officially closed. On October 3, 1995, the U.S., under the Nunn-Lugar Cooperative Threat Reduction program, agreed to help permanently shut down the site and in the period 1997-2000, 181 test tunnels and 13 test shafts at the site were sealed in a cooperative U.S.-Kazakhstan effort. The site was declared “safe” by U.S. authorities according to a 2012 Department of Defense Fact Sheet, although the resulting short- and long-term radioactive fallout from these tests have negatively impacted generations of peoples living in the surrounding region.

February 8, 1982 – In the second edition of a three-part series published in The New Yorker, which later appeared as the award-winning, best-selling book “The Fate of the Earth,” New York city native and staff writer of that publication Jonathan Schell (August 21, 1943 – March 25, 2014) disagreed with Christian fundamentalists who argued that the nuclear holocaust that the U.S. threatened to unleash is the Armageddon threatened by God in the Bible. “It is not God who threatens us but we ourselves.” Shell argued. “Extinction would be utterly meaningless. There can be no justification for it and therefore no justification for any nation to push the world into nuclear hostilities.” And he also warned that, “…gigantic insane crimes are not prevented merely because they are ‘unthinkable.’ We must recognize the peril, dismantle the weapons and arrange the political affairs of the earth so that the weapons will not be built again.” (Source: http://www.newyorker.com/magazine/1982/02/08/the-fate-of-the-earth-ii-the-second-death.)

February 13-14, 1950 – A U.S. Convair B-36 bomber, equipped with a Mark IV nuclear bomb, took off from Eielson Air Force Base, Alaska en route to Carswell Air Force Base, New Mexico on a mission simulating a nuclear attack on the city of San Francisco. The plane was forced down when a design flaw caused three of its engines to catch fire near Vancouver Island off the Canadian coast. The Mark IV, which was made of uranium but thankfully had a nonworking lead nuclear pit, was jettisoned and the bomb’s 5,000 pound high explosive charge detonated at around 3,000 feet altitude. 12 of the crew of 16 personnel survived the crash. This incident was allegedly the first known loss of a nuclear weapon in history and it constitutes just one example of hundreds of nuclear accidents, near-misses, and “Broken Arrows” – any one of which could have accidentally triggered an unintentional nuclear war.   That risk still exists today.   (Sources:   Eric Schlosser. “Command and Control: Nuclear Weapons, the Damascus Incident, and the Illusion of Safety.” New York: Penguin Press, 2013 and website http://introtoglobalstudies.com/2012/10/broken-arrow-lost-nuclear-weapon-in-Canada accessed January 8, 2015.)

February 17, 1953 – Years after serving as the civilian director of the Manhattan Project to build the first atomic bomb, J. Robert Oppenheimer gave one of many speeches opposing the growing nuclear arms race, this one at the Council on Foreign Relations. “We may anticipate a state of affairs in which [the U.S. and U.S.S.R.] will each be in a position to put an end to civilization and the life of the other, though not without risking its own…We may be likened to two scorpions in a bottle, capable of killing the other, but only at the risk of his own life.” (Sources: Craig Nelson. “The Age of Radiance.” New York: Simon & Schuster, 2014, p. 259 and note that Oppenheimer’s speech excerpts were published in the July 1953 edition of Foreign Affairs: “Atomic Weapons and American Policy,” p. 529.) 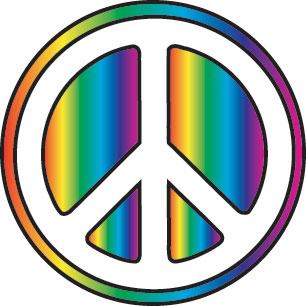 February 20, 1971 – At 9:33 a.m. EST, the National Emergency Warning Center at the North American Aerospace Defense Command (NORAD) headquarters in Colorado Springs allegedly transmitted an emergency teletype message directing all U.S. radio and television stations to cease normal broadcasting by order of President Richard Nixon. The message was not cancelled for more than 40 minutes. This incident may have been caused by a teletype operator loading the wrong tape instead of the routine Emergency Broadcast Network test broadcast. Nevertheless, newsrooms across America were in turmoil and the public was unnecessarily panicked. (Source: Jesus Diaz. This Message From NORAD Announced Global Nuclear War – In 1971. July 5, 2012. http://gizmodo.com/5923528/this-message-from-norad-announced-world-nuclear-war-in-1971 accessed January 7, 2015.)

February 23, 2013 – The Washington Post reported that Governor Jay Inslee had publicly announced that six of the 177 million gallon nuclear waste tanks at Hanford Reservation in south-central Washington state were experiencing significant leaks. The tanks are long-past their 20-year life span and the federal government is spending just a few billion dollars annually cleaning up dozens of legacy nuclear bomb-making sites nationally.   Comments:   In addition to the large military nuclear waste problem at sites like Hanford, Paducah, Kentucky, Fernald, Ohio, Oak Ridge, Tennessee and other locations, civilian nuclear power plant wastes, including thousands of spent fuel rods kept in water storage pools at nuclear reactor sites, and wastes shipped to the flawed Waste Isolation Pilot Project facility in New Mexico, represent a decades-long growing problem for not only the United States but for dozens of other nations that oversee the world’s 400 civilian nuclear power plants. This is yet another reason to call for not only the elimination of thousands of nuclear weapons but also the dangerous, economically unsustainable, and unhealthy global civilian nuclear power infrastructure. The huge clean up conundrum is growing exponentially worse year after year but policymakers continue to ignore or downgrade this crisis.