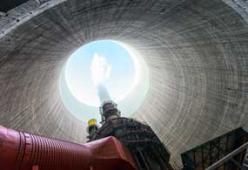 South Australia will hold a Royal Commission into the possible expansion of the state’s uranium mining industry to include nuclear enrichment, storage, and energy, Premier Jay Weatherill has announced.

“This royal commission will also look at the opportunities and risks associated with this sector,” Weatherill told media.

“Some people describe the potential economic benefits as enormous while others describe the risks as unacceptable,” he said.

Consultation on the commission’s terms of reference will begin on Monday, and the Premier has indicated economic, environmental and ethical considerations will be canvassed.

“We need a clearer understanding about the nature of energy demands around the world and indeed in this country,” Weatherill said.

“We also need a deeper understanding of our state’s and the nation’s energy needs and how they are likely to develop in the future,” he said.

“We are home to one of the largest uranium deposits in the world and after more than 25 years of uranium production, it is now time to engage in a mature and robust conversation about South Australia’s future role in the nuclear industry,” media quoted Weatherill as saying.

The South Australian Premier’s announcement follows a nation-wide move toward the expansion of uranium mining, with Western Australia, Queensland, and NSW moving to lift bans on uranium mining over recent years.

In 2008 Western Australia lifted its ban, Queensland followed suit in 2012, and both states are currently considering applications for new uranium mines.

NSW has not yet lifted its ban, but in 2012 the O’Farrell government changed its policy to allow for exploration – a move heralded by then mining minister Chris Hartcher as the dawn of a “new era” which would “create an industry”.

An application to expand Ranger Uranium Mine, the nation’s largest, is also being considered.

The federal government has also signalled a willingness to embrace nuclear energy, with Foreign Minister Julie Bishop calling for a “sensible debate” on the topic late last year, and revisiting the issue this year.

Both agreements have been criticised; advocates slammed the government’s deal with India, because it has not signed the Nuclear Non-Proliferation Treaty, and questioned the logic of selling uranium to a Middle Eastern country (the UAE).

The federal government’s ostensible desire to increase the nation’s already considerable uranium exports, though, has been slowed by the radioactive metal’s market value, which tanked in the wake of Japan’s Fukushima disaster in March 2011.

However demand for uranium is forecast to increase dramatically in coming years, and prices are likely to recover.

The Organisation for Economic Cooperation and Development Nuclear Energy Agency and the International Atomic Energy Agency have predicted that by 2035 world nuclear capacity will grow between 44 and 99 per cent.

Australia boasts around 35 per cent of the world’s uranium resources, and recent moves across the nation to expand the uranium mining industry suggest that Australia will continue to fuel the world’s nuclear sector.

In this context, the South Australian Royal Commission into possible nuclear enrichment, storage, and energy, is likely to be influential in determining how far down the nuclear path the nation as a whole is willing to tread.