Alfredo Lopez – This Can’t Be Happening

The ubiquitous doll is now an information-gathering device!

15 Mar 2015 – For many people reading this, there are at least two concepts that will offend.

One is surveillance, about which we’ve written often on this site. The other is the Barbie doll: the ubiquitous toy that has for decades molded girls’ (and boys’) concept of “the perfect female” as having an impossible-to-achieve figure derived from sexist fantasy and has taught them that their lives should be about dressing up and attracting the attention of a boring male named “Ken.”

There are, of course, many other offensive things going on in the world but these two catch the writer’s attention because, in a new version of this product toy-maker Mattel Inc. is introducing to the market this Fall they are combined. Barbie, the girl you can never be (and shouldn’t ever want to be), is now a spy. 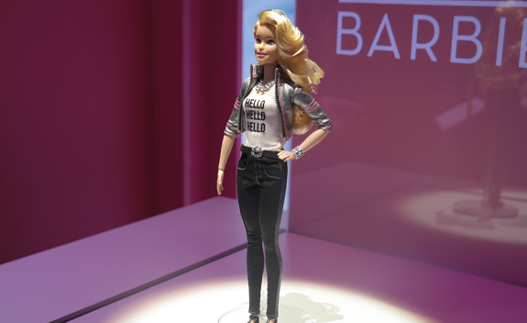 The company introduced its new doll, called “Hello Barbie,” at a February trade fair in New York and…well, you can’t make this stuff up.

This doll can converse with you (or with your child unless you play with dolls) and record the answers. It then transmits these answers to a data-bank at the company’s headquarters and stores them under the child’s name and other personal information, then analyzes this data and responds to it…immediately or months later. Given a little time, it will have profiled your child and turned her into an information gathering source.

For example, during the demonstration at the toy fair, the Washington Post’s Sarah Halzak reports [1], “…the Mattel representative chatting with Hello Barbie mentioned that she liked being onstage. Later in the conversation, when the Mattel representative asked Hello Barbie what she should be when she grew up, the doll responded, ‘Well, you told me you like being onstage. So maybe a dancer? Or a politician? Or how about a dancing politician?'”

While being a “dancing politician” might land someone in the Congress these days, the possibilities for more serious abuse abound. Children talk about their lives and the lives of their families. They often lack the boundaries about what is personal or private. In fact, if the doll’s owner happens to belong to an activist family, she and her siblings and friends could become a potential source of information about activities, movements, meetings…all the stuff the National Security Agency captures email, texts and phone conversations to find out.

Mattel insists that protective measures will be in place. It claims it will turn the data-gathering capability on only after parents have signed some kind of, probably on-line, agreement and it will never use the data for marketing purposes or anything intrusive. The company says that it’s only seeking this information to improve its product — kind of like turning its entire customer base into a focus group.

“Mattel is committed to safety and security, and Hello Barbie conforms to applicable government standards,” the company said in a statement.

That’s precisely what many privacy advocates like the folks at the Campaign for commercial-Free Childhood [2] are worried about.

Even parents who are aware of the impact of privacy issues, and many probably aren’t, would likely find it difficult to refuse to approve the chat capability. After all, how do you explain to a daughter why she can’t talk with her doll like many of her friends are doing?

Even more troubling, we have dolls in millions of family homes recording and transmitting information in line with the “guidelines” of the most advanced and intrusive information gathering government in the world: a government that has treated the Constitution like a bad joke. This is the company’s “assurance”?

While there are legal and moral issues involved in using this technology and a conversation with a child to improve a product, as Mattel claims it will do, the bigger worry is what it isn’t saying it will do.

Will there be a strict policy about how this information will be used or who it will be provided to? For example, say members of this family are now on the NSA’s watch-list, which just about every activist in this country now is. Would Mattel resist if the government says it wants the tapes of Barbie conversations to learn what kids may know about what their parents are doing or where they are going (information a child might speak about) or if it wants to insert probing questions into the doll’s conversation to get that kind of information?

What if the government tells the company to turn the doll on for certain households even if there is no parental consent? Or what if the doll’s programming allows it to pose more invasive questions exploring the child’s and family’s life — like a skilled interrogator in a stupid little prom dress? Is that an information-gathering opportunity anyone believes that the “vacuum it all up” NSA is going to pass up?

Would this company whose product has done so much over the years to entrench the sexist and self-hating image of women that is prominent in this society actually stand up to the government, when giant telecoms and computer makers like Verizon, Google, Microsoft and Apple have not?

Perhaps most important: is children’s play supposed to be about information-gathering? What kind of society allows a company to use child play in that invasive and abusive way?

When Mattel releases this product the Fall, the marketing will be over-whelming. Mattel is struggling; its profits tumbled 59 percent in the fourth quarter of 2014. This could well be the product the company is hoping will bring back the black ink. That means your children, particularly girls, will be exposed to the continuum of coaxing to pressure that is modern marketing and advertising in this country. That’s tough to resist, particularly for a youngster.

Thanks to Maritza Arrastía for bringing this one to our attention.