Dementia Now Affects over 47 Million People Worldwide, 75 Million by 2030, and Expected to Triple by 2050 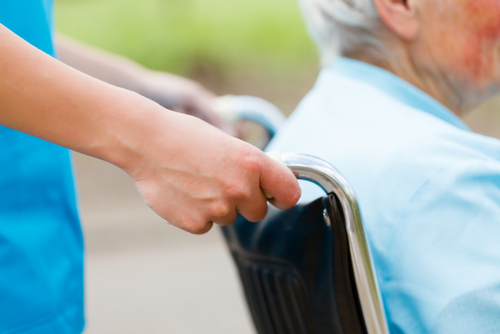 Dementia currently affects more than 47 million people worldwide, with more than 75 million people estimated to be living with dementia by 2030. The number is expected to triple by 2050, according to the conclusions of the WHO-hosted Ministerial Conference on Global Action Against Dementia in Geneva, held on 16-17 March 2015 in Geneva*

The final statement says “We, the participants of this Conference, note the following:

“There is a tidal wave of dementia coming our way worldwide.” said WHO Director-General, Dr Margaret Chan.

The global cost of dementia care in 2010 was estimated to be US$ 604 billion – 1.0% of global gross domestic product. By 2030, the cost of caring for people with dementia worldwide could be an estimated US$ 1.2 trillion or more, which could undermine social and economic development throughout the world.

“We need to see greater investments in research to develop a cure, but also to improve the quality of life of people living with dementia and the support given to their caregivers.” – Dr Margaret Chan, WHO Director-General

We, the participants of this Conference, call for the following actions for people living with dementia, their caregivers, families and community:

At the WHO-hosted Ministerial Conference on Global Action Against Dementia the Government of the United Kingdom of Great Britain and Northern Ireland on 17 March 2015 announced that over US$ 100 million will be invested in a pioneering new global Dementia Discovery Fund.

Major pharmaceutical companies have committed in principle to investing in promising research efforts for dementia through the project, along with the nongovernmental organization Alzheimer’s Research UK and the United Kingdom Government. The announcement was welcomed as the type of innovative mechanism that could bring about a breakthrough in treatment.

At this WHO Conference, supported by the Department of Health of the United Kingdom of Great Britain and Northern Ireland, and the Organization for Economic Cooperation and Development (OECD), 80 countries joined experts from the research, clinical and advocacy communities to discuss how, collectively, they could move forward action on dementia at the global level.

Participants highlighted the growing problem of dementia as a global public health challenge. WHO committed to leading and coordinating efforts on dementia. It also pledged to establish a Global Dementia Observatory that will monitor disease prevalence and dementia care resources in Member States and track the establishment of national dementia policies and plans.

More than 47 million people are living with dementia. Sixty percent of these people live in low- and middle-income countries. Driven by population ageing, this number is expected to triple by 2050. Already, dementia and cognitive impairment are the leading chronic disease contributors to disability and dependence among older people worldwide.

In 2010, the worldwide cost of dementia, mainly driven by social-care needs, was estimated at US$ 604 billion. Without breakthroughs in effective treatment and care, these costs are set to soar, with costs growing fastest in low- and middle-income countries.