Magna Carta Messed Up the World, Here’s How to Fix It

The “logic” of capitalist development has left a nightmare of environmental destruction in its wake. 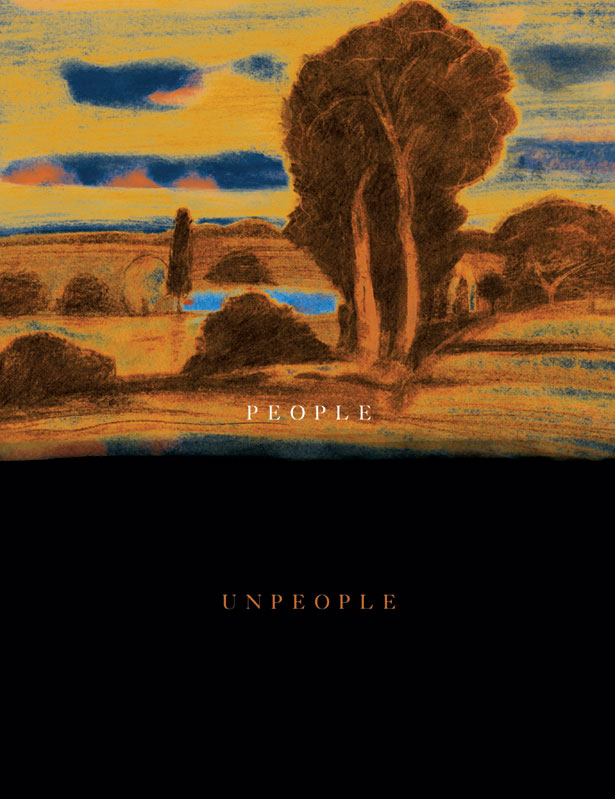 In a few months, we will be commemorating the 800th anniversary of the sealing of Magna Carta—commemorating, but not celebrating; rather, mourning the blows it has suffered.

The first authoritative scholarly edition of Magna Carta was published by the eminent jurist William Blackstone in 1759. It was no easy task. As he wrote, “the body of the charter has been unfortunately gnawn by rats”—a comment that carries grim symbolism today, as we take up the task the rats left unfinished.

Blackstone’s edition actually includes two charters: the Great Charter and the Charter of the Forest. The former is generally regarded as the foundation of Anglo-American law—in Winston Churchill’s words, referring to its reaffirmation by Parliament in 1628, “the charter of every self-respecting man at any time in any land.” The Great Charter held that “No freeman shall be arrested or imprisoned,” or otherwise harmed, “except by the lawful judgment of his equals and according to the law of the land,” the essential sense of the doctrine of “presumption of innocence.”

To be sure, the reach of the charter was limited. Nevertheless, as Eric Kasper observes in a scholarly review, “What began as a relatively small check on the arbitrary power of King John eventually led to succeeding generations finding ever more rights in Magna Carta and Article 39. In this sense, Magna Carta is a key point in a long development of the protection of rights against arbitrary executive power.”

Crossing the Atlantic, the Great Charter was enshrined in the US Constitution as the promise that “no person shall…be deprived of life, liberty, or property, without due process of law” and that “In all criminal prosecutions, the accused shall enjoy the right to a speedy and public trial, by an impartial jury.”

The wording seems expansive, but that is misleading. Excluded were “unpeople” (to borrow Orwell’s useful concept), among them Native Americans, slaves and women, who under the British common law adopted by the founders were the property of their fathers, handed over to husbands. Indeed, it wasn’t until 1975 that women gained the right to serve on juries in all fifty states.

The Fourteenth Amendment applied the “due process” provisions to states. The intent was to include freed slaves in the category of persons, but the effect was different. Within a few years, slaves who had technically been freed were delivered to a regime of criminalization of black life that amounted to “slavery by another name,” to quote the title of Douglas Blackmon’s evocative account of this crime, which is being re-enacted today. Instead, almost all of the actual court cases invoking the Fourteenth Amendment had to do with the rights of corporations. Today, these legal fictions—created and sustained by state power—have rights well beyond those of flesh-and-blood persons, not only by virtue of their wealth, immortality and limited liability, but also thanks to the mislabeled “free-trade” agreements, which grant them unprecedented rights unavailable to humans.

The constitutional lawyer in the White House has introduced further modifications. His Justice Department explained that “due process of law”—at least where “terrorism offenses” are concerned—is satisfied by internal deliberations within the executive branch. King John would have nodded in approval. The term “guilty” has also been given a refined interpretation: it now means “targeted for assassination by the White House.” Furthermore, the burden of proof has been shifted to those already assassinated by executive whim. As The New York Times reported, “Mr. Obama embraced a disputed method for counting civilian casualties [that] in effect counts all military-age males in a strike zone as combatants…unless there is explicit intelligence posthumously proving them innocent.” The guiding principles are clear: force reigns supreme; “law” and “justice” and other frivolities can be left to sentimentalists.

Problems do arise, however, when a candidate for genuine personhood is targeted. The issue arose after the murder of Anwar al-Awlaki, who was accused of inciting jihad in speech and writing as well as unspecified actions. A New York Times headline captured the general elite reaction when he was assassinated: As the West Celebrates a Cleric’s Death, the Mideast Shrugs. Some eyebrows were raised because Awlaki was an American citizen. But even these doubts were quickly stilled.

Let us now put the sad relics of the Great Charter aside and turn to the Magna Carta’s companion, the Charter of the Forest, which was issued in 1217. Its significance is perhaps even more pertinent today. As explained by Peter Linebaugh in his richly documented and stimulating history of Magna Carta, the Charter of the Forest called for protection of the commons from external power. The commons were the source of sustenance for the general population: food, fuel, construction materials, a form of welfare, whatever was essential for life.

In thirteenth-century England, the forest was no primitive wilderness. It had been carefully nurtured by its users over generations, its riches available to all. The great British social historian R. H. Tawney wrote that the commons were used by country people who lacked arable land. The maintenance of this “open field system of agriculture…reposed upon a common custom and tradition, not upon documentary records capable of precise construction. Its boundaries were often rather a question of the degree of conviction with which ancient inhabitants could be induced to affirm them, than visible to the mere eye of sense”—features of traditional societies worldwide to the present day.

By the eighteenth century, the charter had fallen victim to the rise of the commodity economy and capitalist practice and moral culture. As Linebaugh puts it, “The Forest Charter was forgotten or consigned to the gothic past.” With the commons no longer protected for cooperative nurturing and use, the rights of the common people were restricted to what could not be privatized—a category that continues to shrink, to virtual invisibility.

Capitalist development brought with it a radical revision not only of how the commons are treated, but also of how they are conceived. The prevailing view today is captured by Garrett Hardin’s influential argument that “Freedom in a commons brings ruin to all.” This is the famous “tragedy of the commons”: that what is not owned will be destroyed by individual avarice. A more technical formulation is given in economist Mancur Olson’s conclusion that “unless the number of individuals is quite small, or unless there is coercion or some other special device to make individuals act in their common interest, rational, self-interested individuals will not act to achieve their common or group interests.” Accordingly, unless the commons are handed over to private ownership, brutal state power must be invoked to save them from destruction. This conclusion is plausible—if we understand “rationality” to entail a fanatic dedication to the individual maximization of short-term material gain.

These forecasts have received some challenge. The late Elinor Ostrom won the Nobel Prize in economics in 2009 for her work showing the superiority of user-managed fish stocks, pastures, woods, lakes and groundwater basins. The historical review in her study, Governing the Commons, ignores the Charter of the Forest and the practice over centuries of nurturing the commons, but Ostrom did conclude that the success stories she’d investigated might at least “shatter the convictions of many policy analysts that the only way to solve [common-pool resource] problems is for external authorities to impose full private property rights or centralized regulation.”

As we now understand all too well, it is what is privately owned, not what is held in common, that faces destruction by avarice, bringing the rest of us down with it. Hardly a day passes without more confirmation of this fact. As hundreds of thousands of people marched in the streets of Manhattan on September 21 to warn of the dire threat of the ongoing ecological destruction of the commons, The New York Times reported that “global emissions of greenhouse gases jumped 2.3 percent in 2013 to record levels,” while in the United States, emissions rose 2.9 percent, reversing a recent decline. August 2014 was reported to be the hottest on record, and JAMA: The Journal of the American Medical Association predicted that the number of 90-degree-plus days in New York could triple in three decades, with much more severe effects in warmer climates.

It is well understood that most of the world’s fossil-fuel reserves must remain in the ground if an environmental disaster for humankind is to be averted, but under the logic of state-supported capitalist institutions, the private owners of those reserves are racing to exploit them to the fullest. Chevron abandoned a small renewable-energy program because its profits are far greater from fossil fuels. And as Bloomberg Businessweek reports, ExxonMobil announced “that its laserlike focus on fossil fuels is a sound strategy, regardless of climate change.” This is all in accord with the capitalist doctrine of “rationality.”

A small part of the remaining commons is federal land. Despite the complaints of the energy lobbies, the amount of crude oil produced from onshore federal lands in 2013 was the highest in over a decade, according to the Interior Department, and it has expanded steadily under the Obama administration. The business pages of newspapers like The New York Times and The Washington Post are exultant about “the boom in American energy production,” which shows “no signs of slowing down, keeping the market flush with crude and gasoline prices low.” Predictions are that the United States will “add a million more barrels of oil in daily production over the next year,” while also “expanding its exports of refined products like gasoline and diesel.” One dark cloud is perceived, however: maximizing production “might have a catastrophic effect” in “the creation of a major glut.” And with climate-change denier James Inhofe now chairing the Senate Committee on Environment and Public Works, and others like him in positions of power, we can expect even more wonderful news for our grandchildren.

Despite these long odds, the participants in the People’s Climate March are not alone. There is no slight irony in the fact that their major allies throughout the world are the surviving indigenous communities that have upheld their own versions of the Charter of the Forest. In Canada, the Gitxaala First Nation is filing a lawsuit opposing a tar-sands pipeline passing through its territory, relying on recent high-court rulings on indigenous rights. In Ecuador, the large indigenous community played an essential part in the government’s offer to keep some of its oil in the ground, where it should be, if the rich countries would compensate Ecuador for a fraction of the lost profits. (The offer was refused.) The one country governed by an indigenous majority, Bolivia, held a World People’s Conference in 2010, with 35,000 participants from 140 countries. It produced a People’s Agreement calling for sharp reductions in emissions, as well as a Universal Declaration on the Rights of Mother Earth. These are key demands of indigenous communities all over the world.

So, as we commemorate the two charters after 800 years, all of this gives us ample reason for serious reflection—and for determined action.

Noam Chomsky is the Institute Professor and Professor Emeritus in the Department of Linguistics and Philosophy at MIT. The most cited living source in the world, his theories have been extremely influential in the fields of analytic philosophy, psychology, modern language, and computer science. He has written over 100 books examining the media, US foreign policy, social issues, Latin American and European history, and more.

This article appeared in the April 6, 2015 edition of The Nation.