Multiculturalism and Its Dilemmas 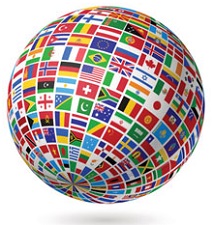 Wherever humans resided, there have always been groups that consider themselves somehow more indigenous to the region than others. The “indigenous” have tended to use a rhetoric of cultural purity, which they see as being defiled, or threatened, by others who are marginal or newly-arrived in the region, and who have therefore fewer rights than the indigenous groups (or no rights whatsoever). The response of this latter group has always been to claim some version or other of multiculturalism. That is, they have argued in favor of according equal rights to all (or most) residents, whether or not they share some of the cultural practices of the self-styled “indigenous” population.

Humans have always been on the move for many reasons. One is ecological exhaustion of the area from which they are moving. Another is the attraction of a higher standard of living elsewhere. A third is that for some reason they are being chased out of the area from which they are moving. The reality is that, if we trace descent far enough into the past, no one is where their ancestors once were. We are all migrants. We are none of us indigenous except by suppressing historical reality.

To be sure, this issue has caused more acute strife in recent decades for two simple reasons. Technological advances in transport and communications make it far easier to migrate further and faster than in earlier times. And the polarization of the world-system is much greater, making it considerably more tempting for persons in poorer countries to move to richer countries.

In addition, the fact that we are living amid the structural crisis of the modern world-system has meant that the rate of real unemployment has mounted very sharply. Hence the search for scapegoats has led to focusing on the migrants who are supposedly the cause of the high unemployment rates in the wealthier countries.

The pattern of moving up the ladder of wealth of countries applies of course to persons from the Global South migrating to the Global North. Let us say Mexico to the United States, Morocco to France, Philippines to Japan. It applies as well further down the ladder of wealth. Let us say Guatemala to Mexico, Mozambique to South Africa, Paraguay to Brazil. In every case, there is always a reaction from the receiving country demanding the exclusion or expulsion of the in-migrants, ostensibly to preserve jobs in the receiving country as well as to preserve the so-called indigenous culture.

What do we know about what really happens in most countries? In one way or another, all countries are multicultural. That is, there are groups of persons who have distinguishable cultural practices. They have different religions or languages or marriage customs. These different customs are pursued with different degrees of diligence. In periods that are not too stressful in economic terms, there is a good deal of neighborly interaction between persons of different groups, and often considerable intermarriage, further rendering the group distinctions less important and more difficult to discern.

In times, however, of economic stress, xenophobic themes grow more important in popular discourse and often lead to acute strife. Neighbors turn against neighbors. Children of intergroup marriages are forced to avow allegiance to one or the other group. Countries become more protectionist. Legal freedom of movement across frontiers becomes more difficult. There is a considerable increase in violence of all kinds.

To be sure, we need to distinguish between different situations in terms of the demographics. There have been zones in which an existing population was submerged by a relatively large and strong in-migrating population, which wiped out (or totally subordinated) the groups that had been there. Think of the Taino in Caribbean islands or the Fijians faced with a Hindu in-migration in the Pacific.

And then there are in-migrations of wealthy persons from the Global North into zones where they buy out the desirable land, raise costs generally, and force groups that had been previously there into marginal existences. This is now happening around the globe in zones that are climatically more desirable.

The claims of the “indigenous” groups to maintaining their cultural patterns and collective values has a quite different tonality in the case of resistance to in-migration of groups at the bottom of some social scale than of persons at the top of some social scale. And herein precisely are the dilemmas. Are we capable of understanding and acting on this distinction? Can we pursue sensibly different policies in the two cases? Can we in effect support the inevitable and desirable form of multiculturalism that is the basis of a fruitful peaceful interchange of cultural values? Or will we succumb to xenophobic ethnic cleansings across the world?