Tens of thousands kicked off global gathering of social movements by marching to the site of last week’s deadly attack. 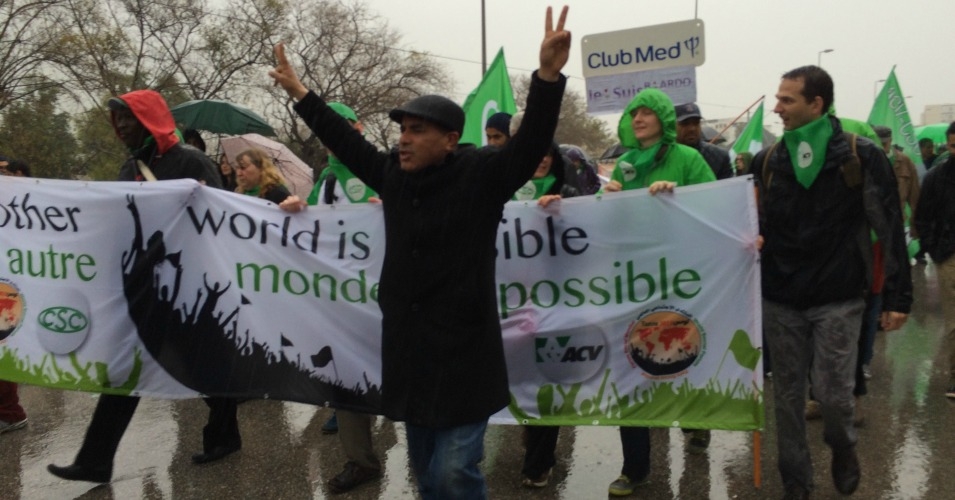 Tens of thousands of people marched in the pouring rain through Tunisia’s capital on Tuesday [24 Mar 2015] to kick off the 14th World Social Forum—a global gathering of civil society movements—and bring the message of peace and solidarity to the site of last week’s deadly attack on the National Bardo Museum.

“The march is really inspiring, and despite the rain, the energy is very high,” Mai-Stella Khantouche, member of the California-based Causa Justa/Just Cause, told Common Dreams over the phone from the demonstration as it proceeded to the museum. “There are so many different organizations and people here coming together to show solidarity,” added Khantouche, who is attending the Forum as a delegate with the Grassroots Global Justice Alliance.

Under the slogan, “Together to pursue the revolution of rights and dignity,” over 4,000 organizations from 120 countries are attending the international gathering, which takes place from March 24 to 28. Groups range a wide breadth of nations and causes, from the global peasant movement La Via Campesina to the Tunisian Association of Democratic Women to the international feminist action movement World March of Women.

Organizations from across the region are also well represented, including numerous groups from Iraq, which held its first Social Forum in September 2013.

Climate justice and global feminism are key themes this year—including a track organized by Tunisian feminists to address the social and economic conditions driving gender inequality on a global level. Participants will hold workshops, discussions, cultural events, and public actions on topics from the global anti-austerity fight to war and militarism to the Black Lives Matter movement. 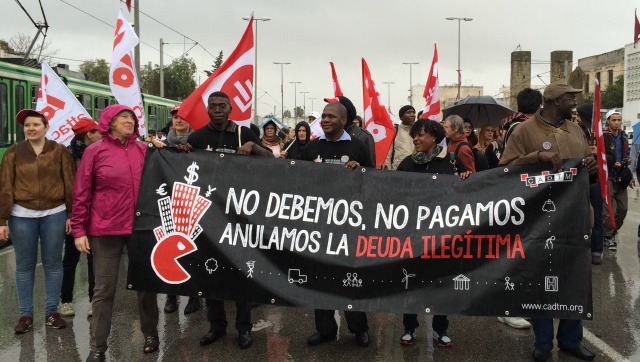 The gathering follows in the tradition of the first World Social Forum, held in Brazil in 2001 as an alternative to the annual meeting of the global elite at the World Economic Forum. Taking inspiration from the Latin American tradition of encuentro, the Forum is championed as “plural, diversified, non-confessional, non-governmental and non-party” meeting of international social movements to counter the global forces of neoliberalism, austerity, and climate crisis.

This year marks the second time the WSF has been held in Tunis, with the last international gathering in 2013 bringing tens of thousands to the seat of the Arab Spring. Members of the WSF International Council said they chose to hold the gathering in the Tunisian capital again, in part, to “consolidate the dynamics of changes born thanks to the Tunisian revolution and to the democratic movements in the region.”

Organizers say the recent attacks in Tunisia bring new urgency to this goal.

“The social movement in Tunisia and the region counts on the global support of democratic forces to oppose violence and terrorism,” said the WSF Local Organizing Committee in Tunis last week. “More than ever, the massive participation [in the Forum] will be the appropriate answer from all the peace and democratic forces towards a better, more fair and free world made of pacific co-existence.”

Maggie Martin of the U.S.-based organization Iraq Veterans Against the War said that participating in Tuesday’s march gave her a “lot of hope,” especially to see “plenty of women leading the way.”

Vivian Yi Huang, campaign and organizing director of the Bay Area, California-based Asian Pacific Environmental Network, told Common Dreams, “In organizing immigrants we understand that so many of our struggles are interconnected. Today, it was so inspiring and beautiful to see social movements come together from around the world. Just as the injustices we fight have no borders, neither should our movement.” 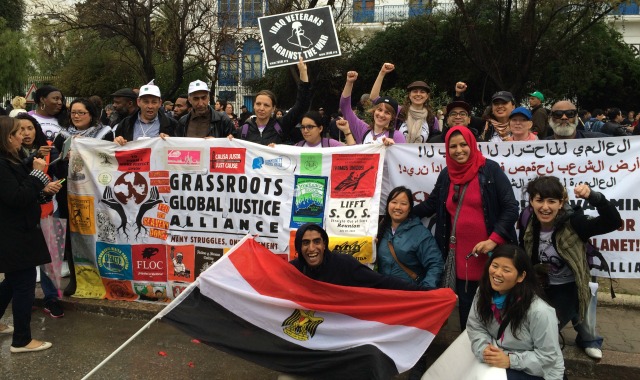