Explaining the Saudi-Iranian Rivalry in Yemen

While many observers view the conflict in Yemen as rivalry between Iran and Saudi Arabia, this view may not reflect the entire picture. 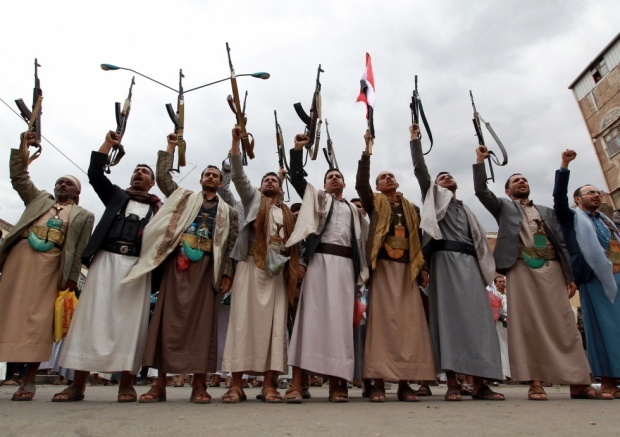 Two significant factors in the first decade of this century contributed to the emergence of Iran as a regional power. These were the US-led invasion of Iraq and subsequent removal of Saddam Hussein, Iran’s sworn enemy, and the sudden skyrocketing of oil prices in that decade.

Billions of dollars in extra cash bought Iranians vast influence in the region and led to the emergence of the Quds Army, the special forces unit of Iran’s Revolutionary Guards responsible for their extra-territorial operations, as a major player in the region.

In 2012, however, the trend began to dramatically reverse. The late 2011 American sanctions were paralysing, almost halving Iran’s oil and gas export revenue, from $118bn in 2011 to $63bn in 2013. Meanwhile, Iran could not access the generated revenue due to banking sanctions imposed by the Americans and Europeans.

In 2014, Iran was hit by another shock. Nose diving oil prices reduced the country’s oil and gas export revenue even further.

The unrest in Syria, which began in the early spring of 2011, established competition for influence in the Middle East, with Syria being used as a staging ground for a proxy war between Iran and an undeclared coalition formed by Turkey, Saudi Arabia, and Qatar.

This not only imposed extra economic pressure on Iran to support Bashar Assad but also threatened the geopolitical position it had gained in the previous decade.

Against this backdrop, however, a new factor suddenly emerged: the rise of militants in Syria, primarily the Islamic State (IS) group. This both transformed the US administration’s hostile stance toward the Iranian nezam (political system) and, according to the American view, strengthened their position in Syria compared to their regional rivals.

The extraordinary change in the US’s stance was evident when US Secretary of State John Kerry testified on 11 March before the Senate Foreign Relations Committee. In his testimony, Kerry said that the authorisation to use force in Syria, now under consideration by Congress, is “ISIL specific. There are those who wish it would include Assad, but it doesn’t.” Four days later, on CBS’s “Face the Nation,” Kerry said the United States would “have to negotiate in the end” with Assad.

This shift in US administration thinking could largely turn the table in favour of Iran against its regional rivals in Syria, namely Saudi Arabia and Turkey.

In January 2014, IS proclaimed itself the Islamic State, and its conquest of a large section of Iraq’s territory sent shockwaves around the world. The developments shaped a rare situation in which US and Iranian interests somewhat aligned.

Apart from the emergence of the IS, the search for a nuclear deal between world powers and Iran significantly helped to reverse Iran’s political isolation and will most likely lead to a large boost to its economy as a result of sanctions relief.

It was against this background that the Saudis began their air campaign in Yemen, aimed at setting “the conditions necessary to allow (exiled) president (Abd-Rabbuh Mansour Hadi) and his government to run the country.”

The reason behind the Saudi-led offensive

Observers present different explanations for Saudi Arabia’s attack on Yemen. Many view the conflict as a rivalry between the two Islamic factions, the Shiite and Sunni, led by Iran and Saudi Arabia respectively, over gaining hegemony in the region. The Houthis – a Zaidi Shiite movement suddenly rising in Yemen – could change the balance of power in favour of Shiites, while in Iraq also the Sunni IS is on the defensive as the Shiites advance.

This view, however, may not reflect the entire picture.

Close observation of alliances and competitions in the region demonstrate that they do not neatly form along sectarian fault lines. Saudi Arabia viewed the former Sunni, Egyptian president Mohamed Morsi and his Islamist group Muslim Brotherhood as a threat to the kingdom and had troubled relations with him.

Another instance is Shiite Iran allying itself with and supporting Sunni movements in Palestine – namely, the Islamic Jihad and Hamas.

A further glaring example is the alliance of Shiite militias, Sunni Kurds and Sunni Arab tribes fighting against Sunni extremists who operate under the banner of IS in the recent operations in Tikrit.

A more logical explanation for the Saudis military involvement in Yemen may be that Riyadh’s regional policy is deeply rooted in its domestic politics. In other words, Saudis view external threats in the framework of internal risks that they may create by endangering the political elite’s power.

The rise of the Muslim Brotherhood, a Sunni movement, in Egypt was tantamount to the ascendancy of Sunni political Islam, which could empower that movement inside the kingdom and thus challenge the status of the political elite inside the state. Immediately after the July 2013 coup in Egypt and the ousting of the Islamist prime minister and the leader of Muslim Brotherhood, the late King Abdullah praised the Egyptian army for having saved the country from “terrorism, extremism and sedition.”

It is in the same context that Riyadh views the Shiite minority in oil-rich areas of Saudi, and by extension the Iranian system, as a great threat to the kingdom. Riyadh considers the growing Iranian influence a catalyst for its Shiite minority, about 10 to 15 percent of its population, an instigator for that minority to demand more political participation and religious equality in the kingdom.

Accordingly, the recent advances of the Yemeni Houthis, the Zaidi Shiites, in Saudi Arabia’s backyard raised the kingdom’s concerns vigorously. Although Iran denies any meddling in Yemen, a series of statements by Iranian officials shed light on Iran’s point of view. The IRGC deputy commander Brigadier General Hossein Salami remarked, for instance, that “Ansarollah is a similar copy of Hezbollah [in Lebanon] in a strategic area.” Hezbollah, a Lebanese pro-Iranian militia group, was funded and organised by Iran.

What made matters worse – and a group of experts view it as a determining factor in Saudi’s military offense – was the likely conclusion of the conflict between Iran and the US over Iran’s nuclear programme. Perhaps it is not as much about the danger of Iran’s possible nuclear weaponisation, since, logically, Americans and Europeans lack the naivety to strike a deal that may provide Iran with the opportunity to build an atomic bomb. Rather, Saudis view the formation of a nuclear deal as an end to the decades-old US-Iran conflict that can potentially bring Iran’s economic and political isolation to an end, thus paving the path to its emergence as an uncontested power in the region.

This could be a valid assessment. In September 2014, Rouhani said in New York, “I hope that the first step [i.e., resolving the nuclear issue] will be taken in a good way. … As I have said before, our relations with America will not remain tense and hostile forever, but will one day be restored.”

Shahir Shahidsaless is a political analyst and freelance journalist writing primarily about Iranian domestic and foreign affairs. He is also the co-author of Iran and the United States: An Insider’s View on the Failed Past and the Road to Peace, published in May 2014.