How Worker Co-ops are Moving beyond Capitalism

11 Apr 2015 – The explosion of worker cooperatives in recent years has social justice organizers talking. Transitioning to a people-powered economy will require the work of many different social movements and worker co-ops have come to the center of the conversation due to their ability to address multiple issues at once. 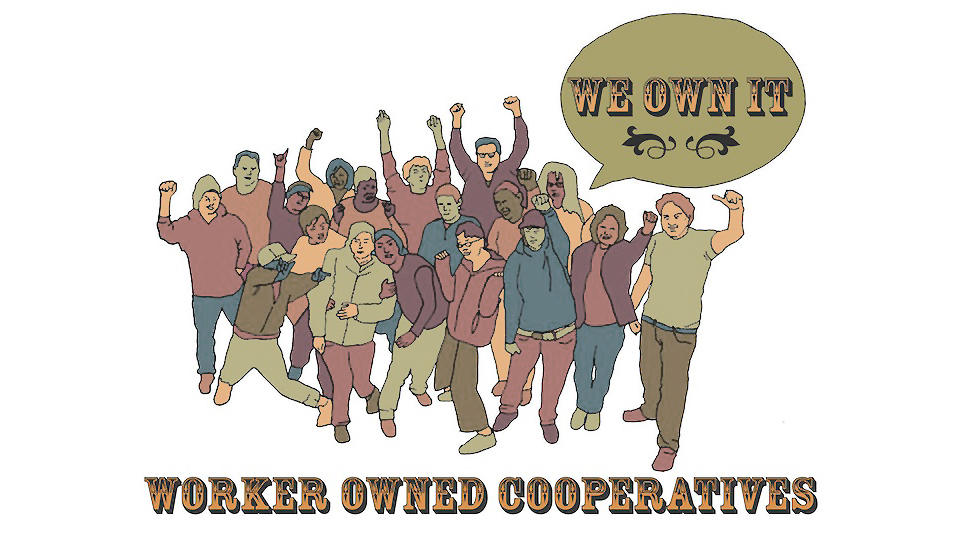 These democratically owned and controlled businesses serve as a laboratory for reinventing our economy and many overlapping social movements are combining forces in the experiment. A new documentary, Own the Change: Building Economic Democracy One Worker Co-op at a Time, shows the potential of a networked worker co-op movement and activists across the country are embracing the film as a way to form new alliances.

We – GRITtv and the Toolbox for Education and Social Action (TESA) – created the film and are coordinating a nationwide series of screenings with local activists. At TESA, we have also designed additional educational tools that speak to these audiences and that local organizers can use to further their efforts. The Toolbox for Education and Social Action provides each screening host with a discussion guide for use at the event. We also offer how-to guides to getting a worker cooperative started, like readiness evaluations, resource mapping exercises, and more. The film and educational materials are helping turn conversations into action in many communities.

Labor organizers have been quick to recognize the value of Own the Change. The first in the series of screenings was hosted in Detroit two weeks after the film’s launch. Co-op developers and educators hosted the event as part of a coalition of diverse groups. Three co-op organizations joined with the Detroit Black Community Food Security Network and Jobs With Justice. “It seemed that showing this film would be an ideal program for one of our monthly get-togethers,” says Mike Friedman of the Center for Community-Based Enterprise (C2BE).

Own the Change joins other labor-led efforts in Detroit to support the burgeoning worker co-op movement. Jobs with Justice has poured resources into co-op education, hosting a three-part series on what labor can learn from worker-owned enterprises that also included the participation of United Food and Commercial Workers, C2BE, and Colors Co-op Academy.

Surprisingly, unions and cooperatives haven’t always been friends; they have a complicated, even turbulent history. At certain points, the antagonism was so sharp that union shops thought co-ops were stealing jobs away from the labor movement. These days, however, labor is evolving rapidly and trying out new forms of organizing. They’ve come to see cooperatives as economic development engines and a new organizational form has emerged: the union co-op. It is one of many responses to the assault that lawmakers in many places have launched against unions. 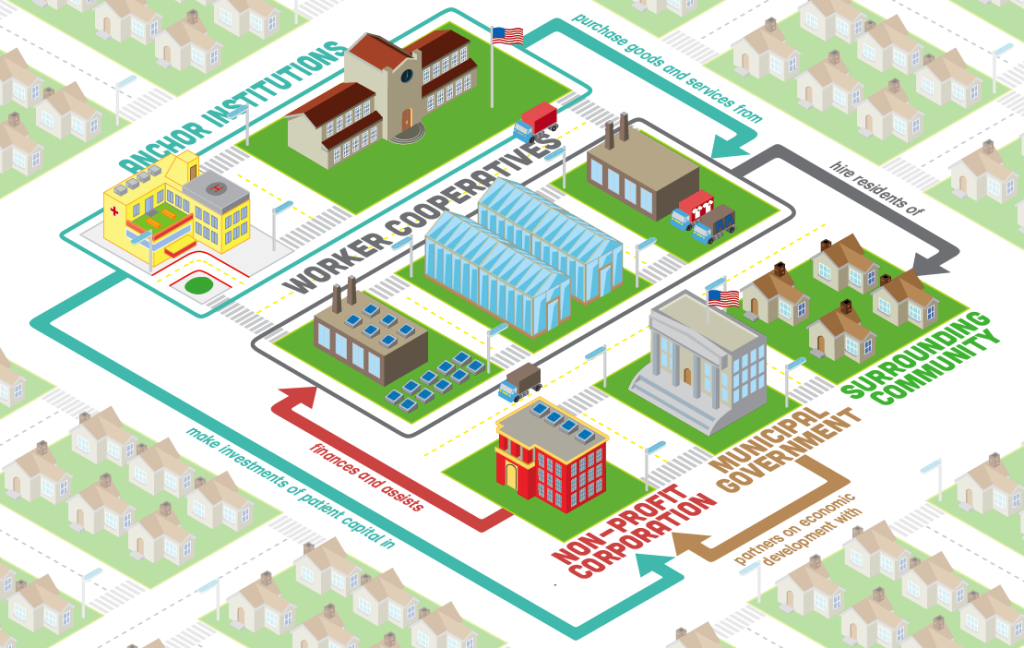 One of the most discussed offenders, Wisconsin, has seen its state government dismantle its citizens’ right to organize in the workplace – but meanwhile cities like Madison have provided millions in support to worker co-op development. In a recent interview, Paul Soglin, the mayor of Madison, commented on the city’s new Cooperative Enterprise Development (CED) initiative: “Building a great local economy is not reserved for white males,” he said.

“We’re hoping this will be part of our economic development strategy in areas where there’s food insecurity, where there isn’t a concentration of jobs, and where significant numbers of households are below the poverty line.”

Rebecca Kemble, president of the US Federation of Worker Cooperatives and a worker-owner at Union Cab Cooperative of Madison, ranfor Madison Common Council on a people-centered economic development platform that includes strong support for the CED initiative. In Own the Change she highlighted the importance of building strong networks of cooperative businesses saying, “Just as an individual co-op enterprise can only be successful if there’s good relationships amongst the members, the co-op movement as a whole can only exist as a movement if the co-op businesses are engaged in these ever-expanding layers and levels of networks and cooperating with each other.”

She added, “The film and educational materials offer a chance for new and experienced cooperators to work with community organizations and civic leaders to build a new economy.”

Members of the New York City Network of Worker Cooperatives, the coalition that won this campaign, came together at the debut screening of Own the Change to strategize, educate, and celebrate their recent victory. Hosted by the filmmakers, the event included panel presentations by organizations as diverse as a social services agency and an educational nonprofit. One presenter, Vanessa Bransburg, says that her agency, The Center for Family Life, a program of SCO Family of Services, views worker cooperatives as a necessary support structure for the low-income and immigrant families they serve.

“Tools like Own the Change give us the opportunity to share our unique approach to providing cooperative development incubation services and enable us to connect with other like-minded organizations,” she said.

Own the Change speaks to the diverse audiences that make up the movement for economic justice and will no doubt galvanize the partnerships and alliances that use the film. Social movements that grow and incorporate a variety of viewpoints have staying power, and, thanks to Own the Change and many other efforts, new economy activism is blossoming with this kind of activity.