‘Any Person You See – Shoot to Kill’: The IDF Doctrine Which Causes the Death of Innocent Palestinians 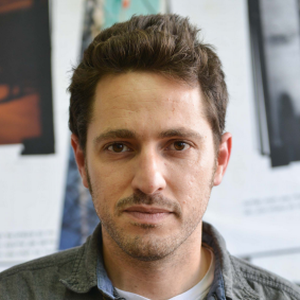 As a former sniper with the Israeli army, I am calling for an investigation of the events that took place in Gaza last year.

5 May 2015 – The conflict in the Gaza Strip in the summer of 2014 was the most violent and destructive round of fighting experienced in Gaza in recent years. According to the UN, 2,205 Palestinians lost their lives, 18,000 homes throughout Gaza were damaged or destroyed and 108,000 Palestinians were left homeless. This unprecedented scale of death and destruction is not a matter of chance and should surprise no one – it is the result of a deliberate change in recent years in the way the Israeli army (IDF) conducts its wars.

This change began in 2005, when Professor Asa Kasher and Major General (res.) Amos Yadlin published a paper called “Military Ethics of Fighting Terror: An Israeli Perspective.” This paper offers a radically changed perspective on the IDF’s obligation to avoid harming innocent lives. It defines a “hierarchy of lives” with four levels. The lives of Israeli citizens come first, followed by the lives of IDF soldiers. The lives of enemy civilians come next and enemy combatants come last. This hierarchy determines that the army’s duty is to do everything in its power to prevent harm to IDF soldiers, even if it causes probable harm to the lives of innocent Palestinian civilians in Gaza. 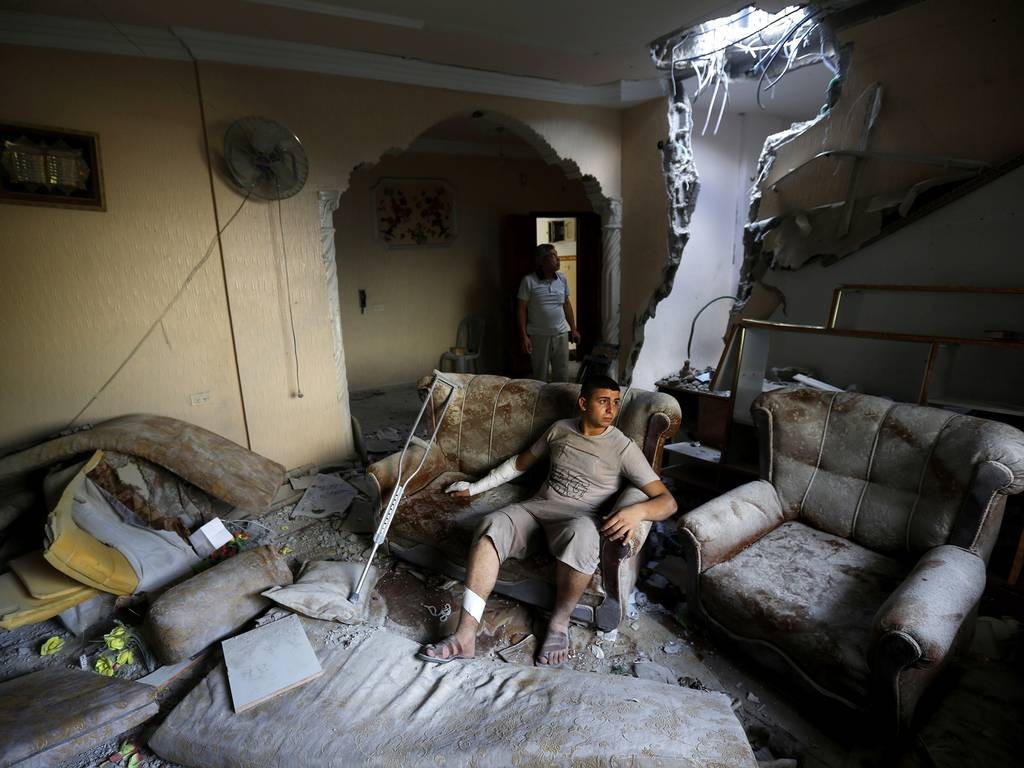 An injured Palestinian man from the Al-Elaa family sits inside his house after it was hit by an Israeli military strike in the Jabalia refugee camp, in the northern Gaza Strip. MOHAMMED ABED/AFP/Getty Images

This doctrine shaped the IDF’s mode of action in Gaza and influenced the rules of engagement Israeli soldiers received last summer during Operation Protective Edge, as indicated in over 60 soldiers’ testimonies collected by Breaking the Silence. One testifier described the rules of engagement as follows: “The instructions are to shoot right away. Whoever you spot – be they armed or unarmed, no matter what. The instructions are very clear. Any person you run into, that you see with your eyes – shoot to kill. It’s an explicit instruction.” Instructions of this kind were given to soldiers of all ranks.

A second doctrine that shaped the IDF’s approach during Protective Edge was the “Dahiya Doctrine”, adopted by the IDF since the Second Lebanon War in 2006. In an interview in 2008, the IDF’s current Chief of Staff, Gadi Eizenkot (then head of the army’s Northern Command), described the doctrine bluntly: “What happened in the Dahiya quarter in Beirut in 2006 will happen in every village from which they fire at Israel. We will apply a disproportionate amount of force and cause massive damage and destruction. As far as we are concerned, these are military bases.” Major General (res.) Dr. Gabriel Siboni argued: “When the next confrontation breaks out, the IDF will need to act quickly, resolutely, and with unprecedented force against the threat and actions of the enemy, in order to harm and punish, on levels that will require long and expensive rehabilitative processes.” 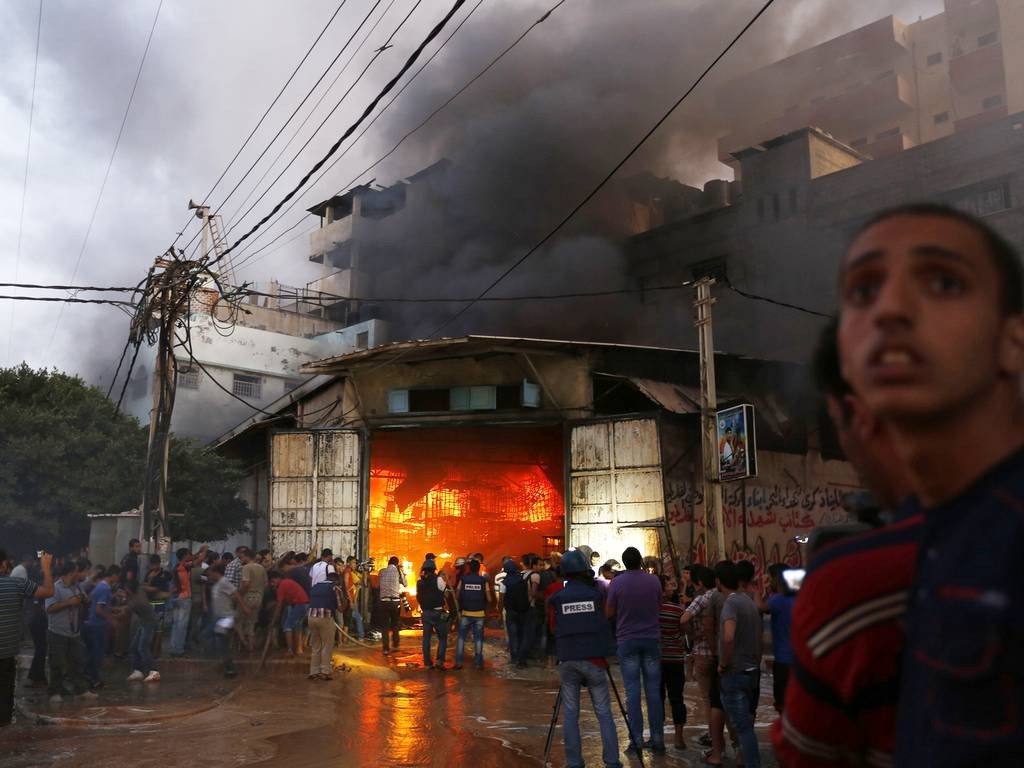 Residents of a neighborhood in Gaza City gather to put out a fire at a soap factory moments after it was hit by an Israeli airstrike. MOHAMMED ABED/AFP/Getty Images

In line with this rationale, IDF actions included destruction that had no correlation to the level of risk to the forces or to Israeli citizens. Such actions were designed to exact a heavy price and increase Israel’s deterrence against Gaza. For example, one soldier testified about a heavy bombardment after the forces began withdrawing from Gaza, when a ceasefire was about to take hold: “After we left, I heard a boom. I looked back and I saw an air bombardment, and they told us, ‘Yeah, there’s going to be a cease-fire, so we want to have “the final word” before we leave.’”

These doctrines shaped the IDF’s conduct during all stages of combat in Gaza. Principles like the “purity of arms” and the “value of human life,” which once stood at the basis of the IDF’s code of ethics, were abandoned.

The extremely permissive rules of engagement last summer point to a fundamental change in the norms that guide IDF combat, which peaked during Operation Protective Edge. According to senior IDF officials, it will continue to shape the IDF’s approach in future conflicts. 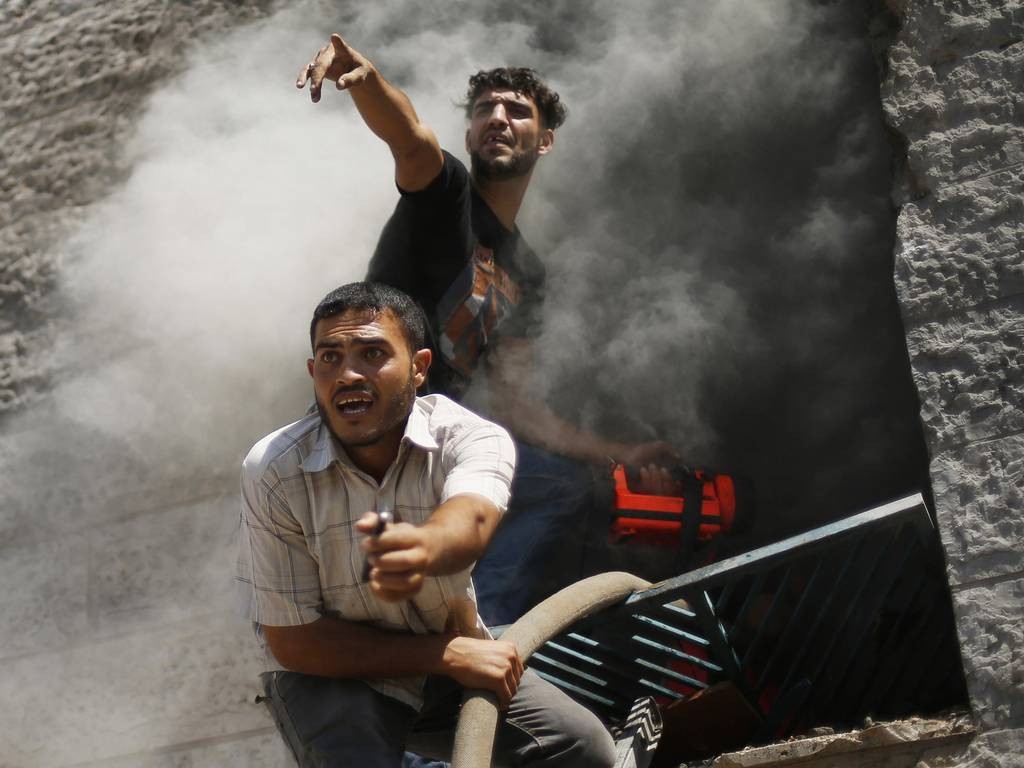 The IDF has declared the establishment of an investigative team charged with examining any deviations from IDF protocol during the operation. During my army service, I was exposed to the IDF’s investigative mechanisms. I am now a member of Breaking the Silence, an organization that has been observing the IDF’s policies in the occupied Palestinian territories for nearly 11 years. I know that these mechanisms are not capable of investigating the wider policy that guides the IDF’s actions. At best, only some junior soldiers will be held responsible for isolated incidents. 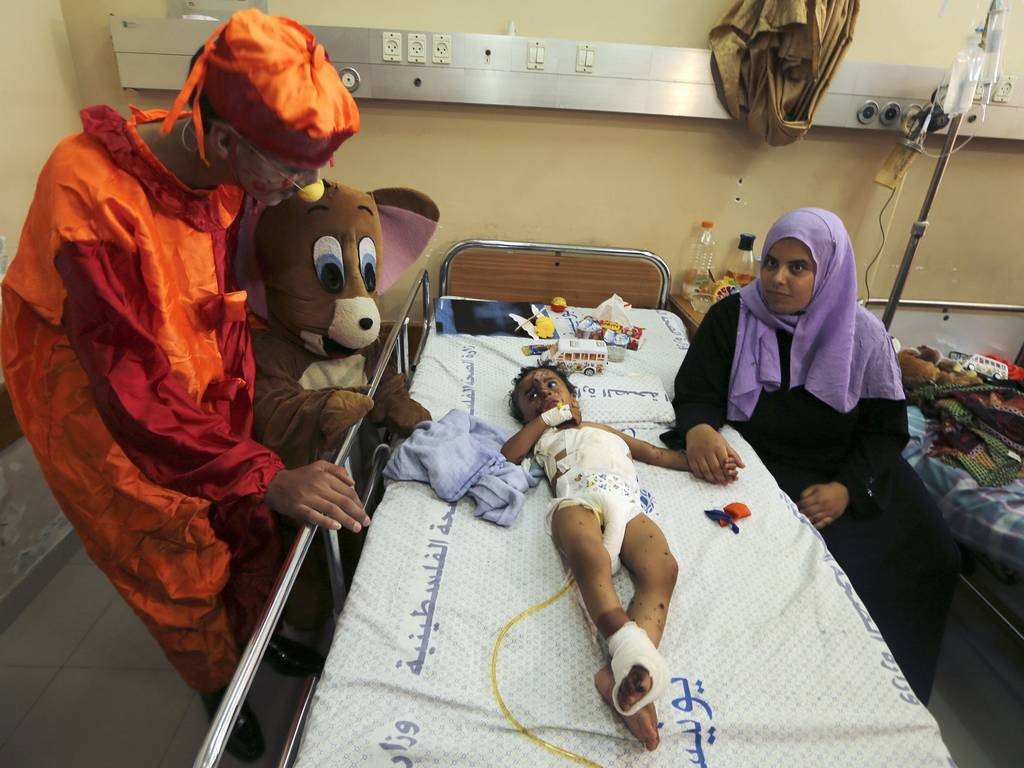 Therefore, we call for an extensive and thorough investigation of the events that took place in Gaza in the summer of 2014. This investigation must be conducted by an external and independent entity authorized to investigate the political and military leadership that developed and approved these policies – not just the soldiers who carried them out.

Ron Zaidel served as a sniper in the Nahal Brigade of the IDF and is currently a researcher at Breaking the Silence.

The testimonies of Israeli soldiers provided to group

Cameron says Israel was right to defend itself over Gaza attacks