Edward Snowden: NSA Reform in the US Is Only the Beginning

In an exclusive interview from Moscow, Snowden cautions that more needs to be done to curb NSA surveillance two years after his disclosures. 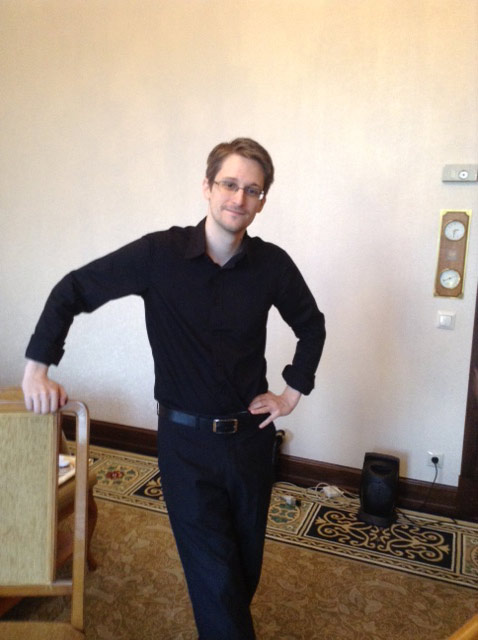 22 May 2015 – Edward Snowden has hailed landmark shifts in Congress and the US courts on NSA surveillance but cautioned that much more needs to be done to restore the balance in favour of privacy.

He also warned this was only the beginning of reform of the NSA, saying there are still many bulk collection programmes which are “even more intrusive”, but expressed hope that the Senate would act to curb the NSA, saying retention of the status quo is untenable.

In an hour-long interview with the Guardian in Moscow, the NSA whistleblower said the moves by the federal court and the House of Representatives marked the first time since the 1970s there had been a reduction rather than expansion in the powers of the surveillance agencies.

“In our modern era, that is without precedent,” he said.

“The idea that they can lock us out and there will be no change is no longer tenable. Everyone accepts these programmes were not effective, did not keep us safe and, even if they did, represent an unacceptable degradation of our rights.”

The interview came in the wake of a US federal appeals court ruling that the NSA programme of bulk collection of phone records revealed by Snowden is illegal.

The House of Representatives followed this by voting overwhelmingly to curb the programme and the the Senate is now deciding whether to go through with the generational reform.

“The recent activity in Congress is fairly extraordinary. We have for the first time since the 70s [seen] a narrowing of the privileges and authorities the intelligence communities enjoy rather than an expansion of them,” he said.

But he added it was important to remember that bulk collection of phone records represented only one of the surveillance programmes.

“This is only the bare beginning of reform. There are still many bulk collection programmes out there that affect other things – such as financial records, such as travel records – that are even more intrusive. What it says is that bad laws are not forever and if we work together, we can change them.”

Speaking ahead of a Senate vote on surveillance, which may come as early as Friday, he said it did not seem tenable to him that senators would vote to allow the NSA to retain its existing powers. He argued that the Senate had two choices.

“They can either lose their authority entirely or they can accept at least some reforms.”

Almost two years on from the first of his disclosures about surveillance, Snowden has defied critics in the intelligence agencies who predicted he would end up largely forgotten and miserable in exile in Russia. Instead, he has emerged as an icon for the privacy movement, able to communicate through the internet with campaigners in the US and elsewhere round the world.

He has also established a life for himself in Russia, along with his girlfriend Lindsay Mills. He seemed relatively relaxed and in good humour, though with no expectation that his exile in Russia will end any time soon.

Former deputy director of the CIA Michael Morell, in a newly published memoir, claimed the Snowden leaks had helped terrorists and contributed to the rise of Islamic State, and that Americans might die at the hands of terrorists because of Snowden. Snowden rejects the charge.

“He said I played a role in the rise of Isis but he did not provide any evidence for that.”

The whistleblower added that terrorists were not stupid and been aware long before his disclosures that their communications could be listened into.

He was concerned about what he saw as a trend in liberal advanced democracies such as the UK, France, Canada and Australia of a narrowing of rights in response to terrorism and described this as a tragedy. None of the mass surveillance programmes had been shown to have helped prevent any of the recent terrorist attacks.

He described comments made by the British prime minister, David Cameron, about proposed measures to clamp down on extremism as being “an extraordinary departure from the traditional operation of liberal societies”.

Two years on from outing himself as the whistleblower, how has his life changed? Different time zones means he works late into the night, in contact with supporters in the US and other countries. “I get a little bit less sleep. I have to get up a little bit earlier. But at the same time I feel very good about the sense of contribution that I feel, being able to help, being able to do something, being able to leave behind better things, being able to say you were a small part of something important is meaningful,” he said.

He appears uncomfortable with his status as an icon. While he was impressed with such things as the artists in New York who erected a statue of him in a Brooklyn park, he said: “It is also a little concerning because it should not be about me, it should not be about elevating any individual because it is about us. We should be thinking about how we enshrine our rights in a statue, not people.”

In the months after he fled Hong Kong, discussions opened between his lawyers in the US and the Justice Department on a deal that might see him return to America to face trial but that has since gone dead. Do the federal court decisions and the House vote make his return more likely? “As much as I would like to go home, that is not really for me to say. This is fundamentally a public decision, a governmental decision, not a private one. No one gets to dictate the terms of what they do and the price they have to pay for that. But I do think it is fair to say that no one can claim any longer that these programmes were legal, that there were no abuses, or the court would not have made the decision that they did, which is that things have to change.”

An option would be to make his way to western Europe but the likelihood is he would just be extradited to the US. “Well, I did apply for asylum in 21 countries around the world but unfortunately all of them either declined or did not respond, many of them in western Europe. “We do see moods changing. We do see governments appearing to reconsider their position. Unfortunately, it is quite a gap to bridge.”

He was visited recently by a delegation of parliamentarians from Sweden, who expressed interest not only in surveillance issues but concern over his own personal situation. Enough to offer him asylum? “I don’t think they make the decision,” he said.