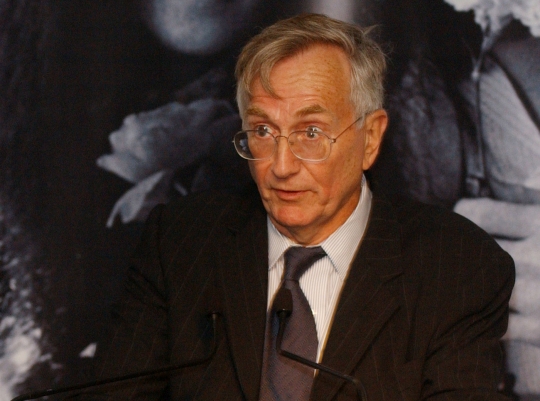 14 May 2015 – It’s hard for anyone to judge the accuracy of Seymour Hersh’s blockbuster story on the killing of Osama bin Laden, given its reliance on unnamed sources. I personally would trust him more than most people stuck in the oozing miasma that is Washington, D.C., but he does ask readers to rely completely on his judgment. So it’s certainly appropriate and useful for other journalists to provide context on whether Hersh’s previous reporting has proven correct.

What’s neither appropriate nor useful is to give former government officials the chance to attack Hersh’s story without giving readers the context of their track record of veracity. But that’s exactly what Politico did in this piece, “U.S. officials fuming over Hersh account of Osama bin Laden raid”:

“If you were to believe Sy, you would have to believe this massive conspiracy that President Obama, Robert Gates, Leon Panetta and Mike Morell were all lying to you,” said Bill Harlow, the [CIA]’s former top spokesman, referring to two recent secretaries of defense and a former acting CIA director. “It makes absolutely no sense.”

The next paragraph would have been the right place for Politico to say this:

In 2003, Harlow himself participated in a massive conspiracy to lie to you about Iraq’s purported WMD. Indeed, he personally engaged in some of most egregious government dishonesty on the issue when he blatantly lied about a Newsweek story published just before the war that strongly suggested Iraq had no remaining banned weapons. Since leaving the CIA, Harlow has co-written three books with former top CIA officials, all of which defend the agency’s use of torture, and Sen. Dianne Feinstein recently accused Harlow of making “false charges” about the Senate’s torture investigation.

That would have provided a real service: readers would have heard what Harlow had to say about a specific news article, but also learned that Harlow has a history of dishonesty when he wants to discredit accurate reporting. After all, “history matters,” as Harlow himself said in At the Center of the Storm, his book co-written with former CIA director George Tenet.

But Politico didn’t say that. What it did go on to say was that “In recent years … Hersh’s reporting has increasingly been called into question,” and that a 2013 piece by Hersh “was turned down by both The New York Times and The Washington Post.” In other words, it provided negative context for Hersh, but not Harlow. Then it quoted Harlow again, on how talking to Hersh is “a psychedelic experience.”

Bryan Bender, one of the authors of the Politico piece, responded to my questions, for which I give him credit. Bender writes:

I felt burned by it at the time [in 2003] as a reporter asking questions about the case for war against Saddam. But a spotty record on the WMD facts or not, Bill Harlow remains a conduit to agency officials — current and former. He helped former acting CIA director Mike Morell write his new book. Given the assertions in the Hersh piece we were interested in the Intelligence Community’s reaction. Which is why we talked to him. …

If the alternative is to never talk to officials in the spy community who have made misleading public statements but continue to be consulted by agency leaders then how would we ever catch them if they mislead the public again?

Bender also makes the fair point that spokespersons like Harlow “are usually the least informed in the spy world” and in 2003 was possibly just “regurgitating what others on the inside were telling [him].”

And in fact, that was Harlow’s position when I asked him about his false 2003 statements on Iraq. “[I] was misinformed on that one question,” Harlow said, “but to judge all of [my] other comments going forward based on that single media inquiry response would be just as unfair as to judge Seymour Hersh’s credibility as outlined in this Newsweek article from 1997 which details how Hersh was pushing a book and television project which involved at one point documents which turned out to be apparent forgeries.” (Hersh never published anything based on the forged documents.)

Asked who had provided him with the misinformation in 2003, Harlow responded: “I genuinely do not recall” and “I have no intention to engage in an exchange about that single answer to one of the thousands of questions I handled in that job more than a decade ago.” However, Harlow said, he is not misinformed about Hersh’s bin Laden story because “The information on the bin Laden case is based not only on Mr. Morell’s participation in nearly every meeting at the CIA and White House leading up to the raid — but also detailed accounts from others like Leon Panetta, Robert Gates, and many others.”

The website of 15 Seconds, Harlow’s communications consulting firm, states that it can give clients advice on “Methods of deflecting difficult questions designed to bait you.”