Roger Waters to Dionne Warwick: “You Are Showing Yourself to Be Profoundly Ignorant of What Has Happened in Palestine since 1947″

Dionne Warwick called me out by name in asserting she’d play Tel Aviv. Here’s what she misunderstands. 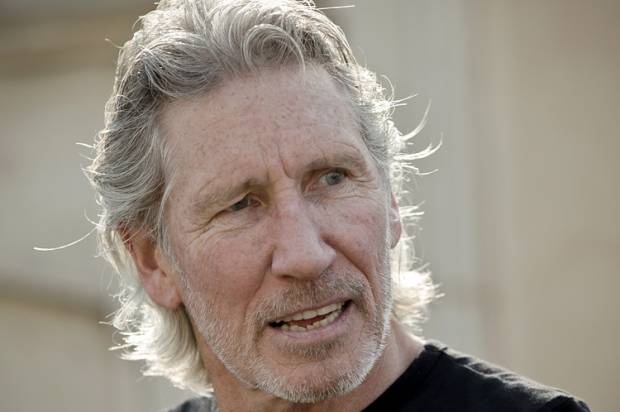 14 May 2015 – Singer and U.N. global ambassador Dionne Warwick recently released an interesting if puzzling statement asserting that she would, and I quote, “never fall victim to the hard pressures of Roger Waters, from Pink Floyd, or other political people who have their views on politics in Israel.”

“Waters’ political views are of no concern,” I assume she means to her, the statement read.  “Art,” she added, “has no boundaries.”

Until today, I have not publicly commented on Ms. Warwick’s Tel Aviv concert or reached out to her privately. But given her implicit invitation, I will comment now.

First, in my view, Dionne Warwick is a truly great singer.  Secondly, I doubt not that she is deeply committed to her family and her fans.

But, ultimately, this whole conversation is not about her, her gig in Tel Aviv, or even her conception of boundaries and art, though I will touch on that conception later.  This is about human rights and, more specifically, this is about the dystopia that can develop, as it has in Israel, when society lacks basic belief in equal human value, when it strays from the ability to feel empathy for our brothers and sisters of different faiths, nationalities, creeds or colors.

It strikes me as deeply disingenuous of Ms. Warwick to try to cast herself as a potential victim here. The victims are the occupied people of Palestine with no right to vote and the unequal Palestinian citizens of Israel, including Bedouin Israeli citizens of the village of al-Araqib, which has now been bulldozed 83 times by order of the Israeli government.

I believe you mean well, Ms. Warwick, but you are showing yourself to be profoundly ignorant of what has happened in Palestine since 1947, and I am sorry but you are wrong, art does know boundaries. In fact, it is an absolute responsibility of artists to stand up for human rights – social, political and religious – on behalf of all our brothers and sisters who are being oppressed, whoever and wherever they may be on the surface of this small planet.

Forgive me, Ms. Warwick, but I have done a little research, and know that you crossed the picket line to play Sun City at the height of the anti-apartheid movement.  In those days, Little Steven, Bruce Springsteen and 50 or so other musicians protested against the vicious, racist oppression of the indigenous peoples of South Africa. Those artists allowed their art to cross boundaries, but for the purpose of political action.  They released a record that struck a chord across the world. That record, “I Ain’t Gonna play Sun City,” showed the tremendous support of musicians all over the world for the anti-apartheid effort.

Those artists helped win that battle, and we, in the nonviolent Boycott, Divestment, and Sanctions (BDS) movement, will win this one against the similarly racist and colonialist policies of the Israeli government of occupation.  We will continue to press forward in favor of equal rights for all the peoples of the Holy Land.  Just as musicians weren’t going to play Sun City, increasingly we’re not going to play Tel Aviv.  There is no place today in this world for another racist, apartheid regime.

As I’m sure you know, Lauryn Hill canceled her gig in Tel Aviv last week. She did not explicitly cite Israeli oppression of Palestinians as her reason for canceling, but the subtext of her actions is clear and we thank her for her principled stand.

Dionne, I am of your generation.  I remember the road to Montgomery, I remember Selma, I remember the struggles against the Jim Crow laws here. Sadly, we are still fighting those battles, whether here in the USA in Ferguson or Baltimore, or in Gaza or the Negev, wherever the oppressed need us to raise our voices unafraid.  We need to stand shoulder to shoulder with them, our brothers and sisters, until true equality and justice are won.

Remember, “Operation Protective Edge,” the Israeli bombing of Gaza last summer, resulted in the deaths of over 2,000 Palestinians, most of them civilians, including more than 500 Palestinian children. It is hard for us over here to imagine what it is like to be exiled, disenfranchised, imprisoned, rendered homeless and then slaughtered, with no place to flee. Hopefully, in the end, love will triumph. But love will not triumph unless we stand up to such injustice and fight it tooth and nail, together.

Dionne, your words indicate that part of you is set on going through with your concert. I am appealing to another part of you, to implore that other part to join us.  We will welcome you. It is more than likely that you harbor reservations in your heart about what Israel is doing to the Palestinians, that when you see a mother’s child in ruins you wonder what if that child were mine? It is not too late to hear those reservations, to listen to that other voice, to value freedom and equality for all over the value you place on your concert in Tel Aviv.

When global pressure finally forces Israel to end its occupation, when the apartheid wall comes down, when justice is served to Palestinian refugees and all people there are free and equal, I will gladly join you in concert in the Holy Land, cross all the boundaries and share our music with all the people.

Roger Waters was the singer, songwriter and bassist for the British rock band Pink Floyd. He also has had an extensive solo career.