Will THIS Spill in California Change Anything? 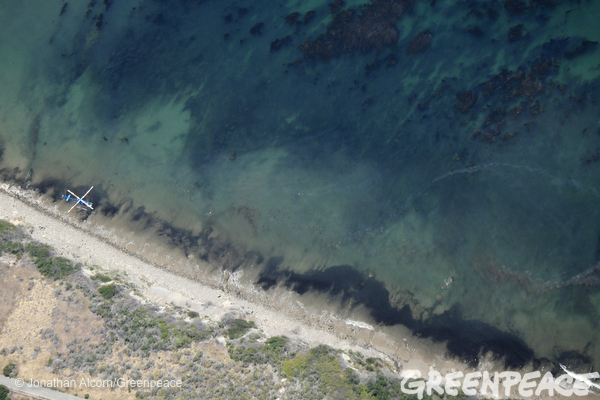 Oil from a broken pipeline coats miles of the Pacific Ocean and shoreline near Goleta, Calif., May 20, 2015, after a 24-inch underground pipeline broke May 19th and leaked into a culvert leading to the ocean. Houston-based Plains All American Pipeline said an thousands of gallons of oil were released before the pipeline was shut down. Photos by Jonathan Alcorn/Greenpeace.

20 May 2015 – Yesterday afternoon, news spread of the latest oil-related tragedy to occur in the United States—an oil pipeline ruptured in Santa Barbara County in Central California, along the Refugio State Beach coastline. Though the pipeline was on land, it was found to be leaking into a culvert that eventually emptied into the ocean. By the time the pipeline was shut off, oil had been spilling into the sea for at least three hours. 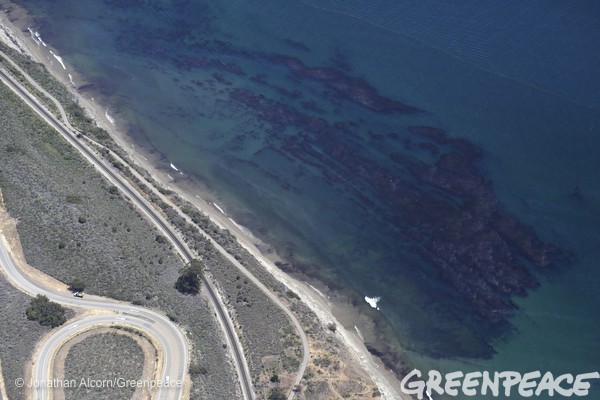 As of yesterday evening, officials claimed that an estimated 21,000 gallons had spilled into the ocean in an oil slick that was four miles wide. Unfortunately, as of this morning, the slick had spread to at least nine miles wide, as the winds and tides did what they do. And now, a new estimate says that up to 105,000 gallons of oil might have been spilled.

Refugio State Beach has been closed indefinitely. The area is a sensitive and important place for all kinds of species, including migratory whales and rare seabirds—and wildlife has already been affected. Though there is no estimate of how much wildlife has been impacted so far, things don’t look good. 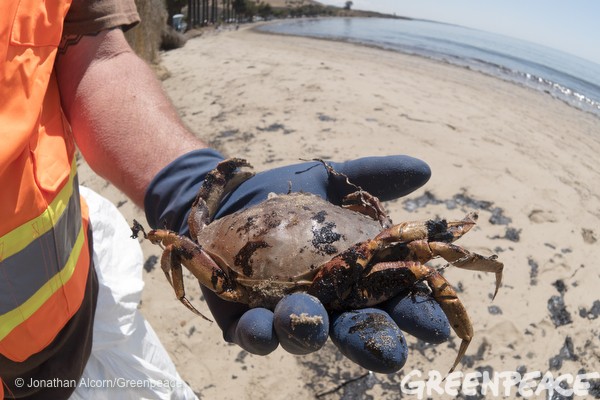 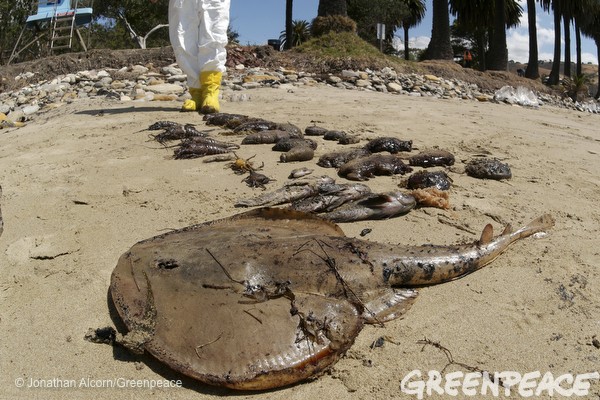 The cleanup is painstaking work. There are several dozen workers outfitted in protective suits and helmets on the beach, shoveling up contaminated mud and rocks into plastic bags. It is made more arduous by having to take place both on shore and on the water, since the oil originated on land. 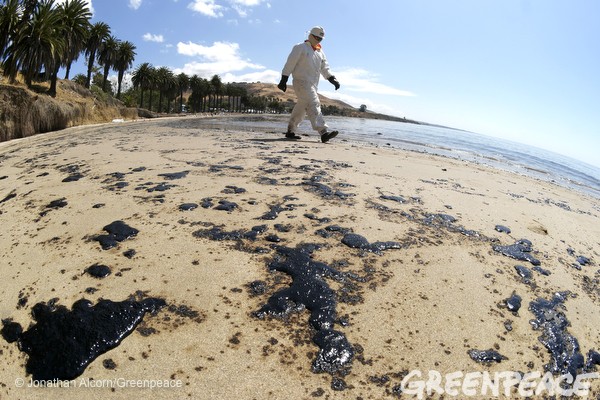 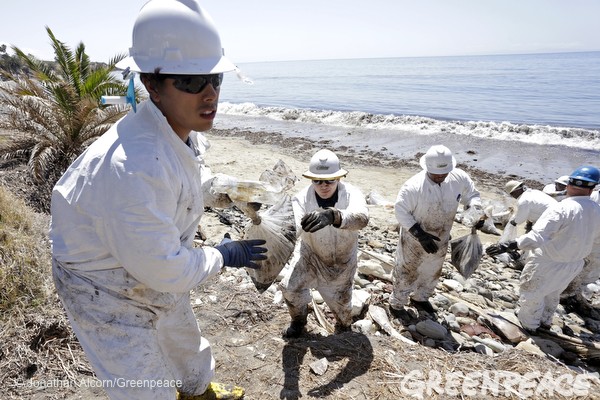 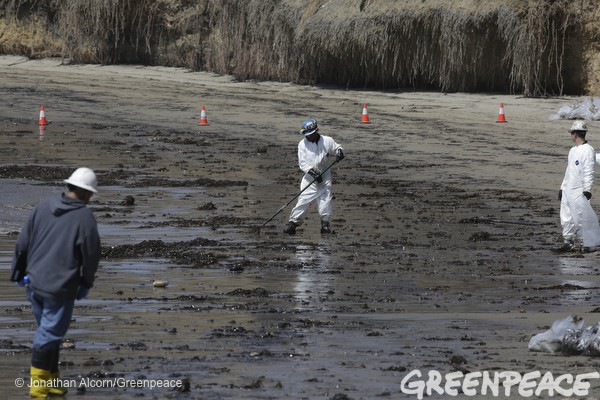 Greenpeace visited the site to survey the true damage, to share with the world the devastation to the Santa Barbara County coastline, and to communicate the dangers of fossil fuels so that we can transition to clean energy and prevent this from happening again. 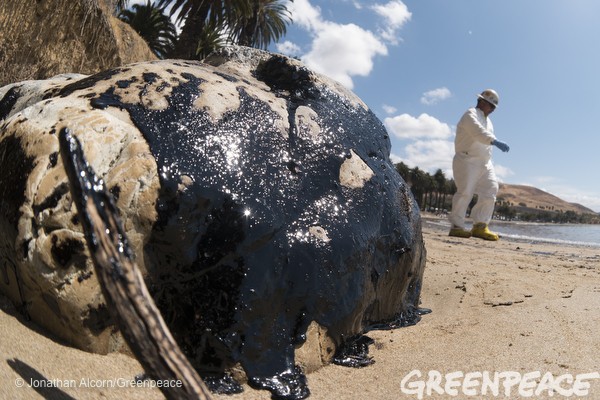 Plains All American Pipeline, the company that owns the ruptured pipeline, has a history of spills. The company has apologized, with the district manager saying, “We’re sorry this accident has happened, and we’re sorry for the inconvenience to the community.”

This spill has not occurred in a vacuum. We can now add it to the sad history of oil-related spills and accidents that have happened the world over in the past years—including one that happened very near to this area in 1969, which spilled 3 million gallons of oil into the ocean.

As Annie Leonard, our Executive Director, has said, “Oil spills are never accidents. They are the direct result of substandard oversight of fossil fuel companies who put their profits above human and environmental impacts.” Each time a spill, oil train explosion, or some other disaster occurs, we look to our leaders to take responsibility to make change. So far they’ve demonstrated that they don’t have the courage to stand up to Big Oil.

We all hope that this oil spill will quickly be contained and cleaned up. But are we willing to keep taking chances for future accidents to occur? I can’t help but think of the Bureau of Ocean Energy Management’s research that shows that there’s a 75% chance of an oil spill occurring in the Arctic if drilling takes place there. Even with that scary fact, the Obama administration has decided to give Shell the conditional go-ahead to drill. Let’s demand better from our President and other leaders before it’s too late.

Currently, several local resources are participating in relief efforts. You can visit these sites to find out more:

Preeti Desai is the Social Media Manager at Greenpeace USA.