Exclusive: Watchdogs shocked at ‘disconnect’ between doctors who oversaw interrogation and guidelines that gave CIA director power over medical ethics. 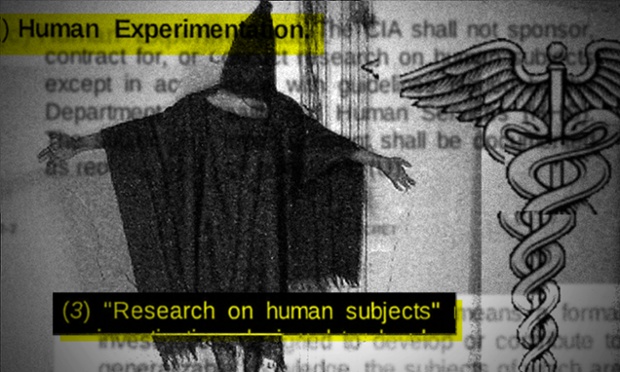 CIA director George Tenet approved waterboarding and ordered medical staff to be present. Experts say the agency and its doctors violated its own limits on ‘human subject research’. Photograph: Guardian

15 Jun 2015 – The Central Intelligence Agency had explicit guidelines for “human experimentation” – before, during and after its post-9/11 torture of terrorism detainees – that raise new questions about the limits on the agency’s in-house and contracted medical research.

Sections of a previously classified CIA document, made public by the Guardian on Monday, empower the agency’s director to “approve, modify, or disapprove all proposals pertaining to human subject research”. The leeway provides the director, who has never in the agency’s history been a medical doctor, with significant influence over limitations the US government sets to preserve safe, humane and ethical procedures on people.

CIA director George Tenet approved abusive interrogation techniques, including waterboarding, designed by CIA contractor psychologists. He further instructed the agency’s health personnel to oversee the brutal interrogations – the beginning of years of controversy, still ongoing, about US torture as a violation of medical ethics.

But the revelation of the guidelines has prompted critics of CIA torture to question how the agency could have ever implemented what it calls “enhanced interrogation techniques” – despite apparently having rules against “research on human subjects” without their informed consent.

Indeed, despite the lurid name, doctors, human-rights workers and intelligence experts consulted by the Guardian said the agency’s human-experimentation rules were consistent with responsible medical practices. The CIA, however, redacted one of the four subsections on human experimentation.

“The more words you have, the more you can twist them, but it’s not a bad definition,” said Scott Allen, an internist and medical adviser to Physicians for Human Rights.

The agency confirmed to the Guardian that the document was still in effect during the lifespan of the controversial rendition, detention and interrogation program.

After reviewing the document, one watchdog said the timeline suggested the CIA manipulated basic definitions of human experimentation to ensure the torture program proceeded.

“Crime one was torture. The second crime was research without consent in order to say it wasn’t torture,” said Nathaniel Raymond, a former war-crimes investigator with Physicians for Human Rights and now a researcher with Harvard University’s Humanitarian Initiative.

Informed consent, the director and his ‘human subject research’ panel 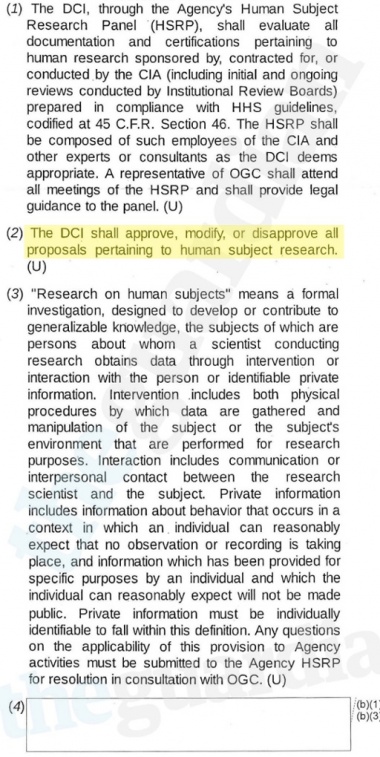 The CIA director’s powers over ‘human subject research’ have not been previously disclosed. Photograph: Guardian / via ACLU

The document containing the guidelines, dated 1987 but updated over the years and still in effect at the CIA, was obtained under the Freedom of Information Act by the ACLU and shared with the Guardian, which is publishing it for the first time.

The relevant section of the CIA document, “Law and Policy Governing the Conduct of Intelligence Agencies”, instructs that the agency “shall not sponsor, contract for, or conduct research on human subjects” outside of instructions on responsible and humane medical practices set for the entire US government by its Department of Health and Human Services.

A keystone of those instructions, the document notes, is the “subject’s informed consent”.

That language echoes the public, if obscure, language of Executive Order 12333 – the seminal, Reagan-era document spelling out the powers and limitations of the intelligence agencies, including rules governing surveillance by the National Security Agency. But the discretion given to the CIA director to “approve, modify, or disapprove all proposals pertaining to human subject research” has not previously been public.

The entire 41-page CIA document exists to instruct the agency on what Executive Order 12333 permits and prohibits, after legislative action in the 1970s curbed intelligence powers in response to perceived abuses – including the CIA’s old practice of experimenting on human beings through programs like the infamous MK-Ultra project, which, among other things, dosed unwitting participants with LSD as an experiment.

The previously unknown section of the guidelines empower the CIA director and an advisory board on “human subject research” to “evaluate all documentation and certifications pertaining to human research sponsored by, contracted for, or conducted by the CIA”. 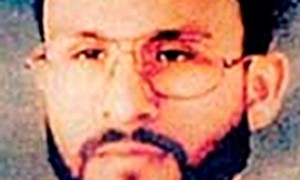 Experts assessing the document for the Guardian said the human-experimentation guidelines were critical to understanding the CIA’s baseline view of the limits of its medical research – limits they said the agency and its medical personnel violated during its interrogations, detentions and renditions program after 9/11.

The presence of medical personnel during brutal interrogations of men like Abu Zubaydah, they said, was difficult to reconcile with both the CIA’s internal requirement of “informed consent” on human experimentation subjects and responsible medical practices.

When Zubaydah, the first detainee known to be waterboarded in CIA custody, “became completely unresponsive, with bubbles rising through his open, full mouth”, he was revived by CIA medical personnel – known as the Office of Medical Services (OMS) – according to a CIA account in the Senate intelligence committee’s landmark torture report.

The OMS doctors were heavily involved in the torture of detainees in CIA custody. They advised interrogators on the physical and psychological administration of what the agency called “enhanced interrogation techniques”. After observation, the doctors offered perspectives on calibrating them to specific detainees’ resilience.

The CIA, which does not formally concede that it tortured people, insists that the presence of medical personnel ensured its torture techniques were conducted according to medical rigor. Several instances in the Senate torture report, partially declassified six months ago, record unease among OMS staff with their role in interrogations.

But other physicians and human rights experts who have long criticized the role of medical staff in torture said the extensive notes from CIA doctors on the interrogations – as they unfolded – brought OMS into the realm of human experimentation, particularly as they helped blur the lines between providing medical aid to detainees and keeping them capable of enduring further abusive interrogations.

Doctors take oaths to guarantee they inflict no harm on their patients.

Zubaydah “seems very resistant to the water board”, an OMS official emailed in August 2002. “No useful information so far … He did vomit a couple of times during the water board with some beans and rice. It’s been 10 hours since he ate so this is surprising and disturbing. We plan to only feed Ensure for a while now. I’m head[ing] back for another water board session.”

Steven Aftergood, a scholar of the intelligence agencies with the Federation of American Scientists, suggested that the agency might need to study polygraph effects on its agents; evaluate their performance under conditions of stress; or study physiological indicators of deception.

But all said that such examples of human experimentation would require something that the CIA never had during the interrogation program: the informed consent of its subjects.

“There is a disconnect between the requirement of this regulation and the conduct of the interrogation program,” said Aftergood. “They do not represent consistent policy.”

A director’s decision, oversight and an evolving rulebook 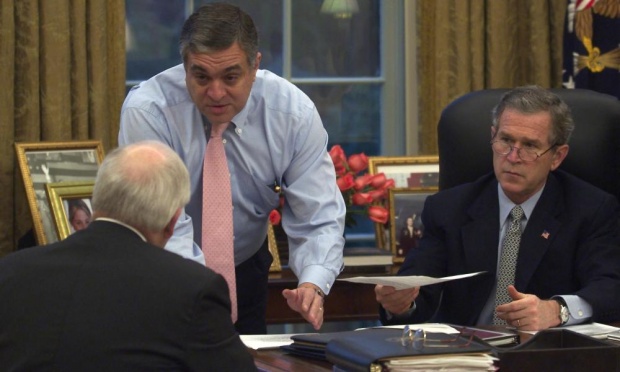 George Tenet at the White House in 2003, after his historic approval of so-called ‘enhanced interrogation techniques’. Photograph: Eric Draper/EPA

In response to the Guardian’s questions about the newly disclosed document and its implications for the CIA’s post-9/11 torture program, CIA spokesperson Ryan Trapani provided the following statement:

“CIA has had internal guidelines interpreting Executive Order 1233 in place continuously from 1987 to present. While some provisions in these guidelines have been amended since September 11, 2001, none of those amendments changed provisions governing human experimentation or were made in response to the detention and interrogation program.”

Ironically, the only part of the CIA’s torture program in which agency officials claimed they were hamstrung by prohibitions on human experimentation is when they were asked by John Helgerson, their internal inspector general, if torture was effective.

Their response was framed as an example of the agency respecting its own prohibition on human experimentation. In more recent days, the CIA has used it as a cudgel against the Senate report’s extensive conclusions that the torture was ultimately worthless.

“[S]ystematic study over time of the effectiveness of the techniques would have been encumbered by a number of factors,” reads a CIA response given to Helgerson in June 2003, a point the agency reiterated in its formal response to the Senate intelligence committee. Among them: “Federal policy on the protection of human subjects.”

Harvard’s Raymond, using the agency’s acronym for its “enhanced interrogation technique” euphemism, said the CIA must have known its guidelines on human experimentation ruled out its psychologist-designed brutal interrogations.

“If they were abiding by this policy when EIT came up, they wouldn’t have been allowed to do it,” Raymond said. “Anyone in good faith would have known that was human subject research.”

‘Human Experimentation’ and the CIA: Read the Previously Classified Document
15 Jun 2015 – This document, updated over the years and still in effect at the Central Intelligence Agency, was obtained under the Freedom of Information Act by the ACLU and shared with the Guardian, which is publishing it for the first time. The guidelines for ‘human experimentation’ – beginning on page 18 – were still in effect during the lifespan of the agency’s controversial interrogation program

Spencer Ackerman is national security editor for Guardian US. A former senior writer for Wired, he won the 2012 National Magazine Award for Digital Reporting.