Democracy on the Retreat in Over 96 of the 193 U.N. Member States, Says New Study 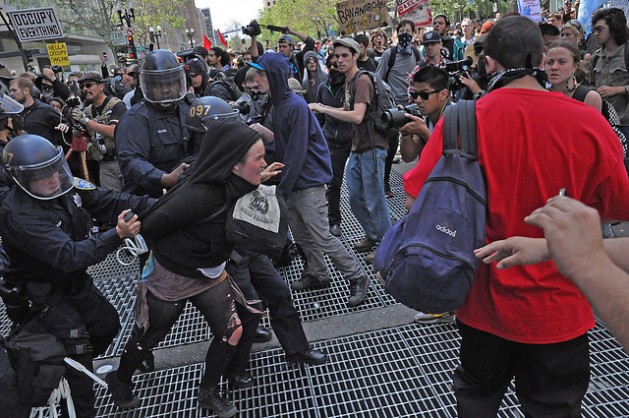 22 Jun 2015 – Democracy is on the retreat and authoritarianism is on the rise in more than 96 of the U.N.’s 193 member states, according to a new report released by the UN.

The two regions of “highest concern” for defenders of civic space are Sub-Saharan Africa and the Middle East and North Africa, which between them account for over half of the countries counted.

These violations are increasing not only in countries perceived to be democratic but also in countries with blatantly repressive regimes.

“We have known for some time that encroachments on civic space and persecution of peaceful activists were on the rise but it’s more pervasive than many may think,” said Dr. Dhananjayan Sriskandarajah, Secretary-General of CIVICUS, a South Africa-based international alliance dedicated to strengthening citizen action and civil society worldwide.

“Our monitoring in 2014 shows that legitimate civil society activities are worryingly under threat in a huge number of countries in the global North and South, democratic and authoritarian, on all continents,” he added.

The report says while activists engaged in political reform, uncovering corruption and human rights violations continue to be targeted, those defending local communities from land grabs and environmental degradation, as well as those promoting minority group rights, have been subjected to various forms of persecution.

“The link between unethical business practices and closing civic space is becoming clearer as global inequality and capture of power and resources by a handful of political and economic elite rises. “

Advocacy for equitable sharing of natural resources and workers’ rights is becoming increasingly fraught with danger, says the report.

The examples cited range from the killings of environmental activists in Brazil to the intimidation of organisations challenging the economic discourse in India, to arbitrary detention of activists opposing oil exploration in the Democratic Republic of Congo (DRC). 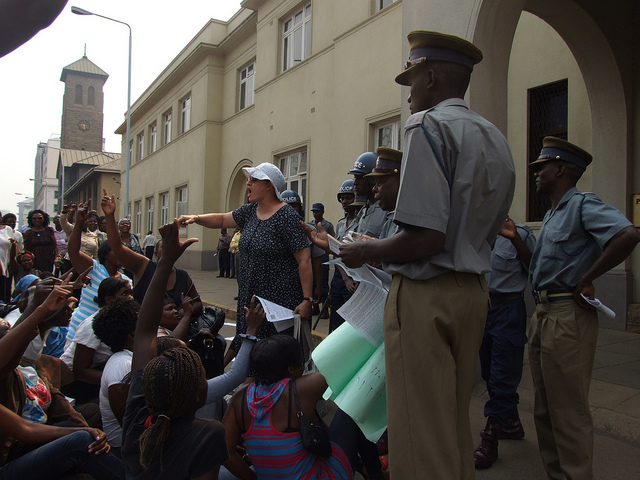 Jenni Williams (in white cap) addresses Women of Zimbabwe Arise members at Zimbabwe’s parliament building in Harare with the police looking on. Zimbabwe is one of the African countries where repression of civic freedoms appears to have intensified. Credit: Misheck Rusere/IPS

Asked to identify some of the worst offenders, Mandeep Tiwana, Head of Policy and Research at CIVICUS, told IPS : “We don’t provide a ranking of the countries’ violations, but we are able to categorise limitations on civil society activities into completely closed countries and active violators of civic freedoms.”

He said “closed countries” are where virtually no civic activity can take place due to an extremely repressive environment. These include Eritrea, North Korea, Syria, Turkmenistan and Uzbekistan.

There is a second list of countries that are active violators of civil society rights – meaning they imprison, intimidate and attack civil society members and put in place all kinds of regulations to limit the activities of civil society organisations (CSOs), particularly those working to uncover corruption and human rights violations, Tiwana said.

The report also points out some of the tactics deployed to close civic space include passing restrictive laws and targeting individual civil society organisations (CSOs) by raiding their offices, freezing their bank accounts or deregistering them.

A number of democracies are also engaging in illicit surveillance of civil society activists, further weakening respect for human rights.

Stigmatisation and demonisation of civil society activists by powerful political figures and right-wing elements remains an area of concern.

“When citizens’ most basic democratic rights are being violated in more than half the world’s countries, alarm bells must start ringing for the international community and leaders everywhere,” said Sriskandarajah.

Tiwana told IPS governments in Bahrain, Egypt, Jordan, Oman, Saudi Arabia and the United Arab Emirates have stepped up their efforts to prevent public demonstrations and the activities of human rights groups.

“There appears to be no let-up in official censorship and repression of active citizens in authoritarian states like China, Cuba, Iran, North Korea, and Vietnam.”

In sub-Saharan Africa, he said, the repression of civic freedoms appears to have intensified in countries such as Angola, Burundi, Ethiopia, Gambia, Rwanda, Sudan, Swaziland and Zimbabwe.

And activists and civil society groups in many countries in Central Asia and Eastern Europe — where democracy remains fragile or non-existent such as Azerbaijan, Belarus, Hungary, Kyrgyzstan, Russia, Turkey, Uzbekistan and Turkmenistan — are also feeling the heat following governments’ reactions to scuttle demands for political reform.

In South-East Asia, Tiwana pointed out, countries such as Cambodia and Malaysia have a history of repressive governance and in Thailand, where the military seized power through a recent coup, new ‘security’ measures continue to be implemented to restrict civic freedoms.

Asked what role the United Nations can play in naming and shaming these countries, Tiwana said the U.N. Human Rights Council has emerged as a key international forum for the protection of civic freedoms particularly through the Universal Periodic Review process where each country gets its human rights record reviewed every four years.

The Office of the U.N. High Commissioner for Human Rights (OHCHR) is currently collating best practices to create a safe and enabling environment for civil society.

The U.N. High Commissioner for Human Rights Zeid Raad Al-Hussein has been an active supporter of civil society’s ability to operate freely, as was his predecessor, Navi Pillay, who was ardent advocate of civic freedoms, Tiwana said.