27 Jun 2015 – Freedom Flotilla III has set sail from Greece for the Gaza Strip in a bid to break Israel’s long-time blockade of the Palestinian territory. 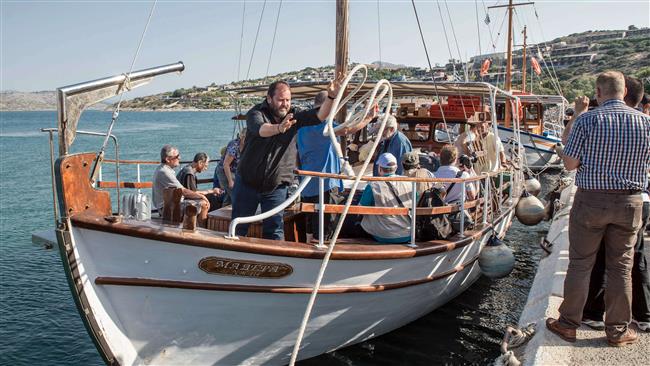 Pro-Palestinian activists set sail for Gaza from Greece’s Crete Island, as part of a flotilla of vessels in a bid to break the Israeli blockade of the Palestinian territory, June 26, 2015. (AFP photo)

It consists of three vessels carrying around 70 people from 20 countries who were invited by the people of Gaza though contacting international aid organizations for help.

One of the ships had been damaged in Greece by saboteurs on Thursday.

The Freedom Flotilla Coalition, an international movement that organizes aid flotilla programs for Gaza, said in an official statement Saturday that the convoy of ships carrying pro-Palestinian activists is expected to arrive in Gaza within the next couple of days.

If weather conditions are suitable and Israeli authorities do not create hindrances, it is estimated that the flotilla would arrive in Gaza in two to four days, the statement read. 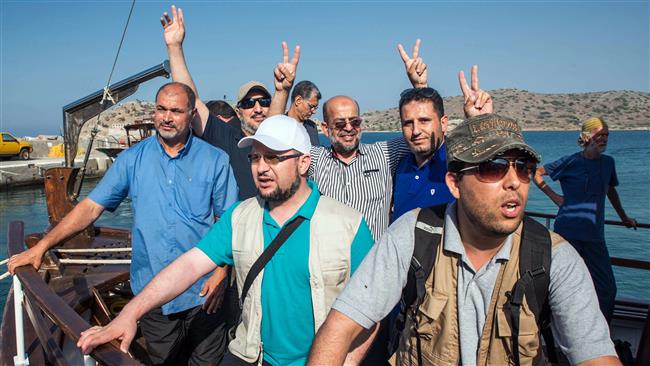 This photo, taken on June 26, 2015 in Greece’s Crete Island, shows pro-Palestinian activists departing for Gaza from the port of Elounda. (AFP photo)

In May 2010, the journey of the first Freedom Flotilla headed for Gaza ended in tragedy after Israeli forces killed eight Turkish nationals and an American of Turkish origin in an attack on the Turkish aid ship Mavi Marmara. A tenth victim of Turkish nationality died in hospital in 2014, after four years in a coma.

Ankara severed its relations with Tel Aviv after the attack on Mavi Marmara, which was carried out in international waters. Tel Aviv, however, restored relations with Ankara in March 2013 after Israeli Prime Minister Benjamin Netanyahu apologized to Turkey for the deaths of the 10 activists.

On November 4, 2011, the Gaza-bound ‘Waves of Freedom’ relief aid flotilla was intercepted by Israeli commandos, and the 27 pro-Palestinian activists on board the ship were arrested by the Israeli regime forces. 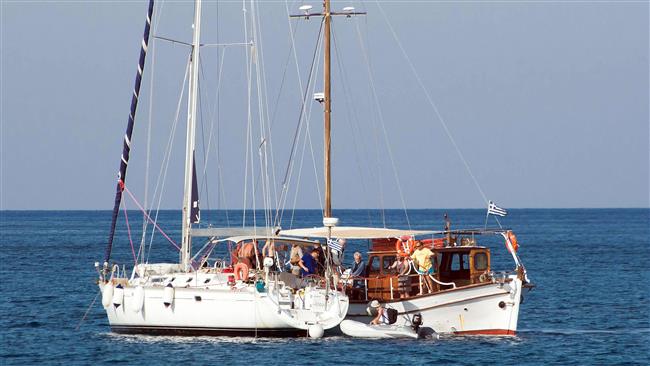 Freedom Flotilla III leaves Greece on June 26, 2015 in a bid to break the Israeli blockade of the Gaza Strip. (AFP photo)

The Gaza Strip is home to 1.8 million Palestinian men, women and children. It has been described as the largest open-air prison in the world.

Israel imposed a blockade on Gaza in 2006 after the Palestinian Hamas movement took over the administration of the territory.