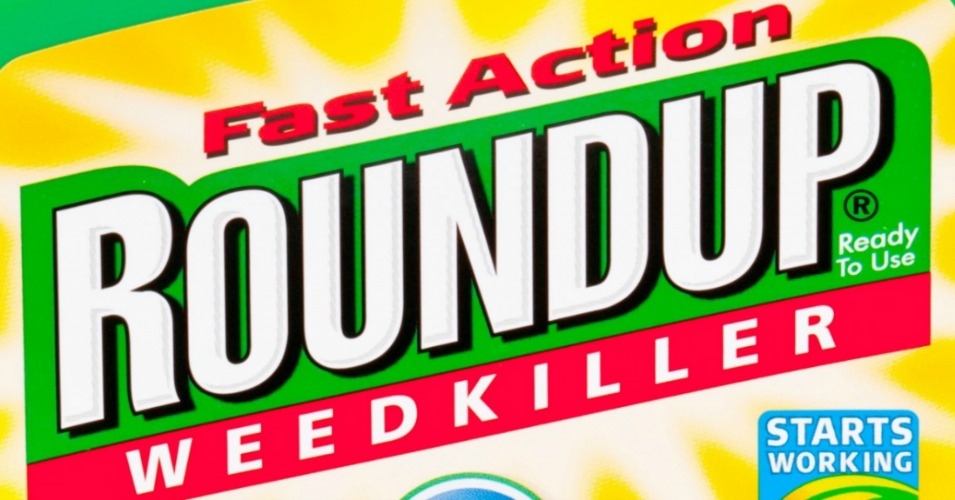 [Note from Zuesse: Glypohosate or “Roundup” sells well especially because it kills weeds while not killing Monsanto’s GMO crops, which are genetically modified so as to survive the application of this weedkiller. The U.S. Government allows GMO foods to sell though there is no scientific evidence that they are safe. So: not only is Roundup toxic, but all independent scientific studies also find GMO foods to be harmful to health. Furthermore, part of glyphosate’s profitability is its enabling Monsanto’s patented crop-seeds to dominate U.S. agriculture. In the future, that is even more important to Monsanto than are the current profits from the weedkiller. The Obama USDA is staffed with former Monsanto executives, who are revolving-door with Big Ag, so that their ‘public service’ will make them rich. For examples: Obama made Tom Vilsack the Secretary of Agriculture, and Vilsack was a huge cheerleader for Monsanto Corporation. Then, on 24 September 2009, Tom Philpott at grist.org headlined “Another Monsanto Man In a Key USDA Post?” and he reported that, not only had “Obama plucked Islam ‘Isi’ Siddiqui from the nation’s most powerful agrichemical lobby group and made him our chief negotiator on ag issues in global trade talks,” but now, Obama was also appointing Roger Beachy to head agricultural reasearch at the Agriculture Department. Beachy had formerly headed one of Monsanto’s research labs. Two years after becoming USDA’s research director, Beachy quit to work for the Bill and Melinda Gates Foundation and others that promote GMOs. Obama’s U.S. Trade Representative who is negotiating TPP, TTIP, and TISA is also, like Siddiqui, trying to force other nations to accept GMO foods.The U.S. is still the only major country that promotes GMOs. Obama’s ‘trade’ deals are essential to expanding that.]

The registration of glyphosate is currently being re-examined by the EU, because the current authorization of the active ingredient ends in December 2015.

After the WHO report in March had glyphosate classified as “probably carcinogenic,” the herbicide is disappearing from some stores.

However, the Federal Institute for Risk Assessment did not previously share the concerns of the WHO and the International Agency for Research on Cancer.

Slowly some companies are rethinking the glyphosate issue.

As the nature conservation association NABU reported, the company plant Kölle, Knauber, Garden Centre Holland, garden centers Augsburg and Globus Baumarkt have declared in writing that in the future they’ll refrain from selling glyphosate products. In the Toom DIY stores in Germany glyphosate has already been taken off the shelves. At last report, Swiss supermarkets like Migros have discontinued glyphosate.

The company Knauber for example stated:

“Knauber has opted for the complete discontinuation of glyphosate herbicides. Thus Knauber responds to the reclassification of the herbicide’s active ingredient by the International Agency for Research on Cancer (IARC) as “probably carcinogenic.” With immediate effect Knauber takes the precaution to remove all glyphosate weedkillers completely from sale. Knauber has been known in its mission statement to act responsibly towards people and the environment. Stopping the sale of glyphosate on the basis of reclassification is therefore a logical step.”

“Glyphosate is the herbicide most widely used in Germany, of which still 51 different applications for the home and garden area are permitted,” said NABU. “We hope that finally the other DIY stores like Bauhaus, Hornbach or Obi fulfill their responsibilities and remove glyphosate as quickly as possible from the shelves,” said national director Leif Miller.

Just recently, the consumer protection Ministerial Conference of the countries asked the federal government to ban the delivery of glyphosate to individuals for home gardening. NABU calls for a suspension of the authorization for glyphosate and an extensive risk assessment of the active substance.

At the beginning of May the Consumer Protection Ministerial Conference asked the federal government to “prohibit the supply of glyphosate herbicides to individuals for precautionary reasons,” it said in a statement. In addition, there should be a temporary ban on the use of it in open spaces, which are not used for agriculture or forestry, until a final re-evaluation.

On Monday [8 Jun 2015], the Institute added its statement about glyphosate:

For this reason, glyphosate has not been classified in Germany as carcinogenic.

Investigative historian Eric Zuesse is the author, most recently, of  They’re Not Even Close: The Democratic vs. Republican Economic Records, 1910-2010, and of Christ’s Ventriloquists: The Event that Created Christianity, and of Feudalism, Fascism, Libertarianism and Economics.

Translated [and with added comments] by Eric Zuesse.