Israel has blocked a visit to the Palestinian territories by a UN rights envoy, an official said Monday [15 Jun 2015], just ahead of the publication of a United Nations report on last year’s Gaza war.

It was the second time Makarim Wibisono, the UN’s special rapporteur on human rights in the occupied Palestinian territories, had been barred entry.

“Israel cooperates with all the international commissions and all (UN) rapporteurs, except when the mandate handed to them is anti-Israeli and Israel has no chance to make itself heard.”

The UN Human Rights Council, to which Wibisono reports, has been conducting an investigation into the actions of both Israel and Palestinian militants during last year’s conflict.

Its report is expected to be published in the coming days, and the council is scheduled to debate it on June 29. 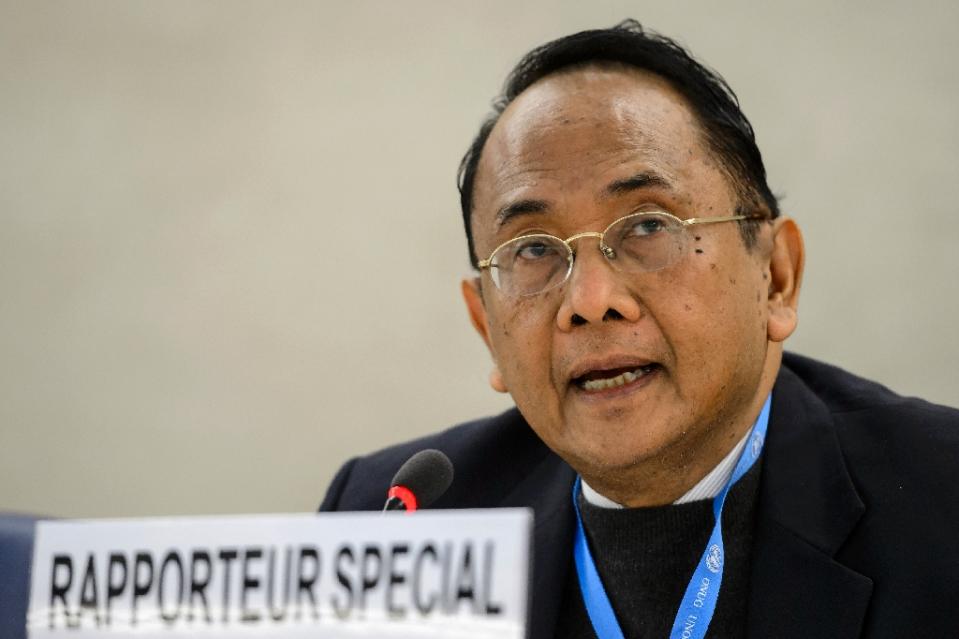 It was the second time Makarim Wibisono, the UN’s special rapporteur on human rights in the occupied Palestinian territories, had been barred entry by Israel (AFP Photo/Fabrice Coffrini)

The UN’s human rights chief, speaking at the opening of the council’s 29th session in Geneva on Monday, confirmed the publication was imminent.

“It is my hope the report will pave the way for justice to be done to all civilians who fell victim to the fighting last year, by holding to account those alleged to have committed grave and other serious violations of international humanitarian law,” High Commissioner for Human Rights Zeid Ra’ad Al Hussein said.

The war killed 2,200 Palestinians, mostly civilians, and 73 on the Israeli side, mostly soldiers.

While Wibisono reports to the council, his visit was for a separate, annual assessment in the occupied Palestinian territories, including the West Bank and east Jerusalem.

Israel barred him from entering last year for a similar visit.

In a report released Sunday, Israel defended its conduct in the July-August Gaza war against Islamist movement Hamas, calling it both “lawful” and “legitimate”.

The UN has said Israel was responsible for the deadly bombing of several UN institutions, including schools, in which displaced Palestinian civilians were sheltering.

Israel says that militants’ use of schools to store weapons, and the firing of rockets from the vicinity of the sites, forced it to target those areas.

The Jewish state has long had a stormy relationship with the UNHRC, which it sees as anti-Israeli, and fiercely opposed the Gaza probe from the start.