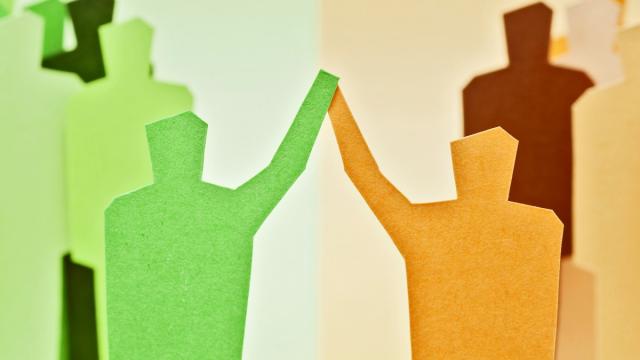 23 Jun 2015 – Many now agree that corporate capitalism needs to go away. But we differ about the methods of replacing it. Over the past few years, entrepreneurs have risen in defense of the commons, and suggested new means of economic exchange based on more fluid conceptions of distribution. These advocates call their vision the “sharing economy.” This vision is primarily centered on the distribution and re-use of our excess – both our extra stuff and our extra labor power.

But critics say this solution doesn’t go far enough. Writing last year for Jacobin, Tom Slee accused advocates of the “sharing economy” of blindness to the displacing and insecuritizing effects of their sales pitch. By invoking lefty-earthy symbols of “decentralization, sustainability, community-level connectedness, and opposition to hierarchical and rigid regulatory regimes,” proponents of the sharing economy appeal to “anti-consumerist sentiments” but do nothing to actually change material relations.

In fact, Slee argued, they do worse than nothing, because they encourage an economy of displaced and temporary workers who can no longer take advantage of even the minimal protections gained through regulations and organizing. Sharing is good, but sharing doesn’t fundamentally alter material relations.

Innosanto Nagara, a graphic designer and co-founder of Design Action Collective in Oakland, and a longtime participant in worker-owned cooperatives, revealed these stark differences. In a recent interview, Nagara didn’t pull any punches. “What is being referred to as the ‘sharing economy’ these days is really just more capitalism,” he told me.

Advocates of worker-owned cooperatives concentrate primarily on changing relations of production rather than simply reconfiguring distribution. Labor cooperatives have existed for centuries and, as many authors have recently pointed out, have been an integral – if often erased – part of the American experience. According to economist Richard Wolff, cooperatives offer a genuine alternative to traditional capitalism’s hierarchical dichotomy between owner and worker – something the sharing economy neither challenges nor alters.

“All the workers,” says Wolff, “whatever they do inside an enterprise, have to be able to participate in collectively arriving at the decisions what, how, where to produce, and what to do with the profits in a democratic way.”

Worker-owned cooperatives democratize economic decision-making at the level of production. And so the operative terms are different. Instead of a “sharing economy,” those in the worker-owned cooperatives movement advocate a solidarity economy. In his article on Oakland-based worker cooperatives, Eric James Anderson writes: “’Solidarity economy’ is an international term that has only just been gaining favor in the United States in the last ten years. Though the term denotes a variety of social justice enterprises and endeavors, it differs importantly from the nonprofit model in that it promotes collaborative self-reliance, as opposed to grant funding.”

Further explaining the difference, Al Jazeera reporter Ned Resnikoff writes: “Whereas there is little in practice to distinguish sharing economy businesses like Airbnb and Uber from other top-down firms, [worker cooperatives] are founded on the principle of equal work for an equal share.”

Recently, such cooperatives have emerged in California’s technology industry. Firms like Tech Collective and Design Action Collective offer the services the technology industry needs, but their decisions regarding production, distribution, employee policies, and long-term vision are made by the workers rather than investors or aloof CEOs. The workers, who are closer to the everydayness of working life, see things differently than the purveyors of investment capital.

The specific ways in which that vision differs from traditional capitalism was the subject of my brief interview with Nagara, in which we discussed sharing versus solidarity, capitalism versus worker management, and the very important internal cultural transformation garnered by worker ownership:

Matt Stannard: What are the essential differences between the “sharing economy” and a solidarity economy?

Innosanto Nagara: I understand that at the grassroots level, the “sharing economy” can be something appealing to folks who are about building community and reducing waste. But what is now being referred to as the sharing economy is actually just “hip” companies trying to do an end-run around health and safety regulations, labor laws, and accessibility standards. Uber, AirBnB, Lyft, etc. are not about sharing anything. For some reason they think that the fact that they use an app as an interface for placing orders means that they are exempt from all the regulations that communities have fought for years to put into place to ensure safe and equitable operations (taxi services, hotel service, etc.).

So I don’t really understand what it has to do with anything progressive. The solidarity economy is about building institutions that engage in economic activities that bolster community health, prosperity, and sustainability. It’s a response to the capitalist economy that thrives only through consolidation of wealth-generating methods into the hands of the greediest (private ownership of means of production). As well as the state-centralized models that don’t thrive. What is being referred to as the “sharing economy” these days is really just more capitalism.

MS: What values and ethical beliefs emerge from working in a cooperative? How does it change (or perhaps reinforce) your assumptions about human nature?

IN: Worker ownership is about alienation versus empowerment. For human beings to be able to be their full selves, they need to have a say in the affairs that affect their lives. We believe this to be true (whether we successfully implement it or not) when it comes to democratic governance. But for some reason we’re meant to think it’s okay to check our voices at the door every day when we arrive at work. How can we live in a democratic society when most working people spend the majority of their waking lives in what Chomsky refers to as “private tyrannies”?

Those working in democratic organizations learn to value themselves, as well as the products of their labor and the communities that they live in. Having worked in worker coops now for 20 years, I have seen so many people go from worker bee to leader within their organizations. It gives you a very positive view of human nature, when properly nurtured.

MS: I’m interested in the point in the Al Jazeera article about the presence of women and people of color in tech cooperatives, as compared to traditional capitalist enterprises. What are your thoughts about this?

IN: Traditional capitalist enterprises have a very narrow margin for success, and as such are very conservative and reflect the values, cultures and biases of those who have traditionally accumulated wealth and power in this country. They don’t succeed because they are great. They make it because those who have accumulated wealth before them, and those before them going back to slavery and colonialism, gamble on them.

Tech coops aren’t inherently more diverse, but they are a model that women and people of color can access to create their own. The model is appealing to women and people of color because the values align with those needed in broader struggles for social justice and equality. Basically, those who are less able to access capital are more likely to figure out how to pool resources and skills. And when everyone is contributing, what’s the justification for artificial hierarchies?

MS: Are there challenges or problems found in cooperative work that might not be found in traditional firms?

IN: The main internal challenge coops face is also one of their main strengths, which is that they tend to be more deliberative and as such less agile. But what makes traditional firms agile is the reliance on one person (the owner) to make quick and brash course changes as he (usually a he) sees fit. That agility, when paired with the thrill of the chase allows for higher risk gambling, which sometimes pays off. Established coops are not as good at high stakes gambling, and sometimes go over the edge on the other side–being unable to shift at all in the face of adversity. But on the aggregate, the accumulation of better decisions over time is probably they key reason why coops also have a higher success rate compared to the constant cycle of entrepreneurial startups.

Externally, coops face the challenge of being disfavored by the system. The system is built to favor large corporations, and the degree to which there is investment in small to mid-sized businesses (where coops tend to live) there are many barriers to accessing resources if you’re not that charismatic entrepreneur with traditional equity to offer. Most states don’t even have a clear way for worker coops to incorporate, and tax law, bank requirements, development incentives, etc. all fail to recognize worker coops as a model, much less invest in them the way they do, say, franchise businesses.

Matt Stannard is policy director at Commonomics USA and a member of the Board of the Public Banking Institute.