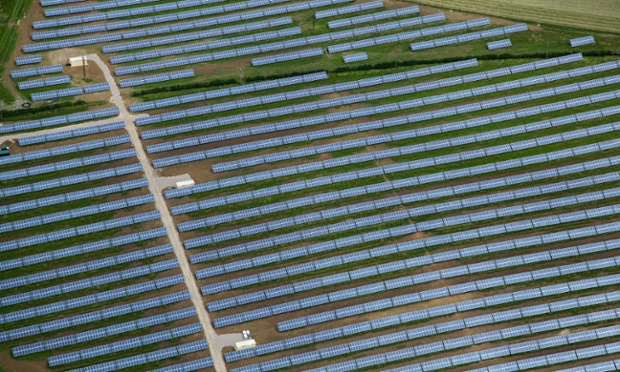 Around 40GW of solar power was installed last year, meaning there is now a total of 178GW to meet world electricity demand, prompting renewable energy associations to claim that a tipping point has been reached that will allow rapid acceleration of the technology.

“For the first time ever in Europe, renewables produced more power than nuclear – and solar power was key in achieving this remarkable achievement,” said Michael Schmela, executive adviser to trade body SolarPower Europe, which compiled the statistics published on Tuesday [9 Jun].

Britain led the European solar expansion, with government incentives helping to add 2.4GW of solar resources to the domestic market, and a third to Europe’s overall 7GW of growth.

Unofficial sources estimated the British numbers even higher – at up to 3GW – based on an analysis of solar module shipments.

“The success of the UK, set to be the largest European market again in 2015, reinforces the evidence that solar power is a versatile and cost-efficient energy source in any climate,” said James Watson, the CEO of SolarPower Europe, formerly known as the European Photovoltaic Industry Association.

SolarPower Europe argues that to nudge Europe away from fossil fuels, better market access will be crucial for solar in a new EU energy market design proposal expected next year.

Although global growth was impressive, the European pace of development last year slowed to its lowest since 2009, as incentives known as feed-in tariffs were removed across Europe in 2014. Even Germany, the continent’s largest solar market, saw a slight decline in annual installed capacity to 1.9GW, as incentives were cut and market uncertainties increased.

There are fears in Brussels of another solar trade spat with China in the offing, with tough import duties slapped on three Chinese firms last week for violating minimum pricing agreements.

Some German solar panel manufacturers have suffered from state-subsidised Chinese competition. Industry sources though say that the removal of minimum pricing agreements would lower costs in Europe and boost growth across the sector.

One unexpected byproduct of the boom has been that the scale of solar panel distribution between utilities and consumer rooftops has started to balance out. In Europe, the report found that around 40% of solar energy in Europe now comes from utilities, while the amount generated by rooftops has fallen to 60%.