Slavery, Genocide, Abuse: The Dark Side of Asia’s ‘Tiger Economies’

From declining worker protections to violent labor trafficking and ethnic cleansing, the dark underbelly of Southeast Asia’s “tiger economies” is on full display this year.

23 Jun 2015 – A few years ago, Southeast Asia’s rapidly growing “tiger economies” were the envy of the world. Today, the area is better known for a trio of maladies: ethnic cleansing, burgeoning inequality, and super-exploited labor.

The sorry state of human rights and labor protections in the region has been driven home by three events that captured the world’s attention.

On the high seas, thousands of Rohingya refugees from Myanmar found themselves stranded and desperate when neighboring states refused to accept them. In Indonesia, investigators discovered illegal fish factories run by captive migrant laborers. And last May in the Philippines, 72 workers perished in a horrific factory fire.

As the Association of Southeast Asian States, or ASEAN, prepares to integrate the region’s economies by the end of 2015, it’s worth asking what it is these countries will be combining — their markets or their deep-seated social problems?

The plight of the Rohingya is the culmination of three years of riots and violent attacks directed at Burma’s Muslim minority, who make up over 30 percent of the population in the state of Rakhine.

Tensions between the Rohingya and the Buddhist majority have been building for years. With the easing of military control as the country makes its jerky transition to democracy, friction has given way to violence, oftentimes sparked by wild allegations of Rohingya men raping Buddhist women.

Burmese authorities officially consider the 1.3 million Rohingya to be stateless intruders from neighboring Bangladesh, largely abandoning them to the tender mercies of Buddhist mobs often led by monks. The result has been the region’s worst case of ethnic cleansing in modern memory.

To escape brutal persecution, many Rohingya have increasingly resorted to flight, contracting smugglers and traffickers to bring them by sea and land to other countries. This option has turned out to be as perilous as staying. Traffickers have sold many Rohingya, along with other Burmese, as forced labor to the notorious Thai fishing industry. Others are met with hostile receptions from neighboring countries.

Last month, an estimated 7,000 Rohingya refugees crammed into fragile boats bound for friendlier shores. Yet they were repelled by the Thai, Malaysian, and Indonesian navies and left floating aimlessly in the Indian Ocean and Andaman Sea.

Under pressure from the United Nations and other international bodies, Myanmar’s neighbors eventually softened their stance toward the refugees. The Philippines opened its borders to some. And after heavy criticism, so did Malaysia and Indonesia — if only grudgingly. Thailand, however, made clear it would not offer asylum to any of them, a hardline stance also adopted by Australian Prime Minister Tony Abbott.

Voices from all over the globe, including the United Nations General Assembly, have called on the Myanmar government to end the ethnic cleansing and give citizenship rights to the Rohingya. One voice, however, has been notably silent: Nobel Prize laureate Aung Sang Suu Kyi.

Never in the last three years has the famed pro-democracy advocate spoken on behalf of the Rohingya, even if only to ask her Buddhist compatriots to stop persecuting them. Owing to international pressure, her party, the National League for Democracy, has — finally and grudgingly — called for citizenship for the Rohingya. But the statement was not issued in her name.

Observers speculate that Suu Kyi hopes to avoid offending the country’s Buddhist majority, whose votes her party needs in Burma’s coming electoral contests — and which she herself will need if she runs for president. But the longer “Daw Suu” stays silent, the more people will conclude that she doesn’t believe the Rohingya deserve to be citizens either — and the more this global moral icon will be regarded as complicit in genocide. 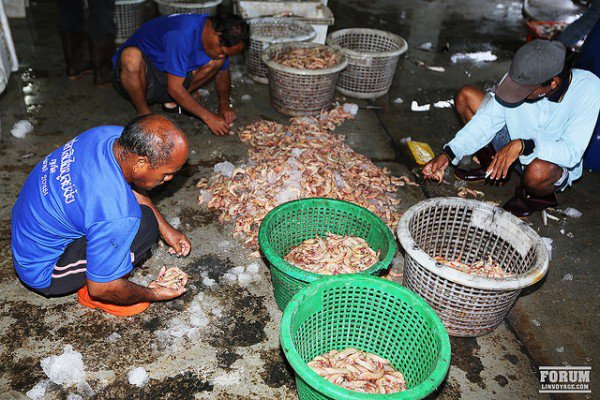 This March, a superb Associated Press report on forced labor on the Indonesian island of Benjina called the world’s attention to one of Southeast Asia’s unspoken dirty secrets: the dependence of the Thai fishing industry on slavery. Over 500 workers were found imprisoned on the island.

The resort to slave labor, according to a report by the International Labor Organization and Thailand’s Chulalongkorn University, comes as profits are being squeezed by smaller catches, higher fuel costs, and the reluctance of Thai nationals to work in a low-paying, hazardous industry involving long periods at sea.

So Thai fishing and canning factories have turned to foreign workers — especially from Burma and Cambodia, where smuggling networks have sprung up to recruit workers. Deception is almost invariably involved, with prospective workers promised higher-paying construction or agriculture jobs only to be sold to fishing vessels, where they work for a pittance or nothing at all.

The traffickers treat these undocumented workers with extreme brutality. Recently discovered mass graves — reportedly containing the remains of hundreds of people along smuggling routes in Thailand and Malaysia — bear mute testimony to what happens to those who get sick, suffer accidents, or resist.

Government officials are often worse than useless. As the ILO-Chulalongkorn report notes, “The direct involvement and/or facilitation of law enforcement officials in these crimes is a significant problem that has remained inadequately addressed. Although authorities reportedly investigated several cases of complicity by law enforcement officials during 2011-2012, no prosecutions or convictions were carried through.” Not surprisingly, “rather than seeking out protection for abuses or filing complaints to the proper authorities, many migrant fishers will choose to keep quiet out of fear of blacklisting, arrest, or deportation.”

The highly publicized recent arrest of a three-star Thai general for human trafficking underlines how deeply government officials are involved in the business. Yet few anticipate that he’ll be successfully prosecuted.

A Decimated Working Class in the Philippines

Government complicity was also instrumental in the Philippines’ worst-ever factory fire last May.

In interviews with some 30 survivors, I learned that both national and local authorities had issued safety clearances for the Kentex footwear factory, despite the fact that it had no emergency exits, the windows were barred, no fire drills were conducted, and no serious fire inspections were carried out. The obviously lax enforcement of safety regulations is not accidental. Kentex incarnates the Philippine government’s lenient treatment of the capitalist enterprises it sees as a source of growth, wealth, and jobs.

According to the survivors, some 20 percent of the workforce at the factory consisted of casual workers or “pakyawan,” including some minors brought in by their mothers to earn some extra money for the family over the summer. They received about $4.50 for a day’s work, or less than half the current minimum wage for the national capital region.

Another 40 to 60 percent were contractual workers recruited by a “manpower agency,” an organization devised to allow employers to avoid regularizing workers who might otherwise vote to form a union. While these non-unionized workers received the minimum daily wage, the agency skimmed off the required social security, health, and housing benefits provided by the employer. “They don’t pay our monthly installments,” one survivor angrily told me.

At the most, 20 percent of the workers were regular employees who belonged to a union. But as one of the union members himself volunteered cynically, “We are a company union.” 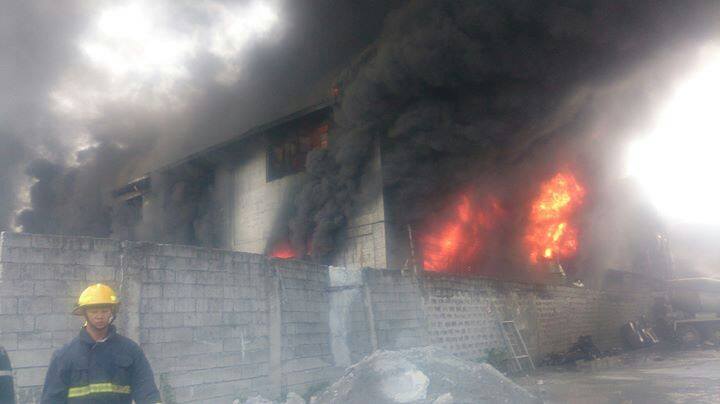 A Secret No Longer

Kentex is a microcosm of labor-capital relations in Southeast Asia today.

The trend toward contractualization — pushed by local and foreign investors, accommodated by governments, and legitimized by economists — has led to the disorganization and de-unionization of the labor force, which in turn makes rights abuses and disasters all the more likely. Today, only about 10 percent of the Philippine work force is organized, with one prominent labor leader admitting, “Ironically, labor unions are not as politically strong today as during the dictatorial regime of President Marcos.”

In his “State of the Nation” address last year, President Benigno Aquino III boasted that there were only two worker strikes in 2013 and just one in 2014. That the president considered this news positive only showed how detached from reality he was, for the radical reduction of the number of strikes doesn’t come from improving living standards but from the weakening of labor’s bargaining power. It comes from pro-management government policies, a widespread failure to enforce labor laws, and aggressive union-busting by employers.

Some labor leaders see a silver lining in the Kentex tragedy. “The 72 lives lost were a terrible, terrible loss,” said Josua Mata, secretary general of the labor federation Sentro. “But if this tragedy brings to the national consciousness the unacceptable state to which management and government have reduced our workers and inaugurates an era of reform, then their sacrifice might not be in vain.”

That remains to be seen. But when it comes to declining workers’ rights, violent labor trafficking, and ethnic cleansing, no one can say the dark underbelly of the “tiger economies” is a secret any longer.

Until his resignation from the House of Representatives of the Philippines two months ago over differences with the Aquino administration, FPIF columnist Walden Bello chaired the House Committee on Overseas Workers’ Affairs and was one of the principal authors of the Security of Tenure Bill designed to end contractualization. An earlier version of this piece appeared at Telesur English.